According to the province’s agriculture minister, thousands of farm animals died in the BC floods, and thousands more will be “in need of food” in the next few days.

“These are very difficult times for agriculture in BC and our producers,” said Lana Popham.

Popham said her department has had more than 300 contacts with BC agricultural groups and individual farms since the flooding began earlier this week.

“I feel confident that we’ve covered most of the commodity groups and people understand that we’re there with them,” she said.

Hundreds of farms have been affected by the floods, including those that are underwater and those that have dried up, but are cut off from needed resources.

Many farmers on the Sumas grasslands in Abbotsford stayed behind, despite the evacuation order, refusing to give up their livestock.

Owners and volunteers are doing their best to save the animals.

Panicked cows are being dragged one by one through the treacherous floodwaters behind jet skis. They are then towed to a safe place and loaded into a trailer.

One of the people using boats to help with the effort is Menno Koehoorn, a resident of Abbotsford.

“The cows are very confused,” Koehoorn told CTV News. “Of course they’re shivering and shaking and panicking… There’s a lot of brave people out there – 50, 60 people wading across.”

He’s been on the water for the past two days.

“The best part is that we are a community, so everyone is helping people,” said Koehoorn.

However, the situation is painful.

“There will be dead cattle, dead chickens and a few other things,” said Mayor Henry Braun of Abbotsford. “We know that a lot of cows have come out. The heroic efforts of our farmers are unbelievable. I wish you could see what I saw.”

However, the emotional mayor said many calves drown when the water rises to 4 or 5 feet.

Paulette Johnson, 66, and husband David, 86, were rescued from their farm on Tuesday after a terrifying 24 hours in the floodplain. Her husband fell ill and has been hospitalized ever since.

“I was scared, but I didn’t let myself get scared because I knew I couldn’t,” Johnson said. “I am really worried about my husband and herd.”

She said the water rose quickly, flooding her house and causing cows to stand in the water too.

“The hay starts to float and they eat the grass as it floats,” she explains.

She says her neighbors have been able to care for the animals and that water has begun to recede at their farm.

She is extremely grateful to those who rescued her after previous attempts failed.

Meanwhile, Popham promised disaster relief funds to farmers affected by the disaster and added that BC is working with other provinces, the federal government and private businesses that have not been affected. by floods in an effort to secure food and other resources – such as medical care – for the animals that survived the floods.

“There will be waves of death, but there are also animals that will survive that will be in dire need of food over the next few days,” Popham said.

According to the minister, flooding in the Fraser Valley also inundated the province’s veterinary laboratory, which conducts disease testing on livestock in the province, as well as checks the safety of BC milk.

Popham said Alberta and Saskatchewan provided their labs to test milk while the BC facility was down.

The Agriculture Secretary’s comments come after earlier comments by the mayor of Abbotsford regarding the devastation in the Sumas Grasslands.

“I saw cages that looked like they were filled with water,” says Braun. “I can’t imagine that there are any birds alive.”

Dairy and chicken farms cover the area, where residents of 1,000 properties were told to evacuate on Tuesday.

Farmers spent hours on Tuesday transporting their livestock to safety, in some cases relying on boats and other watercraft.

Braun said he has witnessed farmers have to trudge across 1.5 meters of water to get livestock out.

The situation became even more dramatic on Tuesday night when a vital pumping station appeared to be overloaded. Braun urged farmers who ignored evacuation orders to leave their livestock and get out.

By Wednesday, the pumping station was surrounded by sandbags and Braun said he felt better about the situation.

The BC Dairy Association’s board chairman said flooding in parts of southern British Columbia had forced farmers to rely on each other to save their livestock.

Holger Schwichtenberg said it’s unclear how many farmers are working to move their milking cows, but in such situations they would seek help to get their animals out. basis.

He said 25 to 30 cows were shipped to his private ranch in Agassiz on Tuesday from another farm in the Fraser Valley, east of Vancouver.

“This is an example of an industry coming together when things really go bad,” says Schwichtenberg. “We’re doing the best we can with the situation we’ve been given and it’s a difficult situation.”

Moving pets is time consuming and stressful for the pet and those involved.

“You’ve got trucks, you’ve got neighbors, you’ve got anybody who has a pickup truck or something to bring the cattle in and you either start moving them to higher ground or you’ve arranged to get them out region,” said Schwichtenberg.

Braun said Tuesday watching farmers work to save their animals is “heartbreaking.”

“They want to protect their animals. Many people will sacrifice their lives for their animals,” Braun told reporters.

Schwichtenberg said this week’s floods have strained an industry that is still reeling from a disastrous summer.

“We’ve had a long, hot summer, we’ve had a bad growing season unless you have irrigation, the ongoing effects of COVID, and now we’re in a situation,” he said. this state.

“It’s testing the resilience of dairy farmers, that’s for sure.”

With files from the Canadian Press.

'Eye for an eye': What this vote means for the future of Democrats 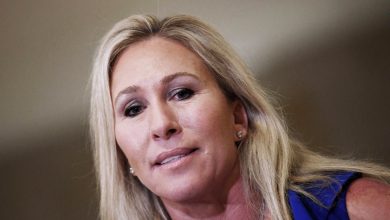 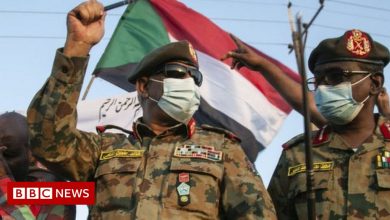 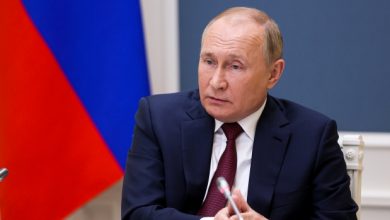 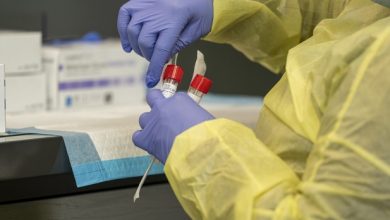 The US receives more than 100,000 new COVID-19 cases per day on average, the highest level in two months