AI: Somnium Files – Nirvana . Initiative is a murder mystery through time, gripping from its beginning to its end. Written by Kotaro Uchikoshi, who also wrote the excellent Zero Escape trilogy, Nirvana . Initiative just as effective as a single story because it’s a gripping sequel to 2019 AI: Somnium files. It’s a well-paced visual novel wrapped in detective mysteries and filled with surprises at every corner.

The game follows two main characters: the returning character Mizuki Okiura and the new guy Ryuki Kuruto. Both are Agents of ABIS, Advanced Brain Investigation Team. Members of this unit of the Tokyo Metropolitan Police Department “psync” with the suspects using a large machine to delve into their subconscious and uncover their secrets.

The game jumps between two different time periods, six years apart. When the right half of a corpse is discovered in an earlier timeline, both Ryuki and Mizuki are sent down a bizarre rabbit hole – their search for the other half is fruitless for six years. then, back to the present time. Mizuki and Ryuki both have AI-Balls equipped in their left eye sockets, named Aiba and Tama respectively. They are automated AIs that aid investigations with X-ray vision or complex calculations.

Nirvana . Initiative primarily a visual novel in which Ryuki or Mizuki travel to different locations across Tokyo to investigate crime scenes. Upon arrival at these locations, the player can switch between x-ray imaging and thermal vision to interact with pieces of evidence. After gathering all the evidence, Ryuki and Mizuki re-enact the crimes, while their AI-Ball partners humorously pretend to record them as a TV show. In these segments, players will need to make precise choices and place evidence in the timeline.

At certain points, Aiba and Tama plunge into the “Somnium” dungeon, which is a manifestation of the character’s psyche. You learn more about the characters and their pasts by solving Somnium puzzles about their past lives. For example, a genetics-obsessed egotistical (associated with eugenics) has an entire dungeon dedicated to creating perfect specimens of humans.

All Somniums are very creative, even if the story requires entering the same character’s Somnium more than once. One particular dungeon is called “Kusemon Go” in homage to the increasingly popular Pokémon Go. Its aesthetics and mechanics also go well with monster-collecting games – you have to “catch” some of the main actors and use them to “battle” NPCs much like a gym leader. Even the dungeon’s music sounds as if it were composed using the chiptune songs you hear in the main Pokémon games.

Nirvana . InitiativeMy scenario is filled with references to real-world conspiracy theories (the main theory being that the world is just a simulation). What makes them so fascinating is that they use real scientific theories to try and explain them, like three-way principle and two-slot test. In this way, the story has equal parts based on background and foresight – an amazing blend of logic and mystery. The way the characters justify such odd, conspiratorial beliefs is incredibly entertaining and makes you wonder if maybe, just maybe, they might be right.

The story builds to a beautiful climax, in the way of a revelation that re-writes everything that happened before. I was glued to the screen, obsessed with trying to figure out the motive and identity of the killer behind the bust murders – but the episode changed my interpretation of future events. future. In the final stage of the game, I am absolutely certain that another curve is coming my way. I will not spoil whether it is.

It helps that too Nirvana InitiativThe cast of characters is very interesting. As a rookie in the task force, Ryuki wants nothing more than to impress his superiors. He’s the complete opposite of the first game’s protagonist, Kaname Date. The metamorphosis of the day turned off some playersas it sometimes conflicts with the game’s darker moments.

Ryuki was much more tame, but around him was an atmosphere of mystery. Throughout the game, you get the feeling, through his dialogue, that there’s something wrong with him. To make up for Ryuki’s reticence, Tama, his erotic AI-Ball, frequently makes sexist jokes. But on the contrary AI: Somnium files‘frequent use of allusion can detract from tense scenes, Nirvana . Initiative smarter about when to deploy his comics. It knows when to lean on attraction, and when to let its gruesome murders drive action forward. In the first game, Mizuki was extremely challenging to authority, and I’m glad they tackled her rebellious personality even further in Nirvana . Initiative. Her lines are sarcastic and humorous, often balancing Ryuki’s more reading-loving attitude.

In the end, the dialogue flows through, whether in the gritty moments or the joyful moments, aided by the superb English voiceovers of Corina Boettger and Erika Harlacher, who reprise their roles as Mizuki and Their Aiba. Newcomers Stephen Fu and Anairis Quiñones also do well in their roles as Ryuki and Tama.

In terms of structure, Nirvana . Initiative is extremely linear, and therefore, constant. In the first game and in the Zero Escape series, Uchikoshi and his teams provided engaging narrative schemes. Nirvana . Initiativediagram’s not much opportunity to discover facts on your own terms. Instead, you’re almost completely immersed in Ryuki’s part of the entire story first, and then Mizuki’s. All in all, it’s a more tailored storyline and may feel more manageable for players new to Uchikoshi’s scenarios – but I found myself missing out on the stunning plot web. overwhelm it to wander.

Another smaller appeal is that loading times can be unusually long, even when playing the PlayStation 4 version through backwards compatibility on PlayStation 5. The main menu is also a bit unresponsive as it takes a few clicks. before I can get to the save game button. But none of these issues have been detrimental to my overall experience, and I didn’t experience crashes or anything that breaks the game.

AI: Somnium Files – Nirvana . Initiative boasts a gripping story, along with some great plot twists that caught me completely off guard. Its investigations are fascinating, and its Somnium dungeons are both colorful and foreboding. Nirvana . Initiative is an insanely wacky game, bursting with lively characters, tough puzzles, and loads of weird sci-fi detours. And once it builds momentum, it won’t give up. It wouldn’t be stressful to say I love it.

AI: Somnium Files – Nirvana . Initiative was released on June 24 on Windows PC, PlayStation 4, PlayStation 5, Xbox One, Xbox Series X. and Nintendo Switch. The game has been evaluated on PS5 using a PS4 pre-release download code provided by Spike Chunsoft. Vox Media has an affiliate partnership. These do not affect editorial content, although Vox Media may earn commissions for products purchased through affiliate links. You can find Additional information on Polygon’s ethics policy can be found here.

Undeciphered: Body discovered on Galveston beach in May 2020 remains a mystery 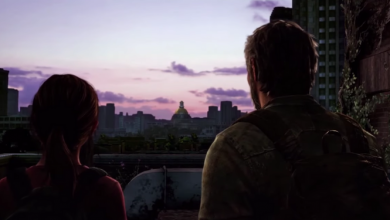 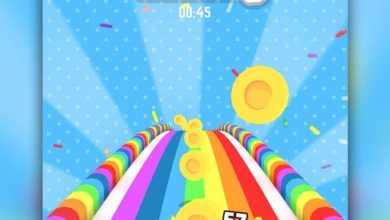 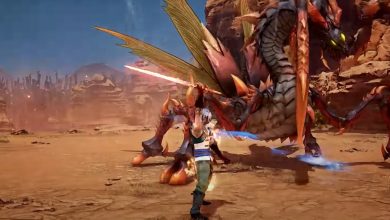 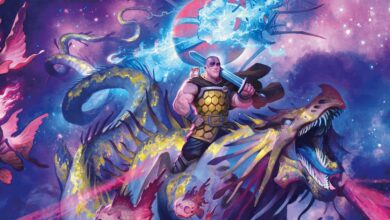