But Selipsky offers another path to that growth, making it clear that AWS is poised to expand beyond general-purpose cloud technologies to services designed for use cases. and industry specific. This is a departure from the strategy pursued by Jassy, ​​who succeeded Jeff Bezos as Amazon CEO in July.

In a two-hour speech, with a long list of new and updated AWS services and products, plus a history lesson on those at the forefront of technology, which serves as an executive summary of Selipsky’s message:

In the 15 years since we launched AWS, the cloud has become not only another technological revolution, but also a driver of fundamental change in the way businesses operate. There is no industry that is untouched, and no business that cannot be completely disrupted. And each of us here today is part of that movement.

But despite what feels like massive adoption, we’re really just getting started. Analysts estimate that perhaps 5 to 15% of IT spending has moved to the cloud. There is a lot of workload that will move in the coming years. Such innovation has yet to come; as an opportunity for all of us together.

We’re building capabilities like never before, pushing the edge of the cloud to new places with things like 5g and IoT. We’re working towards seamless integration of data, analytics, and machine learning, which will be transformative. We tailor services and applications to specific industry and customer use cases. The possibilities there are endless.

Selipsky was discussed plans to increase AWS’ focus on industry verticals in the interviews leading up to the event. AWS was the first and remains the market share leader in the public cloud, but rivals Microsoft Azure and Google Cloud have been more aggressive in targeting verticals in an attempt to catch up.

Before: Amazon prepares for a ‘many robot’ world: RoboRunner cloud service builds on its own warehouse technology 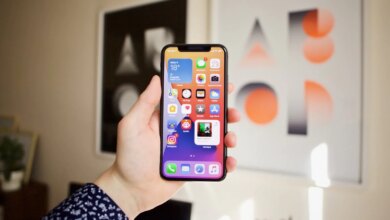 Do you ban these apps on iPhone and Android phones? Delete them now Facebook Whistleblower Frances Haugen Testifies Before US Congress: Top Quotes From the Hearing