This just in: Bianca Andreescu is on fire again and quickly showing the vintage form that led her to the 2019 US Open title.

On Monday, the 21-year-old Canadian and No.6 seed plays No.17 Maria Sakkari in a fourth-round match in New York.

Saturday, when Andreescu dusted lucky loser Greet Minnen 6-1, 6-2, she raised her career record at the US Open to a perfect 10-0.

“I know that I was 10-0,” Andreescu said afterward, “but I didn’t know only a certain amount of people did that. So for me, hearing it, I feel very grateful to have accomplished that and to be alongside those amazing players.

As a 19-year-old playing in the main draw, she ran the table, beating Serena Williams in the final. But Andreescu has essentially spent the past two years trying to recapture that incandescent form.

A knee injury at the 2019 WTA finals cost her the entire 2020 season, and she’s been dogged by all kinds of misfortune in 2021. She was one-and-done at Roland Garros and Wimbledon and won a total of two matches in three months coming into this US Open.

As for her upcoming match, Andreescu, asked by reporters for a scouting report on Sakkari, offered this:

“But I’m also all those things, so it’s going to be good. I’m pumped.”

The power groundstrokes, the fluid movement, the good-decision making – it’s all increasingly been on display for Andreescu. She’s won six of seven sets, but now she’ll face her first seeded player in Sakkari. The first three victories came against Viktorija Golubic (ranked No.45), Lauren Davis (No.98) and Minnen (No.104).

Still, Andreescu fought through some adversity along the way. She was down a break in the third set against Golubic before winning the 2-hour, 48-minute match at 12:45 a.m. Against Davis, she was down a break four different times. But the win versus Minnen was her most one-sided since defeating Garbiñe Muguruza in the 2019 Indian Wells quarterfinals. That was 30 months ago.

Sakkari, who defeated No.10 Petra Kvitova 6-4, 6-3 in the last round, scored her eighth Top 20 win of the season and finds herself in the fourth round for the second year in a row.

“I’m prepared that it’s going to be a very, very tough match for both of us, because last time we played each other, it was very close,” Sakkari told reporters. “I’m just going to stick to what I’m doing good right now and stay with the same mindset. Just keep believing in myself that I can go further in this tournament.”

“I kind of know what to expect a little bit, but at the same time I want to go out there not really thinking too much and looking back at our previous match. I want to stay zoned in in the present moment, and whatever she brings my way, I’ll be ready.”

Yes, incredibly, it’s the only unseeded matchup in the fourth round, between the No. 43-ranked Rogers and No.150 Raducanu. If the original seeds had held, this one would have been No.1 Ashleigh Barty against No.13 Jennifer Brady, who pulled out before the event began.

The suddenly irresistible force meets the seemingly immovable object, as the wild ride of Raducanu continues.

The 18-year-old from Great Britain is playing in the second Grand Slam main draw of her life – and, against great odds, she’s reached the fourth round of each. Yes, she’s started her career by winning seven of eight matches at the majors. With the World No.1 awaiting.

Raducanu’s latest win: A 6-0, 6-1 win against Sara Sorribes Tormo. Raducanu won the first 11 games against a player ranked No.41 – some 109 spots higher. Sorribes Tormo came in with a 29-15 record and a title at Guadalajara.

And all Rogers did was beat Barty for the first time in six tries; she had lost to the World No.1 four times in 2021 alone.

“Tennis is very up-and-down,” Rogers said afterward. “I just wanted to try to find my game again here. Tennis is funny like that, too. Right when you’re just like, `Why can I not hit a ball in the court,’ then you do something like this and you love the sport all over again.

“I am very thrilled with my first week here. Just got to stay focused and keep going because I don’t want to be done yet.”

Going back to qualifying, Raducanu has won six matches in 11 days – and all 12 sets. And to think, as recently as mid-June, she was ranked outside the Top 350. Raducanu has won 15 of past 19 matches (at all levels) and is closing in on a Top 100 debut.

Raducanu joins Sue Barker as the only British woman to reach a major Round of 16 twice before turning 19 years old.

“I’m going to have to do a little bit of scouting, I think,” Rogers said. “But she’s fearless. She is playing very well and she’s inspired. It’s going to be a battle. I am ready for it.

“That’s the cool thing about tennis, you have to adjust every single time and make a new strategy. We’ll prepare for that. We got a day and a half to get ready and recover and try to do it again.”

No.7 Iga Swiatek vs. No.11 Belinda Bencic

Don’t look now, but in this disjointed season Swiatek is the only player to make it through to the second week of all four majors.

“I’m pretty proud of that,” Swiatek said. “I was thinking about it, like, two days ago that it’s the only year basically when I don’t have any injury and I don’t have to deal with that. I have other problems right now, but it’s easier when my body’s actually listening to me.

By advancing to the #USOpen Round of 16, Iga Swiatek becomes the only woman to reach the second week at all four Slams in 2021.

Faces Belinda Bencic in a rematch of the Adelaide final.

“For sure you can lose to anybody right now who’s in the second week, so …  I don’t care. I just want to play good tennis. I’ll just try to enjoy it no matter what the result is going to be.”

Bencic dispatched No.23 Jessica Pegula 6-2, 6-4 and has dropped only two service games in three matches.

“I had really a good feeling again on the court today,” Bencic said. “I felt my serve was working well, which was helping me a lot. My service games, they kind of felt easier to win, so I felt that put more pressure on my opponent.”

Said Swiatek, “She’s heavy hitter, she likes to take the ball early. It’s hard to play against her because she doesn’t let her opponents find the rhythm. She just won the Olympics, so I can actually try to play without any expectations and see how it’s going to go.”

No.4 Karolina Pliskova vs. No.14 Anastasia Pavlyuchenkova

On a certain level, Pliskova is fortunate to be in the fourth round.

In the second round, she trailed Amanda Anisimova 4-1 in a third-set tiebreaker. Somehow she escaped and finished the match with 24 aces – the most by a woman at the US Open since they began keeping the statistic in 1998.

Pliskova followed that up with 20 aces in a 6-3, 6-2 victory over Ajla Tomljanovic.

“I was just feeling confident coming to this match,” Pliskova said later. “Of course, I was serving pretty well, even better than the match before. So that kind of helped me a bit. Even the game from the baseline, I thought it was pretty solid today.”

Head-to-head: 6-2, Pliskova, but with this caveat: Pavlyuchenkova has won the two most recent matches, at 2020 Australian Open and 2021 Madrid – both in straight sets. 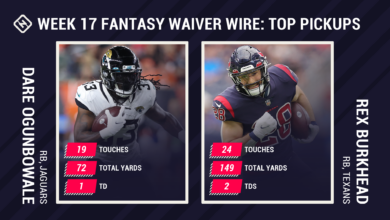 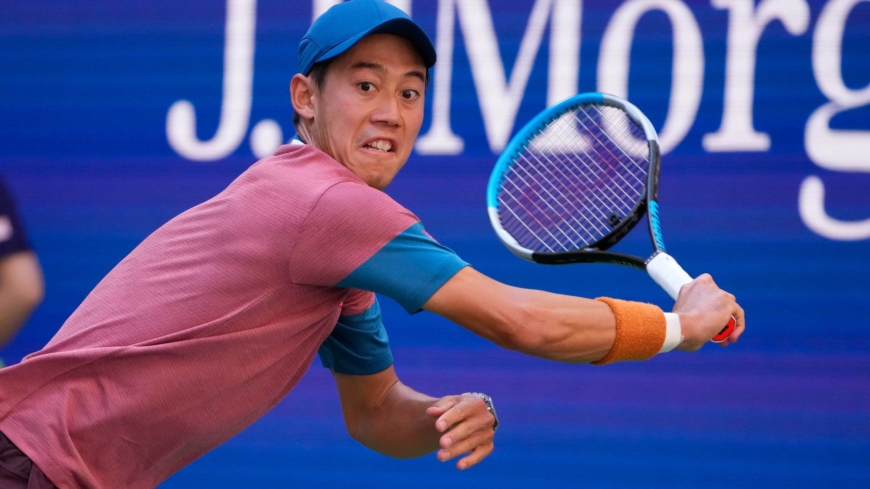 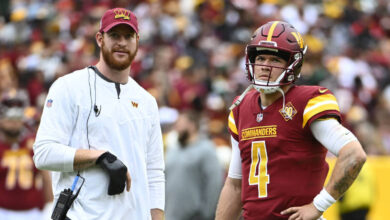