British farmers take a “strange” and outdated stance on free trade, and British agriculture has nothing to fear from the deal with Australia, Canberra’s outgoing high commissioner has insisted.

George Brandis, who has been Australia’s special envoy to the UK since May 2018, said the new deal was “not a bad deal for Britain”, adding that he was “appalled” by “global trade fear culture” of farmers.

In an interview with the Financial Times to mark the end of his post, Brandis said farmers should be more open to the benefits of international trade and competition, after the UK leaves the Policy. Union Agriculture.

Despite concerns from the agriculture industry that the bilateral pact would negatively affect farmers, Brandis said farmers have struggled to “confront the cultural change” driven by Brexit.

“One thing that really surprised me when I went to the first meeting of the National Farmers’ Union was that it was as if the Corn Law hadn’t been repealed. I feel like the specter of Robert Peel is passing,” he said, referring to the mid-19th-century Conservative prime minister who advocated free trade and the abolition of protectionist measures.

“These people really think it’s a good idea to keep food prices higher than normal and that’s because I think a lot of British farmers already have access to the agricultural subsidy system and EU’s highly regulated trade”.

Brandis referenced another NFU conference, where one farmer emphasized that “the biggest threat to our business is trade”. “Of course, he meant international trade and competition,” Brandis said. “It’s a fear of competition but a reluctance to take risks in the global marketplace.”

In response, Minette Batters, chair of the NFU, said: “Economic conditions at the time of the Corn Law could hardly have had little to do with British agriculture today”, adding that free trade meant British people enjoy cheap food.

Batters said: “The government’s review of the agreement with Australia shows that cattle and sheep farmers will, among others, be negatively impacted to prices around £150m. The High Commissioner certainly knows this only exacerbates the precarious trading conditions facing UK farm businesses”.

The High Commissioner said the most important aspect of the UK-Australia trade deal, which was signed last year but has yet to be ratified, is the relaxation of visa requirements, particularly for youth travel visas. . “The influx of people, especially young and talented people, at a time of global talent shortage will be a very important outcome of this free trade agreement.”

The 64-year-old former attorney general, who was a senator for 18 years, says that in his experience UK politics has “more bureaucratic inertia” than Australia’s.

He added that the “century-old” culture in Whitehall leads to “huge” bureaucratic power, which “sits next to political power and can slow things down and prevent them from happening”.

Brandis cites the decision of Matthew Rycroft, permanent secretary of the Interior Department, to issue the so-called “direction of the ministryOn government policy towards asylum seekers in Rwanda as an example of how officials can “significantly influence the outcome of a ministerial decision”.

Many UK government policy initiatives have been influenced by initiatives in Australia, such as foreign processing for asylum seekers, a points-based migration system and a tougher stance. for China.

Brandis cited the “more agile” of his country’s political system as inspiration. “Australia solved some problems at an earlier time than the UK solved them and resolved them more quickly.”

But Brandis also said Australia’s political debate was “more about the future” than the UK’s. “Australians think about our history much less than I realize in the UK,” he notes. “The great thing about that is that it gives you perspective but it can also be limiting at times.” 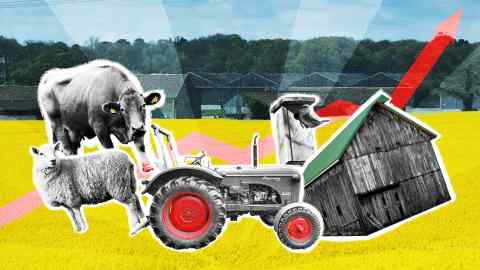 During his four years in London, the high commissioner also helped finalize the trilateral Aukus defense treaty between Australia, Great Britain and the United States.

“Aukus brings the UK and Australia together in a close partnership to develop unprecedented strategic capabilities,” he said.

“The free trade agreement is mainly about economic integration, the Aukus agreement is about strategic competence and integration to the fullest extent – ​​a combination of both the commercial and strategic aspects of the relationship.” .

Brandis acknowledged that Australia’s decision to walk away from the defense agreement with France was “always difficult”, but said: “Our long-term national security and strategic interests require changes to our weapons systems. gas.” 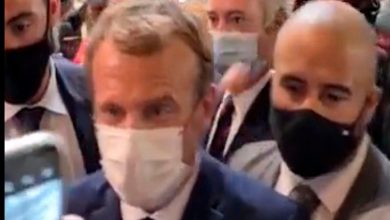 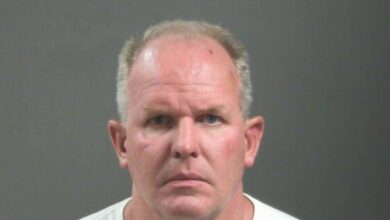 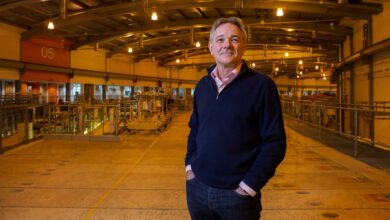 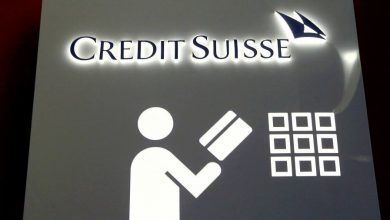