The power outage occurred before the Eid al-Fitr holiday, which marks the end of the holy month of Ramadan.

The power outage came before Eid al-Fitr, which marks the end of the holy month of Ramadan.

“The enemy… blew up two power poles with bombs,” Hekmatullah Maiwandi, a spokesman for state-owned power company DABS, said in a video statement.

Five teams from the company have been deployed to carry out the repairs, he added.

“The mounts are installed on top of the mountain and our teams are trying to fix them,” Maiwandi said.

Temporary repairs will be made to restore some power by Saturday night, he added, before the full restoration of the towers can be completed in two weeks.

On Friday, an explosion kill at least 10 worshipers After Friday prayers at a mosque in Kabul, with some reports of the death toll reaching 50. Hundreds of worshipers gathered for prayers on the last Friday of Ramadan and the church Islam was packed.

Two explosions within minutes of each other on Thursday killed at least nine people and wounded 13 in the northern city of Mazar-i-Sharif.

“No one is happy this Eid because so many families are mourning the recent explosions. Now the pylons have also blown up,” Khatera Fakhri, a Kabul resident, told AFP news agency.

“Without electricity, we couldn’t prepare for Eid. Everything is difficult.”

Police said two suspects were arrested for attacks on the power supply.

Since taking power, the Taliban has faced successive attacks from the Islamic State in Khorasan province, ISKP (ISIS-K).

The group has claimed responsibility for a number of deadly attacks on minority Shia and Sufi communities over the past two weeks, killing dozens of civilians.

Many residential buildings and businesses in Kabul, a city of about 5 million people, started up private generators on Saturday to ensure power supply ahead of Eid.

During the time of the Taliban 20 years of war With the former US-backed government of Afghanistan, the government in Kabul regularly accuses armed groups of targeting communication towers. 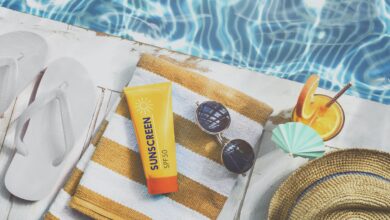 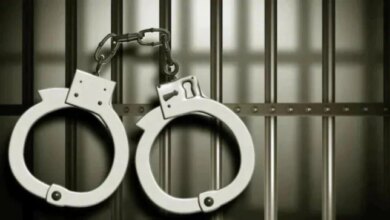 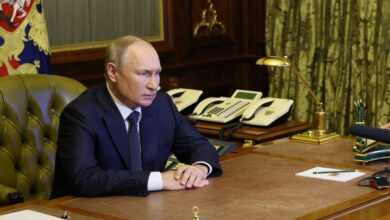