Defense Minister Anita Anand said that Canadian officials were “doing whatever they can to assist” Ukrainian refugees fleeing Russian violence.

Speaking to CTV’s Your Morning on Friday, Anand said the Canadian Armed Forces are in Poland and prepared to help with the humanitarian effort as thousands of Ukrainians cross the border into neighboring countries to escape the invasion. .

“We have about 150 members of the Canadian Armed Forces standing in Poland, ready to assist,” Anand said.

Additionally, Anand said there are “several options on the table” for bringing Ukrainian refugees to Canada, but the first priority is to make sure they have a safe passage out of Ukraine.

Russia pushed for its invasion of Ukraine on the outskirts of the capital on Friday after launching air strikes on cities and military bases, and sending troops and tanks from three sides of the country.

Explosions have sounded before dawn in Kyiv and gunfire has been reported in some areas, as thousands of Ukrainians are expected to take refuge around central Europe in the coming days.

Speaking at a press conference on Thursday, Prime Minister Justin Trudeau said Canada has arranged for the safe travel of any Canadian citizens, permanent residents and their families still in Ukraine across land borders with Ukraine. Poland, Slovakia, Hungary, Romania and Moldova.

Additionally, he said the Canadian government will prioritize immigration applications for Ukrainians and is deploying a dedicated phone line “for anyone at home and abroad with urgent questions regarding Ukrainian immigration.”

The federal government is advising Canadians to avoid all travel to Ukraine due to the armed conflict with Russia. For Canadians currently in Ukraine, the government recommends sheltering in place unless it is safe to leave the country.

Those in Ukraine who need consular assistance should contact the Emergency Response and Monitoring Center.

“We will continue to make comprehensive assurances that we are assisting Canadians who need to travel safely to Canada and out of Ukraine,” Anand said Friday.

Anand said she has been in “close” contact with Canada’s roughly 1.3 million Ukrainian Ukrainian community and understands the fears and anxieties of family members.

“We will continue to do whatever we can to support the people of Ukraine at this time. It is an urgent matter. It is an issue that affects global stability at this time, and Canada is here for Ukraine and the Ukrainian community,” she said.

However, given the strain on the international community and the Ukrainian people, NDP Leader Jagmeet Singh said on Thursday Canada must do more than give priority to those fleeing conflict zones. .

“We can’t have another scenario like we’ve seen in Afghanistan, where people are fleeing the tragedy in Afghanistan and can’t get to Canada because the challenges in the system make it too complicated, making them difficult to apply”. Singh said.

He suggested that the government allow Ukrainians to come without a visa, to make the process as easy as possible for people to find safety in Canada.

SEARCH FOR REFUGE IN EUROPE

Witnesses say thousands of Ukrainian citizens have fled across the border to neighboring countries.

Poland’s government said on Thursday that Poland is setting up reception centers and hospitals to deal with the rush of Ukrainians fleeing the Russian invasion.

Thousands of Ukrainian refugees have also fled across the border to Moldova, where the government has set up tents and vowed to keep the border open, while Romania is preparing to take in up to half a million potential refugees.

In addition, Germany has also offered humanitarian help to countries bordering Ukraine and is preparing to accept migrants into the European Union.

Anna Triandafyllidou, Chair of Canadian Research Excellence in Migration and Integration at Ryerson University, told CTV’s Your Morning that there is a strong Ukrainian immigrant population across Europe.

“It is important to say that there are Ukrainian migrants in places like Germany, but also Italy. So we hope that people will mobilize family and friends, their network of relatives. , to move,” Triandafyllidou said in an interview on Friday.

While she acknowledges there are “different levels of preparation” for the influx of migrants in each country, Triandafyllidou notes that there will be a large amount of “spontaneous” movement.

“I would say there isn’t such a level of preparation in places like Hungary, Slovakia or Romania like we’ve seen in Canada when we resettle refugees, but I think that would be a thing. something more happens on the go,” said Triandafyllidou.

She added that the receiving countries of Ukrainians must also be ready for their long-term stay, especially if Kyiv falls into the hands of Russian forces.

“Military operations may end soon, so maybe [Ukrainians] Now it’s not right to think, “I’m just looking for refuge with my family, extended family, friends or whoever and I plan to come back,” because as we know, things often don’t work out. went as we planned,” said Triandafyllidou.

With files from the Canadian Press 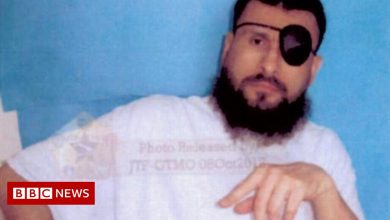 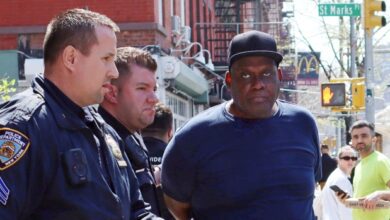 New York shooting: Details behind the 30-hour search for a suspect 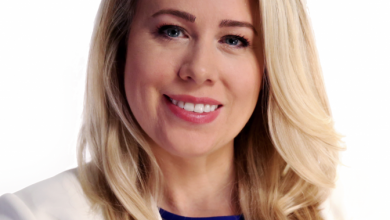 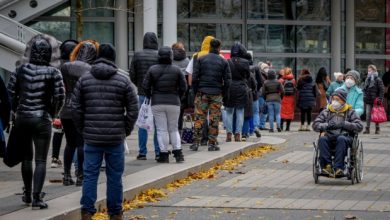 Coronavirus: Get vaccinated or get sick, says German minister