A middle-aged Southern California man is accused of waiting outside local schools for children wearing a mask — and then watching them around so he could cough on them, spit on them and kill them. mocking them as “stupid” to the point of being unable to hide their faces. cover plates.

The man, pictured in the video wearing a “Your mask makes you look stupid” t-shirt, is said to have continued a campaign against harassment with masks for a month in the suburb of La Crescenta, with a series of alleged incidents. Depressed parents finally showed up this week and gathered at Crescenta Valley Station to demand police action.

“[The kids] obviously scared. He was getting 3-5 inches away and coughing in their faces,” said one parent who witnessed the alleged harassment, identified only as Ned. CBS Los Angeles.

Crescenta Valley Station, a division of the Los Angeles County Sheriff’s Department, released a statement Monday promising a “thorough investigation” of the man after an incident was caught on camera.

“Crescenta Valley Station is aware of a viral video on social media involving an argument between an adult anti-mask and others about the wearing of masks by children. The incident appears to have occurred off the school grounds last week,” police said.

In the video, the man can be seen seemingly harassing a group of high school students in a shopping mall parking lot, shouting: “Be scared. Keeping your mask on it doesn’t even work! “

One of the kids in the group can be heard shouting back, “We’re 13!”

The masked prop then launched a stern gesture towards an adult, who attempted to intervene, shouting, “Look at this grown man with the mask. What a coward. How much in total… Where did you buy your mask? Stupid shop? ”

He charged after calling the group “idiots”.

The masked man has been accused of being involved in a number of similar incidents near schools, with the police chief saying some of the children targeted reported that the man also spat on them, according to local reports. direction KTLA. He was also accused of shoving children in some cases.

The man has yet to be identified, but Lt. Robert Hahnlein of the Los Angeles Police Department told reporters that police know who he is and are working with police in Glendale to investigate the incident. .

Officers were called to at least one incident that was being investigated, but the deputy minister responded scolding the children and “decided to give a presentation.” [them] about freedom of speech instead of taking their name and writing an incident report,” Emily Lanigan, one of the parents affected, told CBS LA. 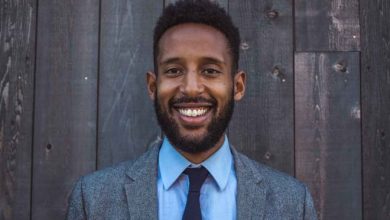 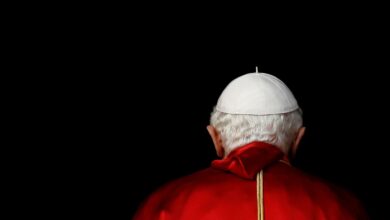 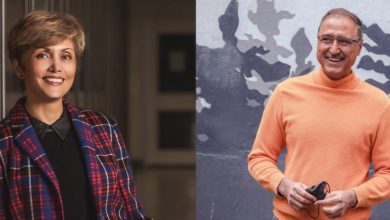