A Bulgarian woman, also known as “Cryptoqueen”, has been added by the FBI to its list of 10 most wanted fugitives.

Ignatova, a German citizen, disappeared in late 2017 after wiretapping an American boyfriend’s apartment and learning he was cooperating with an FBI investigation into OneCoin, prosecutors said. .

She took a flight from Bulgaria to Greece and has not been seen since.

Ignatova is believed to have been accompanied by armed bodyguards and/or associates, the office said, adding that she may have had plastic surgery or altered her appearance.

The 42-year-old was charged in 2019 with eight counts including money transfer fraud and securities fraud for running Bulgaria-based OneCoin Ltd as a pyramid scheme.

Prosecutors say the company offered commissions to members to entice others to buy a worthless cryptocurrency.

He described OneCoin as “one of the biggest Ponzi schemes in history”.

The FBI adds fugitives to its “Most Wanted” list when it believes the public can help track down suspects.

Michael Driscoll, FBI assistant director in charge of New York, said Ignatova “went away with a huge amount of cash”.

“Money can buy a lot of friends, and I would imagine she’s taking advantage of that.” 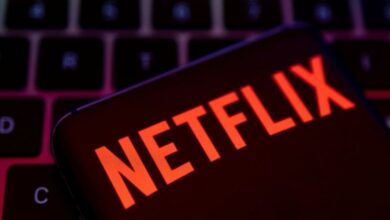 Consider Meta’s covert attempt to build a data center in the Netherlands, including code-naming the project, in an attempt to minimize public scrutiny and backlash (Aman Sethi) / BuzzFeed News)