RIO DE JANEIRO – The landslides that devastated Petropolis this week have destroyed homes and torn families, hillsides and scarred hearts, leaving at least 120 dead and nearly as many missing.

And it’s all predictable – and to some extent, preventable.

Rapid urbanization, poor planning, lack of finance for subsidized housing – all this has affected this mountainous city in the Brazilian state of Rio de Janeiro. Researchers as well as current and former civil servants have told the Associated Press that little has been done in light of repeated warnings about the risks of building on the mountainside.

And with evidence indicating that climate change is causing more intense rainfall, the risk is only increasing – not just for Petropolis, but elsewhere.

Antonio Guerra, a professor of geography at the Federal University of Rio de Janeiro, has studied weather-related disasters in Petropolis for nearly 30 years. He visited dozens of sites where homes and lives were swallowed up by the mudflow, and investigated the root cause.

“Rain is the big villain, but the main cause is poor land use,” Guerra said in a phone interview.

The messy development of Petropolis is recent. Nestled in the mountains about 40 miles from Rio de Janeiro and named after a former Brazilian emperor, Petropolis was one of the nation’s first planned cities.

Earlier settlers built stately homes along its waterways. But in recent decades, the city’s prosperity has attracted newcomers from poorer regions and the population has grown to around 300,000. The slopes are now covered with small houses crammed together, built by people not fully aware of the danger. Many people have built without proper permissions because they cannot afford to do so elsewhere.

Many high-risk areas are even more vulnerable to deforestation or inadequate drainage, Guerra said. As time went on, people forgot about the disasters and returned to the devastated areas, building houses on unsafe ground.

For nearly two decades, Yara Valverde led the local office of the federal environmental regulator. In 2001, she started the city’s first hydrogeological hazard warning system, installing plastic bottles in communities to collect rainfall. When they reach a certain level, the siren explodes.

No public money has been allocated to the program, so she enlisted volunteers.

From 2007 to 2010, Guerra and a team of civil engineers and geologists mapped the risk areas in Petropolis and sent their findings to the city. The following January, heavy rains caused landslides that claimed the lives of nearly 1,000 people, 71 of them in Petropolis. This is considered Brazil’s worst natural disaster ever.

The city recognized the problem. In 2017, authorities noted that 18% of the city – comprising about 20,000 households – was at high or very high risk. However, another 7,000 people will also need to be relocated, according to a plan put out by the city that calls for the construction of affordable housing units and a halt to new construction in at-risk areas.

Guerra, Valverde, NGOs and citizens say little has been done to realize that vision.

There is very little space available in Petropolis for new, safe construction, and it is politically unpopular to relocate residents from existing homes – often with nowhere to resettle residents. near their original place of residence. Even before the pandemic hit the local economy, the state of Rio was struggling to recover from a three-year recession.

But the Brazilian daily Folha de S. Paulo, citing official data, reports that the Rio state government has spent less than half of the money on disaster prevention and response programs.

The Rio State Secretariat of Infrastructure and Construction said in an email to the AP that inspection of at-risk areas, housing policy and resettlement are the responsibility of the city.

The city has not responded to repeated requests for information about how many families have been displaced since 2017 and what other measures have been taken to implement the plan.

The federal government is not helping. “We cannot take precautions for everything that could happen,” President Jair Bolsonaro from Petropolis said on Friday, responding to widespread outrage.

Heavy rains are typical in the region, especially during the Southern Hemisphere summer, between December and March. But with climate change, the rains seem to be getting heavier, experts say.

Southeast Brazil has been punished by heavy rains since the beginning of the year. More than 40 deaths were recorded between mudslides in Minas Gerais state in early January and Sao Paulo state at the end of the month. Then came months of drought – Brazil’s worst in nine decades – that saw hydroelectric reservoirs in the southeast drop to levels that raised concerns about power allocation.

“They’re all extreme weather events. Natural disasters.” particular event, but rather as a whole.”

On the eve of the most recent landslide, the center of Seluchi issued a “very high” risk warning for Petropolis, warning of downpours with “potential for major effects on residents.” The agency recommended that authorities consider evacuating at-risk areas.

Speaking at a news conference on Wednesday, Rio Governor Claudio Castro insisted the cataclysm was “completely unpredictable.” He did not comment on whether the destruction and loss of life could have been avoided.

Eighteen of Petropolis’s 20 warning sirens sounded before Tuesday’s deadly landslide, warning residents of the danger lurking, but the AP could find no evidence that officials Authorities have called for an evacuation.

Some residents told the AP that they had received text messages from authorities warning them of the coming storm. Others said they received no notifications at all. And with most of the city’s sirens concentrated in the center of town, several counties were excluded.

The city did not respond to multiple requests for comment from the AP.

Fernando Araujo, 46, said the government ignored his Vila Felipe neighborhood for as long as he could remember.

“As a resident living here for 46 years, I am sure that as soon as the sun comes out and the weather settles, they will stop coming here and pay attention to us. People will clean everything themselves, build rebuild, and sometime in the future this will happen again.”

Valverde, the former environmental regulator who set up the risk warning system, said many cities in the region lack the political will to face the problem.

“They say they care, but when it comes time to make a decision, demolish the houses in the risk area, prevent new construction… they eventually have to give in,” she said.

“They have to be held accountable. Otherwise, this will happen again and again.”

AP journalist Diarlei Rodrigues contributed to this report from Petropolis, and Debora Alvares from Brasilia

The beat of war drums in Europe 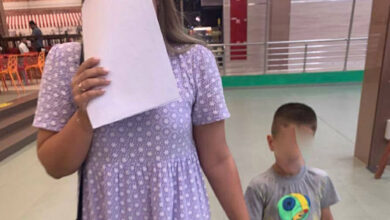 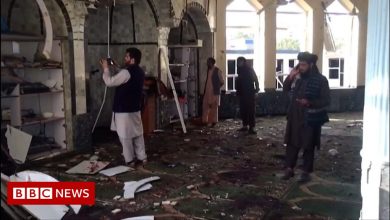 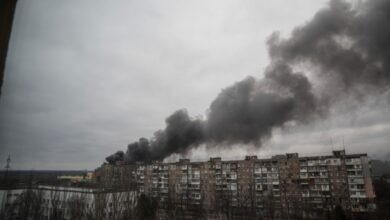 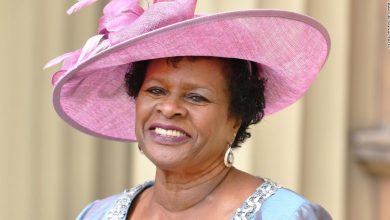