Mayor Lynne Robinson knows it’s coming. So do the developers, the housing advocates, the retirees who don’t want their suburb to change, and the business owners who both fear and covet more people and more employment.

Bellevue’s surge in popularity, pushed largely by the tech industry and encouraged by city leaders, is projected to result in a wave of growth unlike anything the city has encountered.

Amazon is moving 25,000 workers into downtown; Facebook last year paid $367 million for a 400,000 square-foot complex; and others including Salesforce, Microsoft and eBay continue to expand their Bellevue offices.

The question isn’t whether or not the city will face employment growth pressure, said Joe Fain, CEO of the Bellevue Chamber of Commerce. Instead, he said, the central question is who among those thousands of new employees will be able to live in Bellevue at all?

“Bellevue is one of the most unaffordable cities in Washington state,” Fain said. “The high-paying jobs we add will be rivaled by the blue-collar jobs we add. And unless you have considerable net worth, you will not be able to afford a single-family home here — unless you already own one.”

That Bellevue is at a crossroads isn’t in dispute. The city’s own projections show a 25% growth over the next 20 years.

What is up for debate is how well prepared the city is for that growth. It’s a dilemma that has played out in other cities such as nearby Seattle or more recently in Austin, where the tech boom and lack of zoning changes spurred a housing affordability crisis.

Bellevue city planners and political leaders point to proposed zoning revisions in three city neighborhoods to allow for more height and density as proof that the city is making the necessary changes for the years ahead.

This, however, is not a view shared by housing advocates and some local business leaders.

Jane Broom is a senior director at Microsoft who leads the Affordable Housing Initiative at the tech giant, which occupies a skyscraper in downtown Bellevue and employs thousands at its global headquarters in nearby Redmond.

She said Bellevue is far from ready for its own future when it comes to affordable or even available housing.

“Not even close,” said Broom, who is on a business-and-housing consortium, the Eastside Housing Roundtable, which formed three years ago to help fix this exact issue. “And that’s why it is so critical.”

“If a city wants to have the benefits of all of these jobs,” Broom added, “you are making a decision that your city must change. We are at an once-in-a-lifetime shot. In 20 years, how do we want this community to look?”

It’s not just an issue on the minds of city leaders. Tech execs know future work won’t be completely remote. Basing a company where employees can afford to live remains vital.

Henry Albrecht, CEO of Limeade, said the projected growth speaks to good things about Bellevue, where his 15-year old software company is based. But popularity, he added, can come at a cost.

“A lot of our Bellevue-area employees and job applicants are looking to put down roots because it’s great here,” he said in an email. “This has a few implications.”

Hiring into an expensive area means higher compensation, he said.

And, Broom added, it is not only about money but instead about what kind of city you want to have. A city’s affordability matters just as much, if not more, for firefighters and teachers as six-figure tech workers. Economic diversity, she said, is the bedrock of a liveable, equitable city.

Behind the scenes, Bellevue is scrambling to keep up with incoming growth. It’s expanded the planning department staff by an estimated 15%. Five light rail stations are set to open in 2023. The city is looking at on-demand bus services for residents, and pushing for federal money to fund rapid bus lanes. A 42-mile walking and cycling trail project — backed by a sizable donation from Amazon — is scheduled for completion in 2024.

But the city’s relatively small planning staff, developers and housing expert say, is not adequate for what Bellevue is facing. Seattle, at five times the population, has nearly 15 times the planners.

This, some observers have said, increasingly makes Bellevue unable to keep up with the potential pace of change, particularly when 50% of the city is zoned for single-family homes.

Housing advocates say Bellevue is clinging to a suburban past dominated by those pricey, single-family homes. The median home price is $1.3 million, up 17% year-over-year. Apartment rents have soared 30% in the past five years.

“Bellevue has not kept up with job growth, rising rents and the growing gap between jobs and housing growth,” said Patience Malaba, director of government relations & policy for the Housing Development Consortium.

Among the least-watched and least appreciated tasks in city government are the many decisions that establish what goes where and in what quantity. Zoning, urban planners like to say, is a city’s DNA; it determines how a city will grow and who will be able to live and work there. Except this DNA can be altered.

Concentrated housing that keeps up with growth and allows for a range of housing costs will determine a city’s livability, said Gabe Grant, a principal at Spectrum Development Solutions of Seattle.

“The notion of housing supply is fundamentally important,” he said.

Housing advocates and business leaders who want to recruit staff say the city should take a more aggressive approach to density and height.

“Broadly put, I think zoning is destiny for a city like Bellevue,” said Grant. “We decide what we want our cities to be with tools like zoning. And historically, we’ve not kept up with job growth and population growth.”

At the center of Bellevue’s future is the quiet battle over the land surrounding the new East Main light rail station. As part of Sound Transit’s light rail link extension from Seattle planned for opening in 2023, the station is also the center point for the city’s approach to housing more people.

Already the subject of years of city meetings, the two-block swath bracketed by Main Street and SE 8th Street is slated for what is called an up-zone, which is urban-planning speak for allowing taller buildings with more people packed in smaller areas, the type of densely populated living that transit planners and housing advocates love but makes suburbanites recoil.

Building height in the area is likely to nearly triple in some swaths, according to planning documents. Hundreds of apartments are expected to follow. And as the city works through a rezone of the small patch of downtown, it is setting the template for growth elsewhere within the city limits as Bellevue tries to pivot from suburb into metropolis.

The issue, Mayor Robinson noted, isn’t simply about some additional condos and a few taller buildings. “We don’t have enough housing circulation in Bellevue,” she said. “We also need to think about increasing density at our neighborhood borders.”

But how much is enough?

Broom said when the Eastside Housing Roundtable joined the discussion three years ago, the planning near the station was mostly about office space. “I don’t think there would have been much housing at all,” Broom said. “That has changed.”

Emil King, Bellevue’s assistant director of planning, agreed that the city must respond to growth pressures. But largely, he feels as if it has over the past eight years of proposed city planning changes to density in downtown and the Bel-Red and Spring districts.

For example, at a Nov. 15 city council meeting, the planning department discussed its proposal to upzone the two blocks surrounding the East Main station that would allow a jump from seven to 30 stories.

“This makes sense from a density standpoint,” King said. He acknowledged that Amazon’s growth ambitions have “highly accelerated” the city’s density and affordability efforts and have forced a rewriting of the city’s growth management plans to include 35,000 additional housing units in low-rise and high-rise buildings.

Affordable housing advocates and developers say Bellevue’s current housing plans don’t do that. Some of the issues, they say, are the required ratios of new housing to new commercial space. The East Main upzone proposal, for example, contains so many caveats and so little housing, one said, that it is unlikely to move the needle much.

Bellevue city leaders and planning staff only have to look 11 miles to the west to catch a possible glimpse of the future.

The walkable neighborhood that wasn’t

By 2010, Jim Holmes, a senior planner with the city of Seattle, was already deeply in the thick of some of the nation’s most dramatic urban growth when an unusual opportunity slipped through the city’s fingers.

The Denny Park neighborhood near downtown had been re-zoned to open up an unprecedented 18,000 housing units in a series of towers, with a mix of first-floor apartment stoops and retail with walkable sidewalks and open space.

“It would have been a great urban neighborhood,” he said. “The kind of walkable neighborhood with places to sit outside that makes a community.”

But by the time the Urban Village idea had come to completion, two large development companies which had building options on large plots within the plan moved ahead with approved projects for office towers. The grand housing plan never saw the light of day.

Broadly, he said, the philosophy at the time was that South Lake Union would end up growing with a ratio of 60% residential and 40% commercial space. But that didn’t happen. Not even close. Just like in the Denny Park plan, the region became largely office space — an estimated 75% of new development — exacerbating the need for the 18,000 housing units that never saw the light of day. It is now home to Amazon’s sprawling headquarters and large offices for Google, Facebook, Apple, and other tech companies.

The effect? All of that building and Seattle’s median housing price climbed 157% in the nine years between 2012 and now.

“The biggest challenge with what happened in South Lake Union was the speed in which it happened,” Holmes said. “We truly had no idea that Amazon’s growth was going to be as explosive as it was. No one has a crystal ball.”

How much is enough?

South Lake Union’s evolution and Amazon’s insatiable growth in the neighborhood should be a cautionary tale for what is about to unfold in Bellevue, said Grant of Spectrum Development Solutions.

But critics say Bellevue’s move toward expanding housing to accommodate this growth is more suburban than urban. “Bellevue is not just a bedroom community for an urban center,” Grant said. “It has become an urban center.”

King, the city planner, said he is comfortable with the existing upzoning plans and feels like Bellevue is ready for the growth.

“When we upzoned in 2017, we did anticipate growth,” she said. “We didn’t anticipate Amazon being such a large part of that growth.”

She said eventually the changes to the city must march up to the door of what longtime Bellevue residents prize: the vast swath of single-family neighborhoods. Statistics show that 70% of the city’s single-family homes have one or two occupants.

This not only has led to a housing shortage — only 10% of families of four or more who live in Bellevue can afford to buy a home currently — it also means that when empty nesters downsize, they don’t have many good options to stay in town.

The city has a chance to both make itself more accessible to a variety of income levels and still maintain the neighborhood feel that locals prize. But Robinson worries about the city driving out small business when existing older low-rise downtown buildings are replaced with tony skyscrapers. And she worries about the race to keep her city affordable so the benefits of that growth can be shared.

“We’ll be as ready as we can be,” she vowed. “But of course, we’re concerned. Super concerned.” 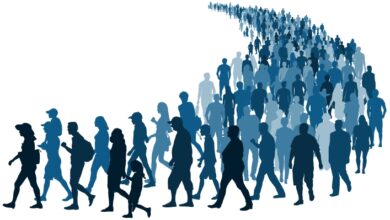 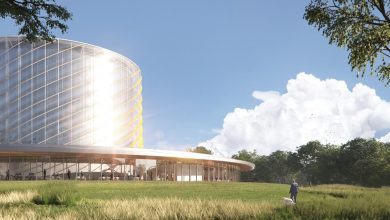