, showing that when intense cognitive work lasts for several hours, it causes toxic byproducts to build up in the part of the brain known as the prefrontal cortex. This alters your control over decisions, the researchers explain, so it’s easier for you to switch to a more leisurely activity that doesn’t require effort or waits when fatigue hits perception occurs, the researchers explain.

What is mental fatigue?

“Influential theories suggest that fatigue is an illusion created by the brain to make us stop whatever we are doing and move on,” says Mathias Pessiglione of the University of Pitié-Salpêtrière in Paris, France. a more satisfying operation. “But our findings suggest that cognitive work leads to a real change in function – a build-up of toxic substances – so fatigue would actually be a signal that stops us from working but for another purpose: to maintain the integrity of brain activity.”

Pessiglione and colleagues including the study’s first author Antonius Wiehler wanted to understand mental fatigue. While machines can compute continuously, the brain cannot. They want to find out why. They suspect this is due to the need to recycle potentially toxic substances arising from neural activity.

To look for evidence of this, they used magnetic resonance spectroscopy (MRS) to monitor brain chemistry over the course of a working day. They looked at two groups: those who needed to think a lot and those with relatively easier cognitive tasks.

They saw signs of fatigue, including pupil dilation, only in the hard-working group. Those in that group also showed a shift in their selection toward options that offered short-term rewards with little effort.

In particular, they also had higher levels of glutamate in the synapses of the prefrontal cortex. Together with previous evidence, the authors say it supports the view that glutamate accumulation makes it more costly to activate additional prefrontal cortex, thus making cognitive control more difficult later mentally stressful day.

So, is there a way around this limitation of our brain’s thinking ability? “Not really, I’m afraid,” said Pessiglione. “I would adopt the good old recipe: rest and sleep! There is good evidence that glutamate is cleared from the synapse during sleep.”

There may be other practical meanings. For example, the researchers say, monitoring prefrontal metabolites can help detect severe mental fatigue. Such an ability can help to tailor the work program to avoid burnout. He also advises people to avoid making important decisions when they are tired.

In future studies, they hope to learn why the prefrontal cortex appears to be particularly susceptible to glutamate accumulation and fatigue. They were also curious to find out if similar signs of fatigue in the brain could predict recovery from health conditions, such as depression or cancer.

What is the best video editor for free 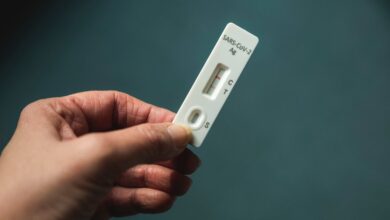 Nearly 60% of Americans Have Had COVID-19, CDC Says 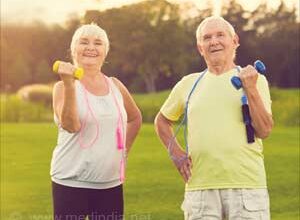 How to reduce mobility problems in the elderly?

Study reveals new insights into the dynamic superstructure of the heart