Meta may soon offer additional features for paid users. The social media giant is reportedly forming a new product organization to work on “paid features” for Facebook, Instagram and WhatsApp. The unit is said to be led by Meta’s former Head of Research, Pratiti RayChoudhury. Other competitors in the space include Snap and Twitter already offering paid services Snapchat+ and Twitter Blue with some exclusive features for creators.

According to one report by The Verge, Meta is forming a new division called “New Monetization Experience” to focus on paid features for Facebook, Instagram and WhatsApp.

The nature of the paid features is unknown at this time. The company is committed to growing its advertising business and has no plans to allow users to pay to turn off ads, the report quoted John Hegeman, Meta’s head of advertising and business products, as saying in a statement. interview.

Snap, Twitterand the Meta Platform derive the majority of its revenue from the sale of digital advertising. Paid features can add new non-advertising revenue to Meta. Snap and Twitter now offer paid tiers to unlock additional features for users.

Profile of Seznam, a leading search engine in the Czech Republic before the rise of Android is helping to inspire Big Tech’s restrictive laws (Adam Satariano / New York Times)

GameStop cooperates with FTX on "e-commerce and online marketing initiatives" in the US and reported a Q2 net loss of $108.7 million, up from $61.6 million YoY; up 10%+ (Melissa Repko / CNBC) 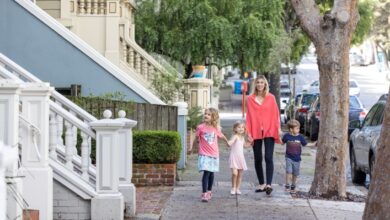