With Sunday marking the 1,000 days since Canadians Michael Spavor and Michael Kovrig were first detained in China, several federal leaders took time out of the campaign trail to lambast the Chinese government — and renew calls for the communist country to allow the Canadians to come home.

During a campaign stop in Ontario, Liberal Leader Justin Trudeau acknowledged the day as being difficult for the relatives of the two Michaels.

Trudeau said he had spoken with their families and that he would “not rest” until the two Michaels, who were first detained in December of 2018 shortly after the RCMP’s arrest of Huawei CFO Meng Wanzhou, return home.

Read more:
Singh not critical of Trudeau’s handling of 2 Michaels detained in China

“There are also a lot of things we are doing in a less visible way with the American government, with partners and allies, and indeed putting pressure directly on the Chinese government as well. We will not rest until the two Michael’s are once again home with their families.”

The other federal leaders, including New Democratic Party Leader Jagmeet Singh and Conservative Leader Erin O’Toole, remarked on the imprisonment of the two Michaels as well.

1:33O’Toole discusses sanctions on China as 2 Michaels detained for 1,000 days

O’Toole discusses sanctions on China as 2 Michaels detained for 1,000 days

Speaking at an event in B.C. earlier Sunday, O’Toole promised to “stand up” for Canadian citizens as opposed to what his party described as a softer approach taken by the Liberals.

In his election platform, O’Toole pledges to negotiate new trade agreements with nations in the Indo-Pacific and Africa so Canada doesn’t have to rely as heavily on China, as well as work with international allies in hopes of “decoupling” their supply chains from the Chinese regime.

“I call it a serious approach where we will stand up for our citizens, our economic interests and our values as a country,” said O’Toole.

Read more:
‘March for the Michaels’: Families and supporters of Kovrig and Spavor mark 1,000 days in detention

“And I’ve often said China might be much larger in terms of population and economy, but they can learn a lot from us with respect to engagement for human rights, dignity and the rule of law.”

Along with the promise of added sanctions against China, the Conservatives have also promised to ban Huawei from Canada’s 5G infrastructure.

NDP Leader Jagmeet Singh said Sunday during a stop in the nation’s capital that he could not imagine what the past 1,000 days have been like for the two Michaels, their families and loved ones.

0:49NDP Leader Singh renews call to ‘do everything possible’ to secure release of 2 Michaels

“We’re going to renew our calls that we’ve got to do everything possible, everything we can, working with our international allies to continue to apply pressure on China to secure the release of these Canadians, of our fellow Canadians.”

Read more:
Supporters for two detained Michaels in China march in support of their freedom

The Liberals have faced criticism over what they described as Kovrig and Spavor’s “arbitrary” detentions. Last month, both men were convicted of espionage by courts in China. Spavor was handed an 11-year sentence, while Kovrig has not yet been sentenced.

Canadian officials widely believe their detentions were done in retaliation over the RCMP’s arrest of Meng in December of 2018, while she was passing through Vancouver’s airport.

11:51Would he support a Conservative minority? One-on-one with Jagmeet Singh

Would he support a Conservative minority? One-on-one with Jagmeet Singh

The arrest was made on an extradition request from the United States, who wanted Meng to be tried for allegedly violating U.S. sanctions against Iran.

On Sunday, crowds of supporters were set to march in Ottawa and across the country in support of freeing both Kovrig and Spavor.

China’s ambassador to Canada Cong Peiwu told the Canadian Press that the protesters were harming relations between the two countries.

“Recently, we have noted that a small number of people here in Canada have been hyping the so-called 1,000 days of the detention of the two Michaels, who are Canadian citizens, making unwarranted accusations against China’s handling of the cases.”

Canadian officials were expected to also march in several places across the U.S., Europe, Asia and Latin America.

In an interview with The Canadian Press, Kovrig’s wife Vina Nadjibulla said that it was an “extremely difficult milestone,” but still one they wanted to mark in a way to honour the “strength and resilience” of both Michaels.

“In one of his letters, Michael had said that we don’t choose our circumstances. But we do have a choice in how we handle ourselves in those circumstances. And for 1,000 days, Michael has endured this injustice and his detention with remarkable strength, dignity, and character.” 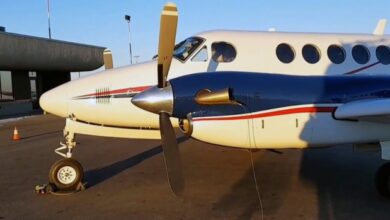 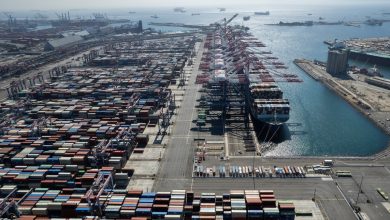 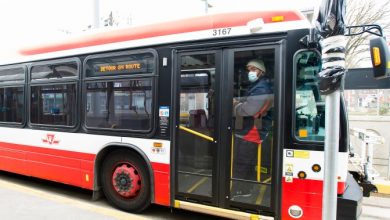 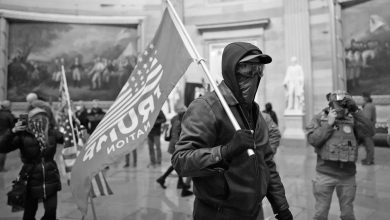 The Jan. 6 documents could reveal something more key than Trump's role