Fox News national security correspondent Jennifer Griffin but found myself clarifying misleading comments made by one of her colleagues.

Griffin appeared on Wednesday night’s broadcast of Hannity to provide insight into the ongoing war in Ukraine, particularly on the subject of biological research facilities in the country.

An earlier Fox News story on Wednesday that Griffin contributed to detail Russia accuses the US of helping to develop biological weapons in Ukrainian laboratories. According to the report, these claims are “ridiculous” and an example of Russian disinformation, a senior US defense official said.

The report comes a day after Deputy Secretary of State for Political Affairs Victoria Nuland told Congress that the US was working with the Ukrainians to prevent Russia from gaining control of biolabs stores. She added that it’s a “classic Russian technique to blame another guy for what they’re up to.”

Griffin reiterated these points to Hannity, adding, “That’s why White House Press Secretary Jen Psaki said talk of Moscow about these biological targets has raised concerns in US intelligence that Russia could use chemical or biological weapons in Ukraine to create a false flag campaign.”

“Jennifer,” said Hannity, “but we do know that Victoria Nuland has admitted that laboratories exist. What exactly are they for, we’ve never been very clear on, have we? ”

“Well, we have clarity,” Griffin replied. “I have a flyer — that’s what I just read — from the Pentagon.”

Griffin, who has been repaired Comments related to Ukraine from the host of Fox News and guests over the past month, explaining:

“It’s a longstanding program that the Pentagon has partnered with these biolabs. These are Soviet-era laboratories – remember Nunn-Lugar Bill and try to deal with the proliferation of weapons when the Soviet Union ends — that’s part of this effort to try to clean up those Soviet-era labs and make sure nothing gets out. from those labs. And so the United States has been very open about their involvement there with that. But what Russia does is they take that information, distort it, expose it, and turn it into disinformation.”

Cameron Diaz 'NEVER' washed her face. . . And see what she LOOKS LIKE NOW!! (YES)

"When you're allowing sweat, why not salivate?" 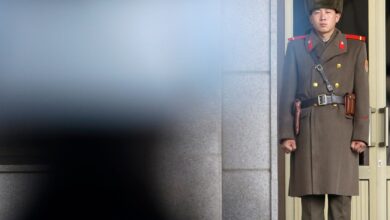 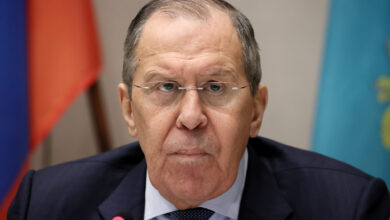 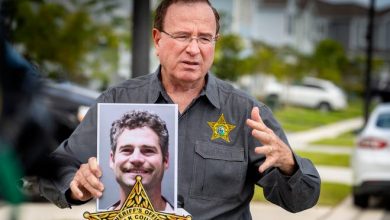