A lock of black hair remained on the floor more than four years after the victim’s body was removed. Valentine’s Day gifts and cards were scattered, as shards of glass crumbled under visitors’ feet.

These are disturbing notes from a group of reporters who were allowed into the building after jurors completed a tour to provide details to media outlets around the country, including CNN. .

We entered from the east stairs just like Cruz did. In the stairs where Cruz entered and assembled his gun, a white stuffed teddy bear lay filthy on the floor next to a bag with a Valentine’s Heart on it, possibly dropped by a runaway student. .

Everywhere you go through the building there are shards of safety glass that shatters loudly as you step over them. They are especially loud and crunchy on the threshold of each door.

Brittany Sinitch’s English Class: No one was killed or injured here, but this is where Cruz fired his first shots. The textbook on the desk opens a section discussing Mercutio. A Valentine teddy bear on the desk. A 2017 Football poster by Stoneman Douglas hangs on the wall – photo of the team with the motto: Football Family Trust. A pink note wishing a Happy Valentine’s Day lay on the table next to student Sarah Louis’s worksheet. A clear plastic cup was lying on the desk, inside it was now a dark brown residue. On the table was a Valentine’s Day card that read, “Not only do I like you, I really, really like you.”

Research hall led by Spanish teacher Juletta Matlock: There’s dried blood outside the door where Luke Hoyer, Martin Duque and Gina Montalto were killed. Right inside the door, some long-wired headphones lie on the floor. The book “To Kill a Mockingbird” is still on the table. On the wall is a poster titled “Let’s Guac About It” with basic Spanish words: Padre, Madre, Abuelo, Abuela. On another wall is a poster of popular Spanish phrases and colors.

On the wall far from the door was a table with a large pool of blood. This is where Carmen Schentrup died from a gunshot wound to the head. She and the children hid behind the teacher’s desk, in the southeast corner of the room. In front of the table where Maddy Wilford lay injured, the teacher’s desk phone lay on the floor. On the walls behind the desks are photos of what appears to be the teacher’s family and an 8 X 10 drawing of President Trump that says “We will win in everything we do.” .” On the north wall was a bulletin board with about two dozen wallet-sized photos of students. A lone pair of white sneakers remained on the floor.

Hixon, after he was shot through the west door, hid in an alcove in front of the elevator about 20 feet from the door. Cruz shot him a second time as he passed, but he survived and spent about 10 minutes trying to get up, according to video played in court. There was a large bloodstain on the floor and on the wall. A black rubber shoe, possibly Croc, lay on the floor there.

She taught Holocaust Research. Where is this Nick Dworet and Helena Ramsay died.

On the whiteboard is a hashtag # #TogetherWeRemember. There are also references to eyewitness accounts. On the table are two yellowed Sun Sentinel newspapers, on the table there are bullet holes, the laptop is still open, the headphones and a bottle of water are still on the table. On the floor is a 2017-2018 school year plan board. Blood-stained traces where Dworet and Ramsay died. Their blood covered a book called “Tell Us We Remember” by Susan Bachrach and “Listen to the Wind” by Greg Mortenson There was a Holocaust sign on the bulletin board that read “we will never now forget”. A table with a white plug and earbuds on top. Show how quickly things go

The learning objective on the board “Awareness of the world and surroundings.”

No class has had more people killed and wounded than Dara Hass’ English class. A blue folder with Alaina Petty’s name remained on the desk – shortly after – between the teacher’s desk and the wall a large bloodstain. Bullet holes in the wall.

Right next to the bloodstain on the floor where Alyssa Alhadeff and Alaina Petty had died – was a handwritten note about Malala Yousafzai – “the girl wanted to go to school” – the note continued “a bullet went straight to her head but didn’t work.” right her brain “ends with” In short, we the people should have freedom for education.”

(Note: Malala is the Pakistani girl who was shot dead by the Taliban – she fought to advocate for access to education for girls and women.)

Student-written essays remain on their desks, never to be retrieved. “We go to school every day of the week and we take it for granted,” wrote one student. “We cry and complain without knowing how lucky we are to be able to learn.”

On the cabinet door, the previous exercise is displayed. It shows the stele with the epitaph written by the students.

“RIP This is great.”

Next to a shoe on the ground is a pink Valentine’s Day stuffed animal and balloons.

The table was covered with a thin layer of dust, the landline phone was lying face down on the ground.

At Alex Schachter’s desk – a bloodstain on the other side of the silver rod connecting the plastic chair to the desk.

Near the west stairs – where Hixon was shot – there is a shoe that has been removed.

Further down the hallway, it reads:

“Never live in the past, always learn to shape it.” – incognito

A large heart-shaped Valentine’s Day chocolate box on the desk.

On another open pen and pencil case.

Computers are still on the table, spiral notebooks are open for math, students are working on algebra problems.

“Class of 2018” photo of a student in a casual setting (not an official photo).

Entering the hallway from the east stairs, the first thing you see is a pool of blood clots much smaller than elsewhere. This is where Scott Beigel’s body fell in front of classroom 1256. Unlike the other rooms, the window on his door is still intact. Beigel died holding the door open. His body prevented the door from closing. The children hiding in front of his room were vulnerable to attack, but Cruz didn’t choose to go there.

The plastic world map is about the size of a pad on most desks. There were three wall clocks lying face down on the door. On Beigel’s desk were comparison sheets between Christianity and Islam. On a whiteboard, notes about the 2018 Winter Olympics medalists. A deflated Valentine’s Day balloon lies on the ground.

The door was pushed open – like the others to signify that Cruz had shot it – and a “No Bullying Zone” was hung inside. Creative writing exercise of the day written on the whiteboard: “How to write the perfect love letter.”

The teacher’s desk is to the left and students can be visualized huddled behind it. The desks were cluttered, some shoved on top of what was described in the testimony as a frantic rush back inside. Atop a table is an enviable Valentine’s Day experience – a large gift bag with tissue paper inside, a round silver-wrapped candy box and a heart-shaped box.

Moving down the hallway, dried rose petals intermingled with shards of glass give the scene a cinematic feel. There was a large pool of blood in the middle of the third floor hallway where Anthony Borges was wounded. A sign above the fountain features a quote from Star Wars’ Yoda: “Do it or don’t. No try.”

Beneath the fountain, three large pools of dried blood mark the locations where authorities pulled the bodies of Cara Loughran, Meadow Pollack and Joaquin Oliver. A faint trail of blood trailed the girls’ bodies from the alcove where their bodies fell after being shot. A pool of blood was observed in the alcove outside 1249 where Pollack and Loughran died. They remained there, wounded, after the rest of the group huddled in the alcove with Ernie Rospierski fled down the hallway. Then Cruz turned around and shot them again.

There is an unfinished chess game. A friend of Peter Yang testified that they were playing a game when the fire alarm went off.

One of the most disturbing sights is the alcove outside the bathroom where Joaquin Oliver died. There was a large pool of blood and multiple holes from bullets hitting him at close range. There were drops of blood leading into the alcove from the first shots where he was wounded. But most of the blood is from when Cruz caught up with Oliver in the alcove and opened fire. From the evidence that Oliver remained conscious after being beaten. He can’t run when the others run away. He heard Cruz coming. He heard gunshots at Pollack and Loughran. He knows he’s next. From the testimony, we know that he raised his hand in defense. Two bullets in the wall show how futile the effort was. There was a lock of black hair on the floor near where his body would be. The corner of the Valentine’s Day decoration in the shape of a heart (probably a card) collapsed, probably soaked with blood

Moving down the hallway toward the west wall, the bullets struck the south wall, a sign that Cruz was targeting fleeing students rather than just randomly shooting in front of him.

We see the corner in front of the stairs where Peter Wang fell after being shot while running down the hallway. The wall is drawn into squares like the search quadrants. It was smeared with streaks of dark blood and yellow-green matter described in the testimony as brain matter. Holes the size of a pinhead in the wall have circles drawn around them and are marked “piece D” and “piece F.”

There are six bullet holes in the window above where Wang died. Cruz tried to blow out the window to shoot the fleeing students.

Jaime Guttenberg crashed outside the stairs but fell inside. There was very little blood where she fell. The bullet never left her body.

In the teacher’s living room, a window pane facing building 1300 has four bullet holes. Another window next to it has another bullet hole. These rooms overlook the courtyard and the parking lot where the students are fleeing.

A poster next to the window frame reads like this:

Note: Pay attention to whether you are seeing signs of concern in a student.

Change the direction of life.

Tags
Freeze in Horror: Notes From Inside the Parkland School Massacre Site - CNN we

Smell your way to physical and mental health 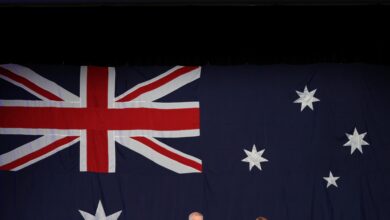 NYT: Agreement reached to scrap race as a factor in NFL concussion settlements 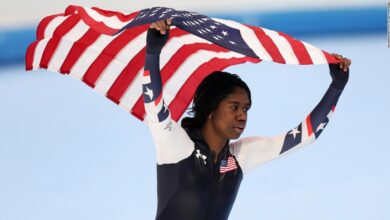 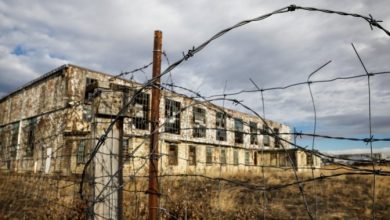