Omicron, originally discovered in Botswana, has sparked debate over the effectiveness of strict border closures and sparked outrage that South Africa’s transparency in reporting the virus strain has resulted in what the region considers a scapegoat.

South African scientists were the first to identify this variant, which has been discovered in countries around the world. Currently, Omicron was in Europe before the travel ban was announced. It is still not known where Omicron originated.

However, the travel restrictions have been aimed at southern Africa – including countries that have yet to find evidence of the new variant. That has sparked a wave of anger from African politicians and public health officials, who are exasperated by the lack of support they receive from the West, which they say is currently is discriminating against countries that are still hungry for a vaccine.

That list has rapidly expanded since the weekend, despite warnings from researchers that the threat the new variant poses remains unclear. And with it, so does criticism.

WHO Director-General Tedros Adhanom Ghebreyesus said: “I am extremely concerned that those countries are being punished by others for doing the right thing. In his opening remarks at a brief press conference. by WHO on Wednesday.

Maria Van Kerkhove, WHO technical lead on Covid-19, said that the travel bans had limited the ability of South African researchers to transport virus samples out of the country, “so there are other impact on those travel bans out there.”

“We don’t want to see countries penalized for sharing information, because this is how WHO and our partners are, this is how we assess and give advice,” she said.

In a speech to the United Nations World Tourism Assembly in Madrid on Wednesday, South Africa’s Tourism Minister, Lindiwe Sisulu, condemned the bans and called on Spanish officials “unable to” for South African representatives to attend due to new travel restrictions. .

“For reasons we still don’t know, a number of countries have imposed travel restrictions on South Africa. Surprisingly even Spain is hosting this UNWTO General Assembly, with all all the immunities conferred on the United Nations organizations, most of the SADC countries, that have made it impossible for my colleagues in these countries to participate in this important event,” Sisulu said.

Africa’s outrage at the bans has spread internationally as hundreds of people have also expressed anger on social media.

“This is a predictable negative consequence of the disincentive travel ban (which should be rescinded immediately.) South Africa deserves credit for warning the world, not punishing it.” . tweeted Senior Scholar at Johns Hopkins Center for Health Security, Amesh Adalja.

A pattern of Africa

Remi Adekoya, a political analyst and lecturer at York University in the UK, told CNN: “There is no escaping the fear of the virus that exists in Africa. “It conjures up all sorts of horrible images in people’s minds of disasters like Ebola.”

According to the authors of a Public Health Emergency COVID-19 Initiative Report.

The report shows that images of the snakelike appearance of the Ebola virus and depictions of menacing bats remained ingrained in observers long after the outbreak ended. When a new virus is found on the continent, it can cause panic.

“When fear, the ‘motive state’, translates into action, the individual’s fearful behaviors manifest at an aggregate level and can spread rapidly and continuously, in an epidemic fashion, between groups of people who share fears and observe each other’s behaviours.”

Adekoya says these fears are rooted in the 19th-century mythologization of Africa in movies and news reports.

“The ‘Dark Continent’ still resonates so much psychologically around the world and that’s why any virus or disease that’s thought to have come from Africa will be feared,” he said. instinctively.” “If the variant were detected somewhere else, the response would be much different.”

Studies show that travel ban slowing the spread of the virus in just a few weeks, and WHO has repeatedly stated that travel restrictions cripple economies and discourage countries from continuing to develop viruses and mutations. new body.

Adekoya fears the travel ban could be “a complete disaster for African economies.” To combat this, he suggested that leaders stand up to their international partners.

“Africa needs to exert maximum diplomatic pressure on Western governments to produce scientific evidence of what’s going on. What is this variant? How lethal is it? And the ban goes. How long should this be in effect?”

According to Mara Pillinger, a Senior Associate at the O’Neill Institute for National and Global Health Law at Georgetown Law School in Washington, DC, the travel bans have more to do with a lack of political interest in alternatives and have little to do with taking specific measures to prevent the spread of the virus.

“When governments put in place travel bans, it’s symbolic – they’re trying to give the impression that they’re acting to protect themselves,” Pillinger told CNN. “But partial measures don’t work. It’s like plugging one hole into a leaking bucket and letting the other holes continue to leak.”

She went on to explain that government leaders support the travel ban as buying time. “But we already knew what we needed: a combination of vaccines, masks, better ventilation, testing and social distancing if possible.”

South Africa’s President Cyril Ramaphosa said in a speech to the nation on Sunday that he was “deeply disappointed” by what he considered “totally absurd” actions by the West.

“Travel bans are not informed by science, nor will they be effective in stopping the spread of this variant,” he said. “The only thing the travel ban would do would be to further damage the economies of the affected countries and undermine their ability to respond and recover from the pandemic.”

During a joint press conference with Nigerian President Muhammadu Buhari on Wednesday, Ramaphosa called for the bans to once again be reversed.

Dr Ayoade Alakija, co-chair of the African Union’s Vaccine Distribution Alliance, told CNN that a new variant would be inevitable as long as regions of the world remained unvaccinated.

“We have to appeal to the whole world about it. They are excluding and persecuting us,” she said. “Africa needs to find a common ground. Our leaders need to wake up, realize the geopolitical influence they have and realize that they can do something about it now.”

Only 6% of the more than 8 billion vaccines used globally are in Africa.

Since October, less than 10% of African countries is expected to achieve vaccination target, According to WHO. Fifty million vaccines have reached Africa as of October (twice the number shipped from the previous month) but only 77 million Africans have received it. fully vaccinated on one continent with a population of more than 1 billion people.

At the start of the pandemic, Africa was welcomed for several quarters for its relatively low cases and deaths, largely based on strong policy responses.

ONE December 2020 report from the Tony Blair Institute for Global Change also attributed the successes “in some cases to innovations drawn from previous experience in infectious disease and the continent’s growing strength in technology. ”
However, when cases spike regions of Africa This past January – around the same time vaccines were made available – wealthier nations stocked up on large quantities to vaccinate their populations, leaving developing nations behind.

Some critics attribute low vaccination rates on the continent to vaccine hesitancy, a hypothesis that Alakija describes as “dry skin disease”. She pointed out that many countries received small amounts in the first place.

“There was also hesitation in the United States about vaccines, but that didn’t stop the vaccine being available, so that theory doesn’t hold up,” Alakija said.

While supply challenges remain an issue in Africa, vaccine hesitancy is a harsh reality and “remains a major problem in many countries, including South Africa”. , Michael Head, a senior researcher in global health at the University of Southampton, told CNN’s Ivana Kottasová.

Global Access to COVID-19 Vaccines (COVAX), an initiative to promote equitable access to vaccines, was acknowledged in October that Africa’s Goals 40% of people here are unlikely to be vaccinated in part because of the growing demand for vital vaccine supplies, including syringes.
“The huge gap in vaccine equity is not closing fast enough,” said WHO Regional Director for Africa, Matshidiso Moeti. said in a statement this early year.

On Monday, Team Europe, a coalition of EU organisations, pledged to fund 500 million doses of AstraZeneca, Johnson & Johnson, Pfizer and Moderna vaccines for COVAX to lower-income economies in the fight against Covid-19.

Gavi, Vaccine Alliance, say second Initial donations have gone to Egypt, Nigeria, Lao PDR and Syria, with more to go to countries across Africa, Southeast Asia and the Middle East.

Meanwhile, US President Joe Biden said at the National Institutes of Health on Thursday that the new variant will be fought with “science and speed, not chaos and confusion.”

But in Africa, Some experts say that South Africa’s “science and speed” to warn the international community about Omicron, led to “chaos and confusion.”

Africa’s way forward, Adekoya said, “must be one of great economic enrichment so that it can free itself from the meaninglessness of letting others down.”

Biden, Putin to talk next week as tensions rise over Ukraine 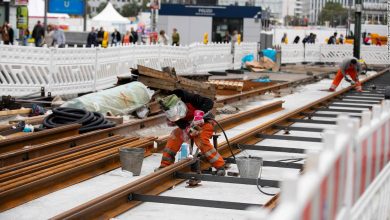 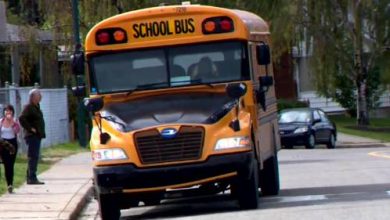 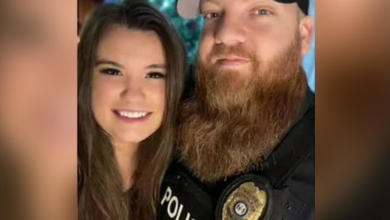 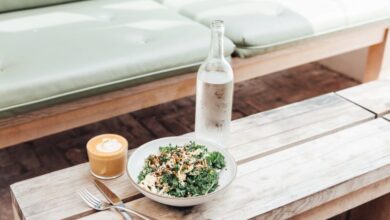