The world’s largest active volcano’s first eruption in 38 years is drawing viewers to a national park for a “spectacular” view of the event, while also evoking memories of the past. bad memories of some Hawaiians who have had painful volcanic experiences in the past.

Just four years ago, Nicole Skilling fled her home near a community where more than 700 homes were destroyed by lava. She moved to the South Kona area, only to find herself loading her car with food and supplies this week after Mauna Loa erupted late Sunday.

Officials were initially concerned that lava flowing down the volcano’s slopes would head south of Kona, but scientists later assured the public that the eruption had moved to a rift area on the eastern slopes. north of Mauna Loa and does not threaten any communities.

However, the uncertainty is a bit scary.

“It just happened last night, so basically I don’t really have a lot of time to worry about it,” Skilling said Monday. “And fortunately, right now, it’s in the northeast rift. But if it breaks out in the west, that’s when we’re talking about entering a densely populated area . . . That’s why I have a bit of PTSD.”

Although there were no evacuation orders, some people decided to leave their homes, prompting officials to open shelters in the Kona and Kau areas. Hawaii County Mayor Mitch Roth said few if anyone will stay overnight, and they will be closed on Tuesday.

“Obviously the danger for the Kau area and the Kona area is gone, so there’s really no need for shelter there anymore,” Roth said.

Even so, some in the region are bracing for unpredictable changes.

Kamakani Rivera-Kekololio, who lives in the Hookena community south of Kona, leaves items like food and blankets in his car.

“We’re making makaukau for anything,” says Rivera-Kekololio, using the Hawaiian word for “ready.”

Ken Hon, chief scientist at the Hawaiian Volcano Observatory, said Tuesday that the lava is flowing “not so fast” at less than 1 mph. It is moving downhill about 10 kilometers from Saddle Road, which connects the east and west sides of the island. The stream is likely to slow to about 4 miles (6.4 km) from the road when it hits flat ground.

Lava crossed the road into Mauna Loa Observatory on Monday night and cut off power to the facility, Hon added. It could move towards the county seat of Hilo, but it could take a week or so.

Meanwhile, scientists are trying to measure the amount of gas emitted by the eruption.

The eruption is drawing visitors to Hawaii Volcanoes National Park, which is open 24 hours a day. Park spokeswoman Jessica Ferracane said: “The view is breathtaking” especially before sunrise and at night.

“This is the rare time we have two eruptions happening at the same time,” said Ferracane.

Hilo resident Lea Ferreira said she had no intention of being one of those spectators. And she’s not worried about this eruption because she remembers the last time in 1984.

“It’s nothing. She came out quiet, very quiet,” she said, referring to Pele, Hawaii’s god of volcanoes and fire. “In 1984, you could see high currents in the air.”

Ferreira said she could only see a little light and a “very small amount of lava” from Hilo.

Some are driving to get a closer look, but Ferreira is not: “I’ll let her do her thing.” 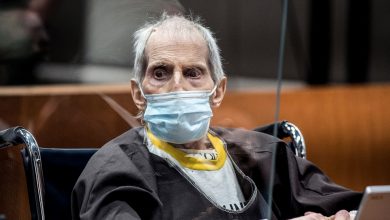 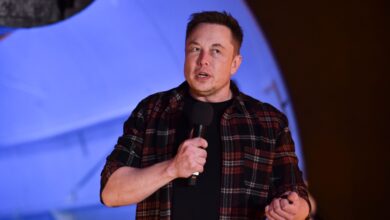 RCMP believe weather a factor in 2 northern Alberta highway crashes, 1 of which was deadly – Edmonton 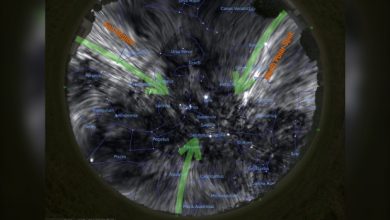 Magnetic tunnel may be surrounding our solar system: study