ST. LOUIS (KMOV.com) – “I grew up as a farm boy in Ohio. I never dreamed I would spend my life doing this.”

As usual, April 8th. Mike Crooke picked up the phone and called Susan Fuldauer. They say. They cry.

Larry Ankrom would spend that life at FBI headquarters in Quantico, Virginia, specializing in behavioral science, eventually becoming the director of the FBI’s Behavioral Analysis Unit for the American West. In layman’s terms, Ankrom is an FBI profile.

“I have worked on hundreds of serial murder cases,” he said. “There are records, and later, hopefully interviews with the killer. You try to learn something from one case that can help the next. But the things that make sense to us don’t make sense to them.”

As soon as detectives in Indiana, Missouri, and Kansas realized they had a serial killer on their hands, they reached out to Ankrom.

“I started by looking for leftover cookie crumbs along the way,” Ankrom said. “I realized early on that this case was very unusual. You don’t see serial killers targeting businesses this way. I think the idea that he can drive to and through this makes him emotional. He spent time daydreaming about this, visualizing it in his mind.”

Investigators found it strange that the killer chose crowded locations. Ankrom thought it made sense.

“I don’t think he even knew what store he was going into. He probably thinks more people can help him fit in, make him comfortable. And as we’ve heard from some of the witnesses we have; This guy doesn’t look like a scammer. There is nothing alarming about his appearance.”

Ankrom then focuses on what happened inside those stores.

“He knows his priority is to get in and out quickly. All his MO’s in and out. He had very limited interactions with his victims. But he had enough personal skill to convince them that as long as they cooperated and accompanied him into the back room, they would be fine. ”

“After killing them, he was running away. His heart is racing. It was like he ran a marathon. It is very satisfying to him. Then his thrill is reliving what happened in his mind, over and over. He is exhausted and may have to break down for a few days. He loves reading articles about what happened. He wants to know what the police know. He likes to be dubbed the I-70 killer. He thinks he’s smarter than everyone else.”

“What makes sense to us doesn’t make sense to them.” – Larry Ankrom, FBI Files.

But there was no time to rest after Indianapolis. For some reason, the killer had to go to Wichita.

“Whatever triggered him, he committed to, driving hundreds of miles quickly. He may already have a job on the way he needs to be. I don’t think he went to Wichita looking for it. He went there with a purpose. “

But for Ankrom, Wichita was clearly different, having trouble getting in the door before the killer could escape.

“First, I don’t think he expected to find two women in that store. Now, instead of just firing one, he had to tie them up. He probably wasn’t prepared for that. Second, we know he was trying to keep the noise down by sticking a gun to his wedding dress. Third, he has to face customers walking through the door after closing. And what did he say to him? The same thing he probably said to every victim: ‘all I want to do is tie you up so I can run away.’

“This is impressive in terms of the ability of the killers. In a high-risk, high-stress environment, where things don’t go as he planned, he doesn’t panic. He’s definitely nervous, but he’s shown maturity. It’s impressive. This killer is not some idiot. He is in control of his scenes.”

Ankrom suggested that the killer was probably concerned about the witness running away and may have decided to change his appearance afterwards. While giving Wichita credit for the killer, he said he made other mistakes in the future.

“He showed us consistent patterns, allowing us to paint a picture. He exhibits very little criminal fallacy. For example, serious murderers will never leave a bullet casing at a crime scene. He left us with some real potential in terms of physical evidence in every shot.”

“But we’ve had no luck in the induced DNA cases,” warns Ankrom.

Then there’s the gun. Ankrom didn’t believe, like detectives, that the killer was using an antique German Erma Werke 22 pistol.

“That gun was very difficult to carry and hide. It had a barrel nearly a foot long, and that was not what some eyewitnesses described. But if it’s Erma Werke, it’s so rare and unusual, there must be a reason why he chose that. It must be very important to him. Maybe it was a ceremonial object for him or something passed down from a family member. There are several types of emotional attachment. That gun will be his teammate in this. “

And that gun will carry the killer’s acquaintances.

“If that particular gun was important to him, or there was some story behind it, he could have told someone about it. Other than that, someone knows the characteristics of this guy. We know from witness Wichita that when the killer was nervous, he kept rubbing his face, over and over again. It is a specific neurological trait. Someone had seen this man do it before. “

ST. CHARLES COUNTY (KMOV.com) – In a chilling case that makes no sense about a murderer or…

After Raytown, the killings stopped.

Ankrom estimated the killer was in his late 20s or early 30s at the time of the I-70 murders. He believes he lives or works in the Indiana area.

“Serial killers often start in their comfort zone, run into problems somewhere, then return to their comfort zone. This guy started in Indiana, ventured to Wichita, crashed, and went right back to Indiana. It’s a textbook. ”

If the killer is still there, and Ankrom suspects that he is, he has one final message for him.

“He’s also a coward, shooting women in the head.”

Random: World's first gaming nut butter made for players to eat while gaming 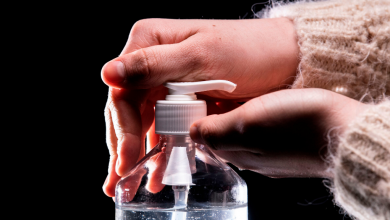 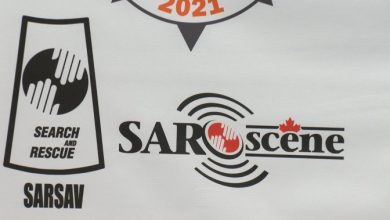 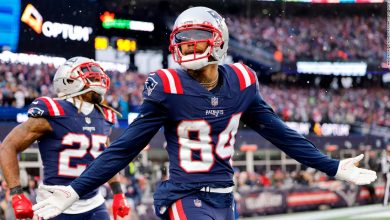 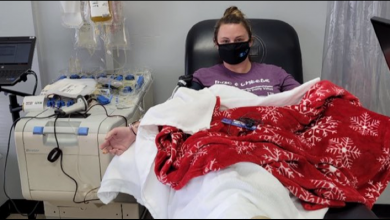