Baghdad, Iraq – Under the intense heat of the Iraqi summer, thousands of people gathered inside Baghdad’s Green Zone for mass prayers on Friday.

Some wore towels to soak their faces in the water, others brought bottled water to pour over their heads, many carried umbrellas – all in an attempt to ease the scorching heat.

As the sun shone down on the crowd of thousands gathered in the roofless square in central Baghdad, some people began to faint.

Alobaidi said: “When the air is still, I feel like I am being baked in an oven.

“When there’s a light breeze, it feels like a hair dryer is blowing in my face… full force,” he says.

“You’d think living in Iraq would get you used to this kind of weather, but no, no human being has to live in this weather.”

The heat wave is sweeping across Iraq.

Temperatures have risen to nearly 50 degrees Celsius in Baghdad almost daily, and in the southern city of Basra, temperatures have reached nearly 53 degrees – dangerously high in a country lacking infrastructure and chronic basic services, while also suffering during a political crisis.

Every summer, Iraq experiences heat waves of varying intensity and this year is no exception.

But this year, the scorching heat was also exacerbated by a burning political crisis: An impasse in parliament has paralyzed the country, including Iraq’s lack of government funding to allocate reasonable expenses for essential services such as electricity supply.

Since last year’s parliamentary elections, Iraq has endured more than 300 days without a government.

Despite winning the most seats in parliament, al-Sadr was unable to form a government of his will. He later withdrew his representation from parliament, leading to a political deadlock.

Al-Sadr has recently flirted with the idea of ​​holding another election. His supporters stormed the parliament building last weekend in Baghdad and continued their occupation there, further complicating the political crisis.

When asked why he continued to protest in such a blazing heat, Alobaidi raised his hand and said: “It’s all because of Muqtada!”

In the midst of scorching days and a heated political crisis like the present, there is a governing government that, by law, cannot set a budget, including for the vital electricity sector. of the country.

Currently leading that government since May 2020, Mustafa al-Kadhimi is severely limited in what he can do with state finances.

On May 15, the Federal Supreme Court of Iraq ruled that the current governing government can only carry out projects based on the budget established for the last year and only at a monthly rate. .

Iraq, an oil-rich country, has exported record amounts of oil and generated growing revenue for the country due to Russia’s invasion of Ukraine and the global oil turmoil.

However, with budget allocation constraints due to the deadlocked political situation, the government is unable to tap into the growing asset reserves accumulated in recent months as ministries within the government are faced with challenges. facing a budget shortfall.

The ministry announced on July 30 that it had achieved an unprecedented level of supply with electricity output of 23.25 gigawatts, still far short of the amount of electricity needed to cope with the harsh summer. According to the ministry, electricity demand in the summer of 2022 will reach a record high of 34.18 gigawatts.

‘Simply can’t do anything’

Yaser al-Maleki, energy economist and Gulf analyst at the Middle East Economic Survey, said there are several causes for the power shortage.

“[There are] al-Maleki told Al Jazeera.

“But at the same time, the Department is simply not prepared for the summer needs because they don’t have the budget.

“What will they do in the summer of 2023 when the demand is so high – are we going through another few hundred days without a government?” he asks.

A lack of adequate electricity supplies is pervasive across Iraqi society, where many have been deprived of the means to stay cool as temperatures rise.

In the southern provinces of Iraq, including Basra, on the evening of August 5, when the temperature remained above 40 degrees Celsius, an issue occurred with the Basra power line supplying Nasiriya, resulting in its closure. completely the Basra power plant. The city was plunged into darkness before power was restored in the early hours of August 6.

So is the prolonged power shortage in the capital. In the Mustansiriyah district northeast of Baghdad, for example, the national grid can only provide households with about six to eight hours of electricity a day, according to some residents.

For well-off families, private generators can fill the electricity gap. The cost of running a generator varies, depending on the amount of energy consumed, but many people who spoke to Al Jazeera said they could spend between $100 and $150 per month for a relatively stable source of electricity.

Ahmad al-Zangana, a resident of the district, said he uses a generator to keep the air conditioner running at night.

For the vast majority, paying such a high price for privately produced electricity is not an option. They have to find ways to withstand the heat.

Yaser Zalzaly, with his wife and two children, sat in Abu Nuwas Park on the banks of the Tigris River in central Baghdad, after the midday heat began to ease.

Watching his children play in the water, Zalzaly said the electricity at his home had dropped to just four hours a day.

It was almost 8pm, the temperature was still 44 degrees Celsius.

“Simply can’t do anything in the house,” he says, using the magazine as a fan to create a bit of wind.

“We come here every evening just to escape the trapped heat in our house.” 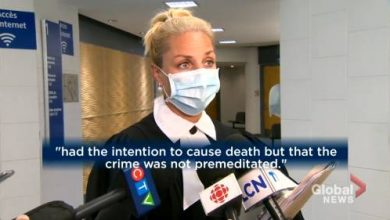 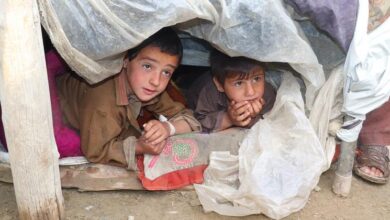 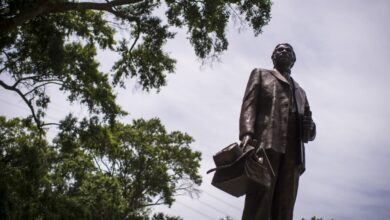 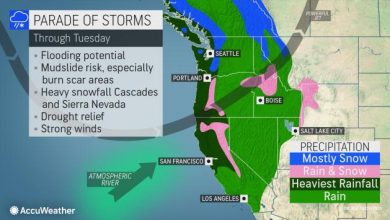