In Durban, South Africa, scientists led by Dr Tulio de Oliveira, director of the Center for Disease Innovation and Response (CERI) at Stellenbosch University, conducted routine genomic surveillance of SARS- CoV-2 from different regions when they notice disturbing variations in genomes assembled in Gauteng province. They alerted colleagues around the country and within their research network, and ramped up their analysis, eventually identifying more examples of the virus with the new cluster of mutations in samples from the labs. other experience. They then sound the alarm, notifying both their national governments and the international community.

This is how scientists at CERI identified a new Omicron variant in November 2021 — and how their colleagues in South Africa identified variant Beta in December 2020. In each case, these experts took the right steps: sequenced the virus, identified a potential variant, confirmed its existence, shared data and give a signal. As a result, the global scientific community can quickly begin to search for the prevalence of the variant elsewhere, while researchers quickly gather information about the new variant, including its transmissibility. transmission, virulence, and whether current vaccines and treatments are effective against it. These are fundamental knowledge gaps that public health officials, politicians, and the general public need to know in order to be able to accelerate responses and contain or contain outbreaks.
[time-brightcove not-tgx=”true”]

But the reaction to the news – including travel bans, stock market sell-offs, proposed shutdowns, etc. – suggests that the temptation to self-interest may continue to make it difficult to end the pandemic and prevent the next pandemic. While Omicron seems to be more contagious and less serious compared to previous variants, there is still much to learn about it. But we know for sure that the only way to contain Omicron and other variants — and ultimately create Endemic COVID-19—Is working together the way South African scientists and others around the world have been doing over the past few months. Otherwise, we will fail to prevent the next variant — and continue to lose lives and livelihoods to COVID-19.

The world already has many of the things we need to accommodate new variations. Amid the discoveries of Beta and Omicron variants, genome surveillance — tracking how a virus changes as it spreads through different populations by sequencing a representative sample of the virus — has increased globally. The cost of COVID-19 test kits has dropped in many countries. And that’s not to mention the miracle vaccines and monoclonal treatments that have been developed and enabled in record time.

Almost 60 percent of the global population have received at least one dose of the COVID-19 vaccine. But there is a huge difference: about 72% of these injections are administered in high- and upper-middle-income countries, while only 0.9% are administered in low-income countries. This means that variants will continue to spread — and are more likely to appear in less vaccinated populations than highly vaccinated people.

Until these kinds of inequalities are addressed — for example, until the majority of people worldwide are fully vaccinated, slowing the emergence of variants — global cooperation on surveillance is the only way to save lives.

Read more: Rethinking the limitations of COVID-19 for a world with vaccines

We need a network of people and laboratories around the world doing more than what Dr. de Oliveira and his colleagues did late last year. They need to collect and scrutinize data from a variety of sources, including wastewater and other environmental repositories, and go deeper to understand how the virus is changing and quickly recognize when a breakthrough is occurring. variable has developed. They then need to broadcast a signal for others to see and work quickly to receive confirmation. Once they do, they need to share their resolve widely, loudly, and quickly. It is the only way to transition from the knee-jerk reactions that have prevailed over the past two years to evidence-based public health measures and more effective, timely, and collaborative policy decisions.

Unfortunately, such a global network exists only in a rudimentary way right now — which is one reason why, as quickly as Dr. de Oliveira and his team worked, Omicron exploded in popularity. other undetected. Fortunately, a number of global entities are being established to facilitate such information sharing. For its part, the Rockefeller Foundation has launched Institute for Pandemic Prevention (PPI), will help create an early warning system to signal an outbreak, speed up response and stop the spread of the virus. Collaboration between PPI and our partners like CERI is essential for the world to quickly identify and accommodate new variants.

There is a lot that world leaders can do to facilitate a network, but I would like to mention a few here.

First, scientists must get credit for their work. There is little incentive for them to participate and share the results of their research and analysis if it is not recognized by them. That’s one of the reasons that GISAID — an open source database created by scientists, for scientists—Successfully enabled sharing of verifiable, transparent, and timely data about SARS-CoV-2 and other pathogens. The GISAID community of scientists has shared more than six million genetic sequences of SARS-CoV-2; thousands of sequences of the Omicron variant are being shared among scientists and governments around the world as I write this.

Second, countries should not be punished for sharing news about emerging variants or other pathogens that could have consequences for humans. Styrofoam travel ban like those that apply to countries in southern Africa do little more than punish scientists and government officials who have acted in good faith by warning the rest of the world. of the world about a potentially dangerous new pathogen. In addition to limiting personal or business travel, these bans also limit the flow of reagents and supplies essential to monitoring the spread of the virus and treating people in potentially hot areas. hidden. Instead of punishing countries for moving forward, world leaders must praise them and provide desperately needed resources to facilitate and accelerate outbreak investigation and response.

To identify and contain new COVID-19 variants, we need a diverse network of partners — from the public and private sectors, academia and public health, animal and human health, etc. — at all levels: global, regional, national and local. By working together, we can share work, divide responsibilities, and focus limited resources where they can have the greatest impact, locally and globally. And if we do so with an approach rooted in trust, we will succeed. In fact, by working together, we can build a system that detects, mitigates, and stops outbreaks anywhere — before they become pandemics everywhere. 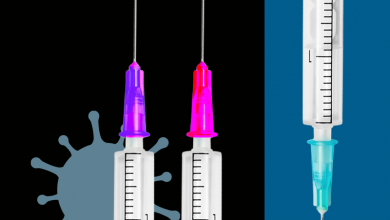 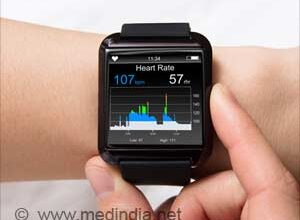 How are Heart Data from Smartwatches and Skin Color related? 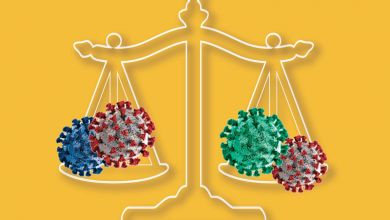 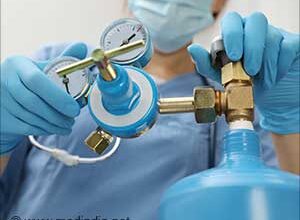