According to the International Renewable Energy Agency (Irena), the gas crisis in Europe could accelerate the transition to clean energy and use green hydrogen as a viable alternative to oil and gas. burn.

Francesco La Camera, general manager of Irena, told the Financial Times: “Price volatility is a feature of the oil and gas system. “Switching to a new energy system, where hydrogen plays an important role, gives us less volatility.”

The development of green hydrogen, generated from water and using renewable electricity, has become a policy priority for many countries as they prepare to cut emissions to “zero” by 2050.

An Irena report released on Saturday forecast that the geopolitics of oil and gas, in which producing countries have the power to influence prices, will weaken as new fuels including hydrogen become available more dominant.

It concluded a “new energy geopolitical map” and an improved “hydrogen diplomacy” would emerge as production increases around the world.

“The hope is that the geopolitics of energy in 2050 will be less important than it is now, because people will be less dependent on small markets that can actually affect the global energy market in ways that we have today,” said Elizabeth Press, Irena’s director of planning.

La Camera said the green hydrogen market has been growing “slightly faster than we anticipated a few months ago”, pointing to recent deals in Germany, Uruguay and Brazil.

Irena estimates that hydrogen could supply 12% of the world’s energy needs by 2050 if global emissions are cut dramatically to limit warming to 1.5 degrees Celsius.

But the market will evolve in a “regional rather than global” direction, La Camera predicts, noting that more countries will be able to produce manufactured gas. As a result, profits are unlikely to reach the level enjoyed by traditional oil and gas producers, he added.

Major energy consumers, including the US, China, EU, Japan, India and South Korea, have made hydrogen a key component of their energy plans.

About $65 billion has been earmarked for hydrogen production over the next decade, with Germany, France and Japan considered the biggest investors.

Although gas is difficult to transport, it can be converted to ammonia for long-distance transport, or transported through existing natural gas pipelines. Several shipments of hydrogen-derived ammonia were sold to Japan last year from Saudi Arabia and the United Arab Emirates.

Irena, an Abu Dhabi-based group with more than 160 member counties, conducted a survey that found Australia, Chile, Saudi Arabia, Morocco and the US are best placed to be manufacturers. leading hydrogen producer, due to supportive policies and the availability of renewable energy.

Fossil fuel producers can also turn to hydrogen production as an alternative to oil and gas. Saudi Arabia, which is looking to diversify away from its dependence on oil and gas, said this week it aims to become the world’s cheapest producer of green hydrogen.

To achieve climate goals, green hydrogen must be combined with carbon capture to limit the effects of associated carbon dioxide and methane emissions.

The recent increase in gas prices has made the economics of green hydrogen look relatively attractive compared to blue hydrogen, which requires natural gas to produce.

The Irena report expects green hydrogen to reach the same price point as green hydrogen by 2030 in many countries, although other studies suggest it is closer to 2040. For now, the cost of electrolyzers, type machines needed to produce green hydrogen, making production expensive.

“What is happening right now really underscores the need for a faster transition,” says Press. It shows that we need a different energy mix that will make it safer, more secure and more diverse.”

The color of the hydrogen rainbow

Green Hydrogen Produced with natural gas but with carbon emissions captured and stored or reused. Insignificant output due to lack of mining projects

Gray Hydrogen This is the most common form of hydrogen production. It comes from natural gas through methane metabolism but has no emissions

Turquoise Hydrogen Uses a process called pyrolysis of methane to produce solid hydrogen and carbon. Not proven at scale. Concerns about methane leaks

Local governments scramble on U.S. home rental aid after ‘use it or lose it’ order By Reuters 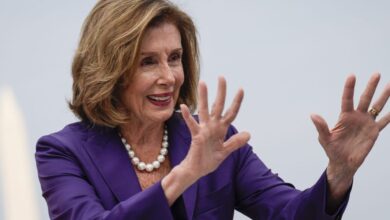 Nancy Pelosi lands in Taiwan, despite China’s warning of a military response 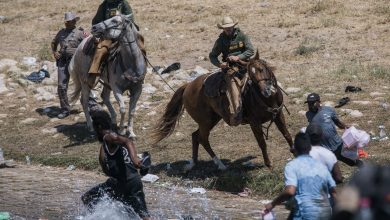