The commissioners were doing the work that must be addressed every 10 years after the census determines which states have gained or lost population, necessitating new congressional district lines for the 2022 midterm elections. Each state has its own rules for line-drawing, some with more politicized processes than others.

What makes California’s process different from many other states’ is that the redistricting commissioners were paying little or no attention to the political lines — either those marking the existing districts or where current officeholders live. To the naked eye, the line-drawing sometimes appeared chaotic and haphazard — and it kept some of the state’s political activists and consultants on the edges of their seats as the commission drew and redrew the congressional districts for the highly competitive area of Orange County no less than three times in one session, for example.

The commissioners in California — the most populous state, with more than 50 congressional districts — faced one of the most complex remapping projects in the nation. And while California will avoid the partisan gerrymandering that has plagued so many of the states where lawmakers from the party in power are drawing the lines, the panel’s work has demonstrated that even independent commissions, which exist in a handful of states, can spark a broad array of controversies. There is little doubt, however, that the California commission’s maps will likely produce as many as eight or nine competitive congressional races next year, along with many headaches for incumbents who may have to play musical chairs to figure out which new districts to run in.

California is one of several states, including Arizona, Colorado and Michigan, where independent commissions are responsible for drawing congressional districts. There are also other models of redistricting commissions with varying degrees of independence. Some are only advisory; others include members who are handpicked by lawmakers, making them more political.

“In the states where the commissions are truly independent, we are seeing really good maps,” said Adam Podowitz-Thomas, senior legal strategist for the Princeton Gerrymandering Project. “They’re much fairer from a partisan perspective; (the commissions) are much more responsive to community feedback, so when public hearings are being held, they’re actually listening to what people have to say and then adjusting the maps based on that feedback.” But he noted that in states like Virginia, where commissions included elected officials as members, things quickly went awry.

A messy process but more attention to fairness

The fact that California’s messy laboratory for democracy is unfolding for all the world to see is exactly what former Gov. Arnold Schwarzenegger, a Republican, had envisioned when he pushed for two ballot measures in 2008 and 2010 to wrest the task of line-drawing away from self-interested state legislators, placing it in the hands of an independent commission that is composed of five Democrats, five Republicans and four commissioners who do not belong to either party, chosen through a complex process that includes a lottery.
California’s process has plenty of critics, and the commission is facing a lawsuit on behalf of five voters who accused it of having secret meetings with interested parties and demanded that the commission fire legal advisers with a firm that has primarily represented Democratic clients.
But across the country, the work of independent commissions has stood out this year, in part, because Republicans have such a firm command of the redistricting processes in many of the states where it’s partisan.
The GOP’s dominance in state legislatures has allowed Republicans to draw maps often shoring up GOP-held seats while eliminating competitive ones — giving their party a major advantage in the upcoming battle over who will control Congress. North Carolina’s map, for example, would give Republicans an advantage in 10 of 14 congressional seats, according to an analysis by the Princeton Gerrymandering Project, despite the state’s relatively even tilt in presidential races. The map immediately drew legal challenges and the North Carolina Supreme Court recently delayed the state’s primary elections due to the lawsuits.
Another glaring example of partisan meddling emerged in Texas, which had gained two House seats because of growth — primarily among people of color, according to census data. Texas Republicans approved maps that designed the two new seats with White voting majorities, leading the Justice Department, as well as other groups, to sue.
Democrats have proved they will also push their advantage when they control the process. Democratic lawmakers in Illinois, for example, produced a congressional map that the Princeton Gerrymandering Project rated as an “F” on partisan fairness, competitiveness and geographic features since it gave a significant advantage to Democrats.
There have been few checks on those kinds of brazen exercises of political power, in part because the Supreme Court decided in 2019 that it is not the role of federal courts to intervene when politicians go too far in drawing lines for partisan gain.

The decreasing competitiveness of races nationwide, said Simone Leeper, who is legal counsel for redistricting with the Campaign Legal Center, “is a sign that politicians are carefully selecting their voters in a way that makes them have safe seats.” In terms of naked partisanship, this cycle has pushed the limits, in part, she said, because the Supreme Court “essentially handed many states a free pass.”

“That’s something that we are going to be fighting in state courts to the best of our ability,” she said. “But that is a threat that we knew was present, and that the Supreme Court was warned would come to pass — and it is now.”

‘Not all commissions are created equal’

While many of the states that created redistricting commissions with some degree of independence from politicians had hoped to curb partisan gerrymandering and make the process fairer, Leeper cautioned that “not all commissions are created equal,” nor are they free from political influence, particularly when the state’s top leaders have a role in picking their members.

The independent commissions that have done best, said Podowitz-Thomas, have a very clear set of redistricting criteria that has driven the line-drawing process, explicit transparency requirements (with lines drawn in public view) and a review at the end by a third party, like in Colorado, where the state Supreme Court was required to review the maps and decide whether they were compliant with the state Constitution.

Political deadlock created huge problems for Virginia’s bipartisan redistricting commission — where half the members were lawmakers and half were unelected citizens, all evenly divided by party. Ultimately the commission gave up, kicking the whole process to the Virginia Supreme Court.
In Montana, where the new census data offered the state a second congressional district for the first time in decades, Democrats — who have recently failed to win the state’s at-large seat — had hoped to create a more competitive district in the western side of the state. The panel was evenly divided between two Republican and two Democratic members of the state’s commission — who were chosen by the majority and minority leaders of the state House and Senate — and a nonpartisan chair appointed by the state’s Supreme Court. When the Republican and Democratic members of the state’s commission could not agree on the maps, the nonpartisan chair served as the tiebreaker, choosing the map favored by Republicans, which was less competitive.
Utah’s voters created an independent redistricting commission through a 2018 ballot measure that was intended to curb gerrymandering, but its power was diminished by the state legislature, which made it an advisory panel. The independent commission won high praise for the fairness of its maps from national experts this year after spending months gathering input from Utah voters. But the GOP-controlled legislature dispensed with the commission’s congressional map, which would have included one Democratic-leaning district in the Salt Lake City area, and instead split that area into four congressional districts, preserving four GOP seats.
There was also controversy around the independent commission in Colorado, whose map got high marks from some independent monitoring groups for partisan fairness, with the Princeton Gerrymandering Project giving it an “A” on that metric. But several groups representing Colorado’s Latino voters argued to the state’s Supreme Court that the commission’s map diluted the influence of that fast-growing population of voters in the southern portion of the state as well as in areas north of Denver. They did not prevail.

“We felt that since the commission was independent that we would have the upper hand, because of the demographics and the voter changes,” said Sonny Subia, who is the Colorado state director for the League of United Latin American Citizens. “But what’s happened now is we’ve taken two steps back. So now we’re going to have to work that much harder to make sure we overcome the shortcomings that we were handed by the commission.”

Some similar concerns have surfaced in California, where Latino voter groups are concerned that line-drawers have not done enough to strengthen the political power of Latino voters.

Commissioners have drafted 13 districts (of 52 total) that have majorities of Latino voters — compared with 10 on the current map. But Latino activists have questioned whether the percentages of Latino voting-aged populations are high enough (more than 50%) to give those voters real opportunities to elect Latino representatives in the Central Valley.

The California commission’s task was complicated by the state’s loss of a congressional seat this cycle for the first time in history due to slower growth than other regions of the country. There was an uproar when the commission’s draft maps in November suggested that the district of Democratic Rep. Lucille Roybal-Allard in South and East Los Angeles — which has the highest concentration of Latino voters of all of California’s districts — would be broken up into pieces. Commissioners have continued to revise the maps by the day, making the final outcome unclear.

Thomas A. Saenz, president and general counsel of the Mexican American Legal Defense and Educational Fund, noted that 69% of the growth in California’s citizen voting-age population over the last decade was Latino — “an indicator of a very mature Latino community, where most of the growth is coming from kids who have turned 18 over the course of decade.” That is one reason why Latino advocacy groups believe that California’s lost seat should not be one with as high a Latino population (89%) as that of Roybal-Allard’s.

In the Central Valley, Latino advocacy groups have argued that the commission’s process should have been driven by drawing Latino-majority districts that could overcome the long history of racially polarized voting, discrimination that has contributed to low Latino turnout and vote dilution in that area. Simply drawing a district where the Latino voting-age population is just over 50% is not sufficient, they argue.

“You don’t get to discriminate year after year after year and then say, ‘Oops, now we’ll put you at 50 plus one and you should be able to win,’ when one result of the ongoing discrimination is that that community just doesn’t turn out in the numbers and percentages that the White community does,” Saenz said.

If a commission knows that it has to draw higher percentages of Latino voting-age populations in some districts to remedy vote dilution and it declines to do so, “that can be a violation that is subject to court action,” Saenz said. But he said it is too early to tell whether California’s commission will fall into that category.

The commission is exploring whether it can redraw some of the lines in the Central Valley to try to boost the percentages of the Latino voting-age populations in individual districts before it votes on final maps next week. 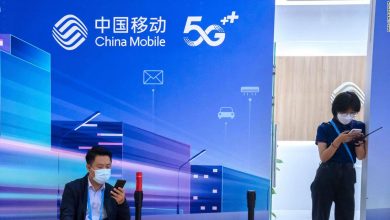 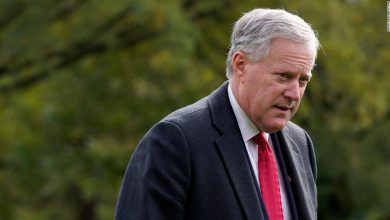 Why is Mark Meadows’ move to despise criminals so different?

Today in History for September 30th 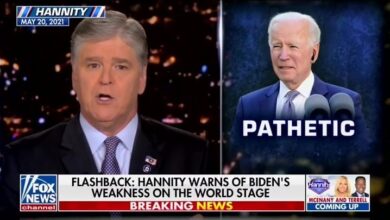 Hannity Doubles Down on Quoting Kremlin Spokesperson: ‘I Told the Truth!’