The event Apple announced the rollout of watchOS 9 and iOS 16, starting September 12. See if you’re on the list of Apple Watch users who will get watchOS 9.

At its Far Out event, Apple has officially launched the iPhone 14 product line, Apple Watch Series 8, upgradeable and affordable Apple Watch SEPremium Apple Watch Ultra and AirPods Pro earbuds 2. However, there are two other big announcements that have been officially announced through the iPhone maker, but in secret. Apple has confirmed rolling out the final versions of iOS 16 for iPhones and watchOS 9 for Apple Watch users. After three months of beta testing, Apple has finally decided to bring Apple’s next operating systems to the iPhone and Apple Watch. Starting September 12, next Monday, iPhone as well Apple Watch users will be able to update their system with the latest operating system. Here, let’s discover all about watchOS 9 and who will get the update.

WatchOS 9 includes new advanced running metrics to measure performance, like Step Length, Ground Contact Time, Vertical Oscillation, and Running Power. New exercise views, such as Segment, Split, and Elevation, provide key metrics at a glance. It also brings an important update to the Workout app and the Sleep app. There’s a new Medicines app that keeps track of all the medications and vitamins a user takes on a daily basis.

Apple said, “users diagnosed with AFib can enable the FDA-cleared AFib History feature and access important information, including an estimate of how often their heart rate has signs of AFib.”

Wall Street experts predict when the S&P 500 will recover 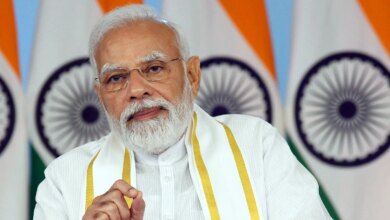 Prime Minister Narendra Modi wants to roll out 6G in India on THIS date; check now