JERUSALEM — Government ministers from Israel and the United Arab Emirates signed a free-trade agreement on Tuesday that, once ratified, would be the widest-ranging deal of its kind between Israel and an Arab country and the latest example of deepening ties between the Jewish state and some Arab governments.

The text of the deal has yet to be published and is still subject to review by the Israeli Parliament and formal ratification by the Israeli government, a process that will take at least two weeks. But officials said that once confirmed, the agreement would loosen restrictions on almost all trade between the two countries and could increase its annual value 10-fold within five years.

The speed at which the deal took shape — it was sealed less than two years since the establishment of formal ties between Israel and the Emirates — highlights the readiness with which Israel is now being accepted by some Arab leaders after years of diplomatic isolation.

For decades, Israel was ostracized by all but two Arab countries, with the others mostly avoiding formal diplomatic relations with it because of the lack of resolution to the Israeli-Palestinian conflict.

That changed in 2020, when Israel, in four agreements brokered by the Trump administration, established diplomatic relations with Bahrain and the U.A.E., re-established them with Morocco and improved relations with Sudan.

The agreements reflected a shift in priorities by those countries, which now consider the creation of a Palestinian state of less immediate importance than building a united front against the threat of Iran and establishing better trade and military ties with Israel.

The trade deal signed Tuesday in Dubai by the Israeli and Emirati economy ministers — Orna Barbivay and Abdulla bin Touq al-Marri — is the most substantive consequence of those agreements.

The deal will lead to the removal of tariffs on 96 percent of goods traded between the two countries within five years, both ministries said.

The Israeli prime minister, Naftali Bennett, described the deal as “historic,” and said that the negotiations, which began around the time of Mr. Bennett’s visit to the Emirates last December, led to “the fastest F.T.A. to be signed in Israel’s history.”

Mohamed Al Khaja, the Emirati ambassador to Israel, called it “an unprecedented achievement.”

According to the Israeli government, the deal will enhance the trade of medicine, medical equipment, food, plastic goods and fertilizer, as well as Israeli jewelry.

The deal will also improve bilateral cooperation over intellectual property rights, copyright and patents, particularly in the technology and agriculture sectors. It could also help Israeli and Emirati companies compete for government contracts in either country, the Israeli statement said.

The deal follows several other milestones in the relationship between Israel and its new Arab partners.

Mr. Bennett and several of his ministers have met their counterparts in the U.A.E. and Bahrain — visits that were once considered unthinkable — and some ministers have also visited Morocco. Those warming ties have also bolstered Israel’s relationship with Egypt, its oldest Arab partner. Egypt and Israel sealed a peace deal in 1979 but avoided establishing a warm relationship until the recent thaw between Israel, the Emirates, Bahrain and Morocco.

In a sign of improving ties between Israel and Egypt, Mr. Bennett met in March in Egypt with both Mohammed bin Zayed, the Emirati leader, and the Egyptian president, Abdel Fattah el-Sisi — another summit that would have been hard to imagine before 2020.

Israel has also signed provisional defense agreements with the Bahraini and Moroccan defense ministries, making it easier for their armies to coordinate and trade military equipment. And in a highly symbolic meeting in March, the foreign ministers of Israel, Egypt, Bahrain, Morocco, the U.A.E. and the United States gathered in southern Israel, at the retirement home of Israel’s founding prime minister, David Ben-Gurion.

Jews living in the Emirates are also observing their religious traditions increasingly openly. Community leaders estimate that the number of resident observant Jews in Dubai has doubled, to 500, in the last year, and at least five kosher restaurants have opened in that time. 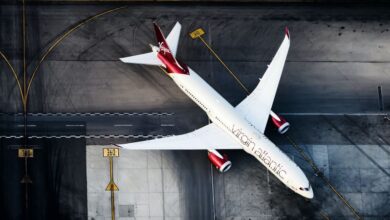 Capital One adds new transfer partner, option to cancel flights for any reason 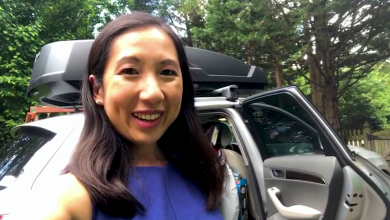 What a public health professional is grateful for this Thanksgiving 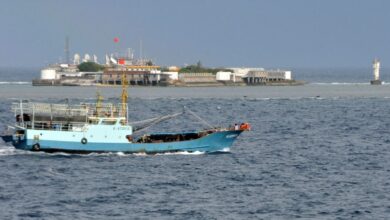 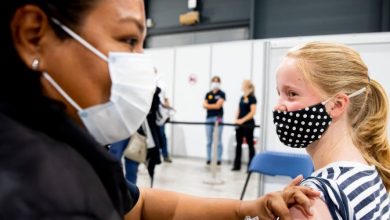 ‘Parents are asking all the right questions,’ as COVID-19 vaccine for kids awaits approval: expert