On Tuesday, a coffin carrying soil from the US, France and Monaco – the places where Baker made her mark – will be placed inside the domed Pantheon that overlooks Paris’ Left Bank. Her body will remain in Monaco, at the request of her family.

French President Emmanuel Macron decided to let her into the Pantheon, responding to a petition. In addition to honoring a prominent figure in French history, the move is also intended to send a message against racism and honor the relationship between the US and France.

Laurent Kupferman, the author of the petition for the move, told the Associated Press: “She embodies a woman’s freedom before anything.

Baker was born in 1906 in St. Louis, Mo. 19 years old, divorced twice, having a relationship with a man and a woman and starting a performing career, she moved to France on a job opportunity.

“She came to France in 1925, she was an emancipated woman, embracing her life, in a country where she didn’t even speak the language,” says Kupferman.

She achieved instant success on the Theater des Champs-Elysees stage, where she appeared topless and wearing a famous banana belt. Her performance, which embodied colonial-era racist stereotypes of African women, drew both condemnation and praise.

Theater des Champs-Elysees spokeswoman Ophelie Lachaux told the AP: “She’s kind of imaginary: not the Black body of an American woman but that of an African woman. “And that’s why they asked Josephine to dance something “tribal”, barbaric, like an African.”

Then Baker’s career took a more serious turn when she learned to speak five languages ​​and toured internationally. She became a French citizen after her 1937 marriage to industrialist Jean Lion, a Jewish man who was later subject to the anti-Semitic laws of the Vichy collaborator regime.

In September 1939, when France and Britain declared war on Nazi Germany, Baker contacted the head of France’s counterintelligence service. She began working as an informant, traveling, staying close to officials and sharing hidden information on her tracks, according to French military archives.

Researcher and historian Geraud Letang said Baker lived “a double life between a music hall artist on the one hand and a secret life that later became completely illegal, on the other. an intelligence officer.”

After the defeat of France in June 1940, she refused to play for the Nazis who had occupied Paris and moved to Southwestern France. She continued to act for the French Resistance, using her artistic activities as a cover for her espionage activities.

That year, she notably included in her entourage a number of spies working for the Allies, allowing them to travel to Spain and Portugal. “She was in danger of being sentenced to death or at least harsh repression by the Vichy regime or by the Nazis,” said Letang.

She also raises funds, including from her own personal money. It is estimated she brought in the equivalent of 10 million euros ($11.2 million) in support of the French Resistance.

In 1944, Baker joined a group of girls in the Air Force of the French Liberation Army as a second lieutenant. The group’s diary notably mentions an incident in 1944 off the coast of Corsica, when Senegalese soldiers from the colonial army fighting in the French Liberation Army helped Baker set sail. After her plane had to make an emergency landing, they brought “the sunken ship ashore, on their great shoulders, Josephine Baker in front,” the diary reads.

Baker also organizes concerts for soldiers and civilians near combat zones. After defeating the Nazis, she went to Germany to sing for former prisoners and deportees freed from the camps.

“Baker’s involvement in politics was individual and atypical,” said Benetta Jules-Rosette, a leading scholar of Baker’s life and professor of sociology at the University of California, San Diego.

After the war, Baker became involved in anti-apartheid politics. She fought against American discrimination during her 1951 US tour, which made her a target by the FBI, labeled a communist, and banned from her homeland for a year. decade. The ban was lifted by President John F. Kennedy in 1963, and she became the only woman to speak at the March meeting in Washington, before Martin’s famous “I Have a Dream” speech. Luther King.

Back in France, she adopted 12 children from all over the world, forming a “rainbow tribe” to express her “generic brotherhood” ideal. She buys a castle and land in the town of Castelnaud-la-Chapelle, southwestern France, where she strives to build a city that embodies her values.

“My mother saw the success of the rainbow tribe, because when we caused trouble as children, she would never know who did it because we never fought, risked collective punishment,” said Brian Bouillon Baker, one of Baker’s sons. AP. “I heard her say to some friends: ‘I get angry never knowing who caused the trouble, but I’m happy and proud that my children are always united.”

Towards the end of her life, she ran into financial trouble, was evicted from her home, and lost her property. She received support from Princess Grace of Monaco, who offered Baker a place to stay for her and her children.

She rebuilt her career, but in 1975, four days after her winning opening comeback tour, she fell into a coma and died of a brain hemorrhage. She is buried in Monaco.

While Baker is highly regarded in France, some critics of Macron question why he chose an American-born figure as the first black woman in the Pantheon, rather than one who has stood up against colonialism and racism in France itself.

The Pantheon, built in the late 18th century, honors 72 men and five women, including Baker. She joins two other Black characters in the mausoleum: anti-Gaullist Felix Eboue and acclaimed writer Alexandre Dumas.

“These are people who have committed themselves to themselves, especially to others,” Pantheon administrator David Medec told the AP. “It’s not just excellence in one area of ​​competence, it’s really a question of commitment, commitment to others.” 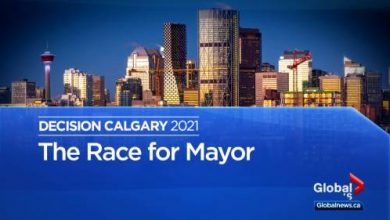 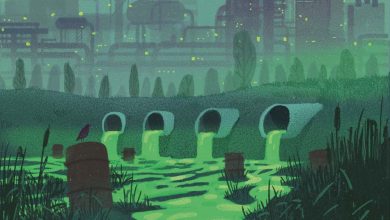 Why chemical pollution is turning into a third great planetary crisis 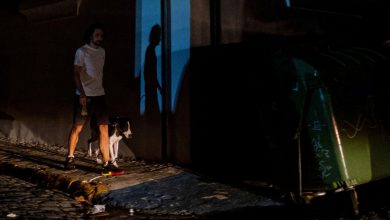 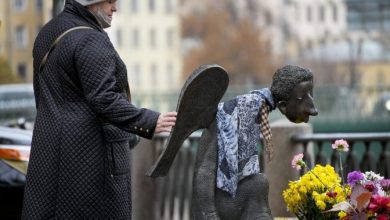