US Defense Secretary Lloyd Austin accused China of stepping up its coercive behavior towards Taiwan as he stressed that Washington would maintain military capabilities to counter any force that threatens the country.

Speaking at the Shangri-La Dialogue defense forum in Singapore, Austin said China was engaging in provocative acts across the Indo-Pacific, ranging from dangerous maneuvers in the air. and air to the increasingly assertive military operations around. Taiwan.

“We have seen a steady increase in provocative and destabilizing military activities near Taiwan,” Austin said on Saturday. “That includes PLA planes flying near Taiwan in record numbers in recent months.

Speaking to an audience that included General Wei Fenghe, China’s Defense Minister, Austin said there had been an “alarming increase” in unsafe aerial intercepts and confrontations at sea. Chinese military ships and aircraft.

Speaking weeks after President Joe Biden said in Tokyo that the United States would military intervention to defend Taiwan from any Chinese attack, Austin said Washington would comply with the Taiwan Relations Act by ensuring that Taiwan maintains an adequate defensive capability.

“And it means maintaining our own capacity to resist any use of force or other forms of coercion that might endanger people’s security or social or economic systems. Taiwan,” he added.

Austin stressed that US policy towards Taiwan has not changed and that the administration remains opposed to any unilateral change to the status quo across the Taiwan Strait – from Taipei or Beijing.

His comments come amid growing anxiety among US officials about China’s threat to Taiwan, which China claims as its own.

Austin used his speech to highlight the Biden administration efforts to promote cooperation with alliesincludes the Quad – a security group that includes the US, Japan, Australia and India – and the Aukus security pact agreed to by the US, UK and Australia last year.

Paul Haenle, director of Carnegie China, a think-tank, said Austin’s speech “strikes the right balance,” noting that the US secretary of defense said US policy towards Taiwan was unchanged while “emphasizing that key components of that policy are helping Taiwan maintain adequate self-defense capabilities and maintain the strong capacity of the United States to counter any use of China’s force”.

Austin spoke the day after meeting Wei, in the first high-level meeting between the military since Joe Biden took office.

A spokesman for China’s Ministry of National Defense said the meeting was “frank, positive and constructive”. A senior US defense official said the ministers spent most of the meeting discussing the Taiwan issue. US officials said Austin raised concerns that Chinese army may be trying to change the status quo across the Taiwan Strait “through its operational behavior.”

Overall, Chinese military officials have tried to ease tensions with the United States. Colonel Zhao Xiaozhuo of the Chinese Academy of Military Sciences said Austin’s remarks were “diplomatic” after the defense minister dodged a question about how the US and its allies could deter aggression. of China to Taiwan.

But other Chinese officials expressed fierce displeasure. “The US always says one thing but does another,” said Major General Guo Ruobing, commander of the National Security College of National Defense University.

Austin said the US is not looking for a new cold war, an Asian Nato – a reference to China’s criticism of the Quad – or a region divided into hostile blocs. But Guo said the US is creating exclusive circles and mini-blocks. “Look at the Quad, look at Aukus,” he told the Financial Times.

Guo also strongly rejected Austin’s criticism of China’s interception of Australian and Canadian military planes, saying, “They are stability disruptors.” Washington has repeatedly rejected China’s criticisms, pointing out that its planes were flying in international airspace.

Austin outlined three areas where the United States is working more closely with its allies, including sharing research and development to ensure they have the capacity to deter aggression and stepping up military exercises and train.

He added that the US Coast Guard is increasing its presence in the Indo-Pacific, a change exemplified by the fact that Admiral Linda Fagan is the first Coast Guard commander. attend the Shangri-La Dialogue.

Netflix show The Queen's Gambit gets a mobile game spin-off 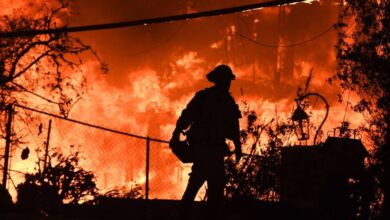 Welcome to the world of crises 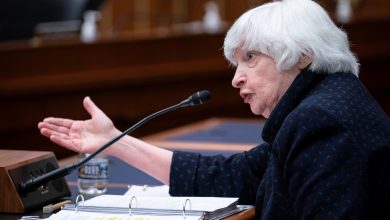 Yellen sees inflation staying higher for the next several months 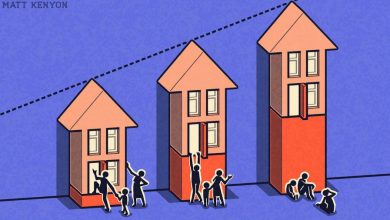 The US needs to make homes more affordable — and available 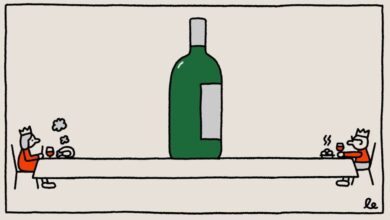 Jancis Robinson at the best time to drink expensive wine