Negotiators have been trying for 15 years to agree on a legally binding text to resolve the myriad issues facing international waters.

Two weeks of negotiations to finally agree a treaty to protect biodiversity in the high seas, ended in failure.

The latest talks between UN member states ended on Friday with negotiators unable to come up with a legally binding text to resolve the myriad issues facing international waters. face – an area that covers almost half of the planet.

Formal and informal discussions have continued for about 15 years.

“Although we have made excellent progress, we still need a little more time to get to the finish line,” said conference chair and UN oceans ambassador Rena Lee.

The UN General Assembly will now resume its fifth formal session of negotiations at a date to be determined.

Many had hoped the latest session, which begins August 15 at the United Nations headquarters in New York, would eventually produce a unified text on “the conservation and sustainable use of marine biodiversity beyond national jurisdiction,” or BBNJ for short.

“While it is disappointing that the treaty was not completed in the past two weeks of negotiations, we are encouraged by the progress that has been made,” said Liz Karan of the NGO Pew Charity Trusts. , calling for a new session at the end of the year.

There was hope that an agreement was about to be reached after world leaders in United Nations Ocean Conference in Lisbon in July, promising to do everything in their power to save the world’s seas, although the closing statement at that event included some explicit commitments.

The possible profit sharing from developing resources in international waters remains a sensitive issue in the New York discussion.

Similar issues of equity also arise in other international negotiations, such as on climate change, in which developing nations feel too much harmed by global warming tried in vain to get richer countries to support paying to offset those effects.

The high seas begin at the border of a country’s exclusive economic zone (EEZ), which, according to international law, is not more than 200 nautical miles (370 km) from the coast of that country and beyond the jurisdiction of any any country.

Sixty percent of the ocean in the world belong to this category.

Healthy marine ecosystems are vital to the future of humanity, especially for limiting global warming, yet only one percent of international seas are protected.

One of the main pillars of the last BBNJ treaty was to allow the creation of MPAswhich many countries hope to cover 30% of Earth’s oceans by 2030.

“Without establishing safeguards in this vast area, we will not be able to achieve our ambitious and necessary 30 x 30 goal,” State Department official Maxine Burkett said at a press conference. an earlier press conference.

But the delegations still disagree on the process of creating the protected areaas well as how to implement the requirements of environmental impact assessment before new activities on the high seas.

“What a missed opportunity…” tweeted Klaudija Cremers, a researcher at the IDDRI consultancy that, like many other NGOs, has an observer position at the negotiations. . 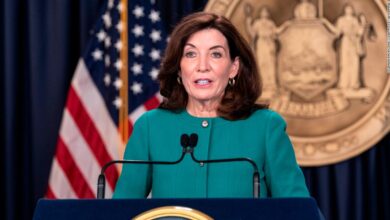 US Coronavirus: As Omicron sweeps the country, New York State offers a glimmer of hope 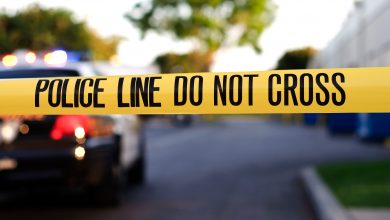 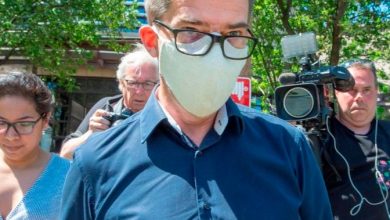 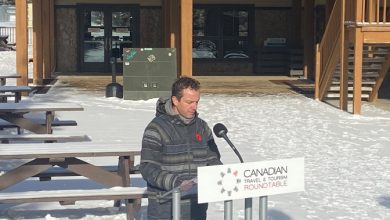