Moderna, the Massachusetts-based company behind one of the two mRNA COVID-19 vaccines, made the decision in 2020 not to enforce the patent on its shot. The move was meant to encourage low- and middle-income countries that couldn’t afford to purchase billions of doses of the vaccine (as the U.S., Canada, and many European countries had done) to develop their own versions of the shot using less expensive resources.

On Mar. 8, Moderna went a step further, saying that it will now extend that promise indefinitely in the 92 low- and middle-income countries that are receiving doses from COVAX, the global vaccine distribution project that is procuring and distributing vaccines to these nations. However, it could start to require licensing fees from developed countries that are using the company’s technology, the company’s CEO said.
[time-brightcove not-tgx=”true”]

Moderna also announced a new program that signals it is open to sharing its technology more broadly with the developing world. “Waiving the patents provides that others can create their own capabilities to use the knowledge we created, the intellectual property we created, showing that mRNA vaccines work, and the COVID-19 vaccine specifically, and essentially copy that work the best they can to make their own versions,” Dr. Stephen Hoge, president of Moderna, tells TIME. “It’s about establishing the infrastructure globally and regionally to address needs.”

The company is also committing to expanding its mRNA vaccine platform to fight other diseases that historically strike low- and middle-income countries more frequently than more developed ones. Through its new program, called mRNA Access, Moderna identified 15 pathogens also highlighted by public health groups like the World Health Organization (WHO)—including the pathogens responsible for chikungunya, Crimean-Congo hemorrhagic fever, dengue, Ebola, and Nipah—and will work with local researchers and manufacturers in these countries to build knowledge about basic mRNA vaccine technology to target these pathogens. “We want to start pushing some of the technology my scientists used and make it available to the world starting with academic institutions,” says Hoge. “It will facilitate familiarity with the technology at the level that we think lays a scientific foundation for a different kind of response five to 10 years from now against the next pandemic.”

Read More: mRNA’s Next Chapter Has Nothing to Do With COVID-19 Vaccines

That knowledge is just as critical as the technology, says Dr. Martin Friede, coordinator of the Initiative for Vaccine Research at WHO. And although it’s certainly welcome now, in the case of the COVID-19 vaccine, it’s coming a bit late, he says.

While Moderna was the first major COVID-19 vaccine manufacturer to announce that it would not enforce its patent on its shot, and now the first to extend that commitment indefinitely for certain countries, Friede says the patent isn’t the only issue, or even the most important one. When Moderna made its initial announcement, “we didn’t suddenly see hundreds of groups rushing to copy the Moderna vaccine,” he says. “It didn’t matter, because there were very few people who actually knew how to make it.”

Early in 2020, when Moderna and Pfizer-BioNTech, the other mRNA vaccine manufacturer, were developing their shots, wealthy nations lined up to purchase doses in advance, taking a chance that the technology would prove effective. Lower-resource countries couldn’t afford to take that risk, however, and once the shots demonstrated more than 90% efficacy in controlling COVID-19 disease, the immediately available doses had already been claimed by developed nations. “There was a point where over 70% of the populations in industrialized countries were vaccinated, and less than 1% of those in lower income countries were,” says Friede. “That is a criminal inequity. It’s been obvious to us for a long time, but really driven home by COVID-19, that we need to expand our ability and capacity to produce pandemic vaccines in low- and middle-income countries and regions.”

That led to the creation in July 2021 of an mRNA vaccine technology transfer hub as part of the WHO’s Initiative for Vaccine Research. Researchers at Afrigen, a South African biotech company in Cape Town that’s supported by Avacare Healthcare Group and the South African government, were responsible for learning the technology and producing the first doses of the vaccines that could be used for human testing. The idea behind the hub was to bring scientists with expertise in the mRNA vaccine-making process together to share their knowledge with colleagues in other low- and middle-income countries who might not have access to such information.

“It required essentially pulling together people in academics who had [made the vaccines] before, and a few people who had done it in companies,” says Friede. Because Moderna did not agree to transfer its technology for making the vaccine at the time, Afrigen’s team had to start from scratch to learn about preparing the RNA and developing the delivery system for the viral genetic material in lipid nanoparticles. That made the process take longer and further delayed having safe and effective locally produced vaccines available for countries in Africa and other parts of the world.

“What would have made it all a lot quicker would have been if one of the companies like BioNTech or Moderna had come along and said, ‘We will assist you,’” says Friede. “It would have made the scale up instantaneous rather than laborious…[but] this was not happening last year around the mRNA technology, despite many asks [from us].”

It took Afrigen until February 2022, nearly eight months after it had announced its intention to design and develop its own version of Moderna’s mRNA vaccine, to produce its first small batch at a facility in South Africa. Friede says he was confident it was possible, despite the huge hurdles, because scientists in countries including China, Thailand, and Germany had also attempted to replicate the mRNA shot. “Our view was that if they can do it, why can’t South Africans do it?” he says. Afrigen’s effort, coordinated through WHO, was funded by European countries through an estimated $100 million deal over five years to supply Africa with COVID-19 vaccines.

In retrospect, designing, developing, and manufacturing the vaccine from scratch, without either BioNTech or Moderna’s help, was “a blessing in disguise,” says Afrigen’s managing director Petro Terblanche. “Now we have actually innovated beyond the technology transfer box. In the future, from the sustainability perspective, we have a platform that now leads to a pipeline of products [against other diseases] that can be developed.” Afrigen is now serving not only as a mRNA COVID-19 vaccine knowledge hub, but also as a model for streamlining production processes for the developing world. It’s looking to take advantage of innovations from European companies like Univercells, Cytiva, and Batavia Biosciences, which are finding ways to consolidate equipment and eliminate the need for separate, sterilized clean rooms so makers can take advantage of more portable sterile containers instead, all to make them more economical and appropriate for lower-resource settings. Under a Bill and Melinda Gates Foundation grant, Batavia, for example, is working on bringing the cost down to under 15 U.S. cents per dose, while Cytiva is developing a plug-and-play system for vaccine manufacturing that will make it possible for more countries to produce shots locally.

The next step for Afrigen and the effort to scale up vaccine production in places like Africa may prove more challenging and time consuming, however. Because it developed its own vaccine, Afrigen’s shot will have to go through the same regulatory procedures as Moderna’s did to ensure it is safe and effective in countries hoping to use it. That’s a laborious and expensive process that adds at least a year to the timeline for when the vaccines can get into people’s arms. Afrigen anticipates it won’t have a vaccine available for commercial use until 2024—if all goes well. Terblanche says Afrigen is currently discussing with South African health authorities how the trials should be set up and managed, and hopes to launch them in November 2022. Still, she says, the clinical trial process might have begun sooner with help from Moderna. “If we had had some of the data from their [animal studies], assays and quality control tests, and detailed process parameters, that would have helped,” she says. “It would have spared resources [for us]. We now have a massive team working on quality control and regulatory issues for how to design the clinical trials.”

Read More: COVAX Was a Great Idea, But Is Now 500 Million Doses Short of Its Vaccine Distribution Goals. What Exactly Went Wrong?

In the future, such help may come through Moderna’s mRNA Access program, says Hoge, if that’s what the academic or government partners wish. “Each agreement will be different by institution,” he says. “We’re entering into agreements with them, and they go and conduct their scientific research. If our tools are useful, and they say, ‘We’d love to talk about how we can advance it into clinical trials,’ we would support them. But if you want to take advantage of the knowledge you gain and do your own version, that’s also your prerogative.”

Hoge acknowledges that mRNA Access won’t be the equivalent of providing turnkey access to the company’s technology, but “it’s an important start. If everybody gets familiar with the platform and has a little bit of experience, then nobody has to start at square one.”

That includes hours of educational and instructional lectures on the ins and outs of manipulating mRNA—“stuff that’s not in textbooks,” says Hoge. “Right now, it’s still so new, it hasn’t been written down and published.”

For now, WHO realizes that major hurdles still remain to making Afrigen a sustainable reality and a model for how future vaccines against outbreaks and pandemics might be produced locally and quickly. Terblanche notes, for example, that South Africa, where the mRNA technology hub is located, is not included in the 92 countries where Moderna will not enforce its patents. That means that while Afrigen may serve as a resource, it may not end up manufacturing vaccines for sale in order to avoid potentially cost-prohibitive licensing fees. But facilities in those 92 countries that learn from the hub wouldn’t be subject to the same patent restrictions.

Even with Moderna’s commitment to mRNA Access, and the precedent being set by COVAX and Afrigen, there is still no assurance that low- and middle-income countries will have the desire or capacity to manufacture their own vaccines for the next outbreak. Governments need to invest in public health preparedness, which requires building and maintaining facilities that can pump out vaccines during a public health emergency. “To me, the biggest role that governments can play is to create policy reform that allows localization,” says Terblanche. “Lower and middle-income countries can make a concerted effort to say we are going to create a policy environment and an ecosystem that will enable and favor localization, with direct investment and tax incentive systems.” Terblanche argues that such investments in health, which generally take a lower priority in these nations to urgent political and civil needs, will bring a return on investment that countries still aren’t seeing. “We need to change the paradigm to no longer look at these investments as a premium,” she says.

That thinking also requires tossing aside the assumption that vaccine facilities need to be massive and produce billions of doses to be cost effective. “We don’t believe that paradigm is necessarily correct,” she says. “We believe there is a place for smaller, distributed entities that have well-controlled cost of goods, and well-controlled capital.” Afrigen is hoping to prove that, and the next few years will reveal if the vision of Terblanche and WHO is indeed possible. A good part of the world’s population is certainly depending on it. 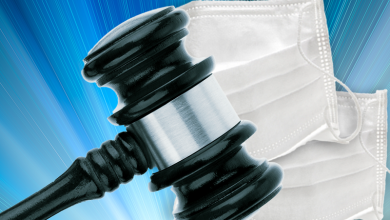 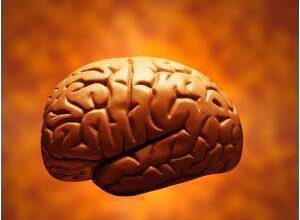 Has human evolution shrunk your brain? 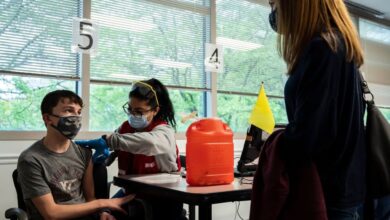 My Child Turns 12. What COVID-19 Vaccine Should They Get? 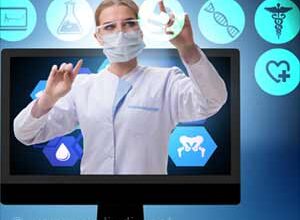 Is Telemedicine Abortion Effective During the Pandemic?