The Nature Conservancy has bought more than 3,200 acres of forest and wetlands in Wisconsin’s Central Sands region in what the group calls “a rare opportunity” to protect and restore a stronghold of native species in the face of climate change.

Primarily red pine plantations, the five separate tracts in Adams County include more than 500 acres of wetlands as well as some hardwood forest.

The largest tract — more than 1,900 acres — adjoins the Quincy Bluff and Wetlands State Natural Area, a 6,600-acre preserve just east of Castle Rock Lake, part of which The Nature Conservancy previously donated to the state. The remainder includes four tracts to the northeast.

“We saw an opportunity to buy some large tracts of land to keep them open to the public and for nature,” said Stephanie Judge, conservation project manager for the conservancy.

Judge said the land will remain open to the public for hiking, hunting, fishing and snowmobiling.

According to state property records, the nonprofit organization acquired the land for $3.5 million from Meteor Timber, an Atlanta-based investment company that is one of the largest private landowners in Wisconsin.

TNC said the funding was provided by member donations.

With its highly varied terrain, the Central Sands is considered one of Wisconsin’s most resilient landscapes, one where plants and animals are likely to thrive even in a fast-warming climate.

Central Wisconsin is a key “tension zone” where northern forests and southern grasslands meet with a mix of river bluffs, plains and wetlands.

“When we’re looking at resilience it’s this mix of unique and connected microclimate, areas with confirmed biodiversity,” Judge said. “That part of the state is really fabulous.”

And while the region is under pressure from recreational and agricultural development, it remains largely intact.

Much of the land has been planted with tight rows of red pine, which Judge says will be thinned to restore some of the more open grasslands — or barrens — that once dominated the landscape.

As the climate changes, species move to adapt. Preserving these unique areas can help them survive.

“It doesn’t happen overnight,” Judge said. “Restoration takes time. It needs to be a process that comes in stages.”

Judge said the restoration will allow native wildflowers like lupine to return, providing better habitat for threatened species like the Kirtland’s warbler and Karner blue butterfly.

“It’s hanging on in the shade of those pine trees,” Judge said.

Photos: See how Madison’s lakes have changed since the 19th century

Mound on the Dividing Ridge

Crest of the Dividing Ridge

Plan for Madison as a model city

Burial mounds on the Edgewood campus

Israeli startup Lendai, whose AI engine helps foreign investors with no credit history in the US get financing for real estate, generates $35 million in equity and Debt (Alissa Abrahami / Geektime)

These Pixel Perfect Pokémon Accessories Are A Real Catch 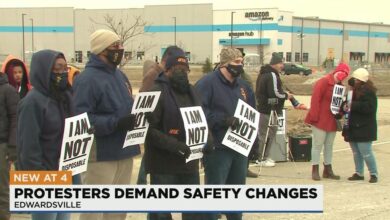 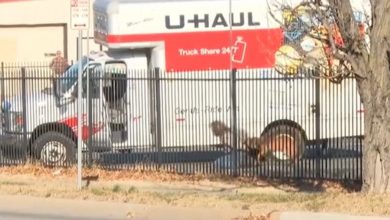 Man arrested after deadlock at U-Haul store in southern Wichita 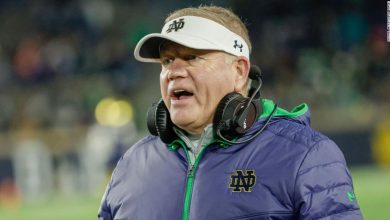