Not long after Russian tanks rolled into Ukraine, soldiers broke through the door of the office of the Mayor of Melitopol, Ivan Fedorov. They put a bag over his head, packed him in a car, and drove him around the southern city for hours, threatening to kill him.

Fedorov, 34, is one of more than 50 local leaders who have been detained by Russia since the war began on February 24 in an attempt to subjugate cities and towns under its control. of Moscow. Like many others, he said he was pressured to collaborate with the invaders.

“The bullying and intimidation didn’t stop for a minute. They tried to force me to continue leading the city under the Russian flag, but I refused,” Fedorov told the Associated Press by phone last month in Kyiv. “They didn’t hit me, but day and night the intense screams from the cell next door would tell me what awaited me.”

As the Russians occupied parts of eastern and southern Ukraine, civilian administrators and others, including nuclear power plant workers, said they were kidnapped, threatened or beaten to forcing them to cooperate – something legal and human rights experts say could constitute a war crime.

Ukrainian and Western historians say that this tactic was used when the invading forces could not subdue the people.

This year, as Russian forces tried to squeeze Melitopol, hundreds of people took to the streets to demand Fedorov’s release. After six days of detention and the intervention of President Volodymyr Zelenskyy, he was exchanged for nine Russian prisoners of war and expelled from the occupied city. A pro-Kremlin figure has been installed.

“The Russians cannot manage the captured cities. They have neither the personnel nor the experience,” said Fedorov. They wanted to force civil servants to work for them because they realized that someone had to “clean up the streets and fix destroyed houses.”

The Association of Ukrainian Cities (AUC), a group of local leaders from across Ukraine, said that of the more than 50 abducted officials, including 34 mayors, at least 10 remained in custody.

Russian officials have not yet commented on the allegations. Moscow-backed authorities in eastern Ukraine even opened a criminal investigation into Fedorov for alleged involvement in terrorist activities.

“Kidnapping the heads of villages, towns and cities, especially in times of war, endangers all inhabitants of a community, because of all the important governance, provision of Basic doubts and important decisions on which the fate of thousands of residents depend are entrusted to the head of the community,” said Kyiv Mayor Vitali Klitschko, head of the AUC.

In the southern city of Kherson, one of the first to be captured by Russia and the main target of an ongoing counter-attack, Mayor Ihor Kolykhaiev tried to hold his ground. In April, he said he would refuse to cooperate with the new Kremlin-backed supervisor.

Kirill Stremousov, Deputy Head of the Russian-installed regional government, repeatedly denounced Kolykhaiev as “Nazi”, echoing the Kremlin’s false narrative that its attack on Ukraine was an attempt “de-fascist” the country.

Kolykhaiev continued to monitor Kherson’s public utilities until his arrest on June 28. His whereabouts remain unknown.

According to the UN Human Rights Monitoring Mission in Ukraine, 407 forced disappearances and arbitrary detentions of civilians were recorded in areas occupied by Russia during the first six months of the war. Most are civil servants, local councilors, civil society activists and journalists.

Yulia Gorbunova, a senior researcher at Human Rights Watch, said the abuse “violates international law and could constitute a war crime”, adding that the acts The actions of Russian forces appear to be aimed at “gathering information and instilling fear”.

The UN human rights office has repeatedly warned that arbitrary arrests and forced disappearances are among the possible war crimes in Ukraine.

The body of Olga Sukhenko, the head of the village of Motyzhyn, near Kyiv, was found in a mass grave next to her husband and son after the Russian forces withdrew. The village, with a population of about 1,000 before the war, is a short drive from Bucha, which has seen hundreds of civilians killed under Russian occupation.

Residents said Sukhenko refused to cooperate with the Russians. When her body was exhumed on the outskirts of Motyzhyn, her hands were found tied behind her back.

Mayor Yurii Prylypko of nearby Hostomel was shot dead in March while delivering food and medicine. The prosecutor general’s office later said his body was found with explosives.

The Ukrainian government has tried to swap detained officials for Russian prisoners of war, but officials complain that Moscow sometimes asks Kyiv to release hundreds of people for every Ukrainian in a position of authority, dragging lengthy negotiations.

“It’s a tough job where any extra word can get in the way of our exchange,” said Dmytro Lubinets, Ukraine’s human rights commissioner. “We know the places where prisoners are kept, as well as the appalling conditions in which they are held.”

There is no news about the fate of Ivan Samoydyuk, deputy mayor of Enerhodar, where the Zaporizhzhia Nuclear Power Plant is located. Mayor Dmytro Orlov told the AP that Samoydyuk, abducted in March, was repeatedly considered for a prisoner swap, but his name was dropped from the list.

The 58-year-old deputy mayor was seriously ill during his arrest, Orlov said, and “we don’t even know if he’s still alive.” At best, Samoydyuk is sitting in a basement somewhere “and his life depends on the whims of people with guns,” he added.

More than 1,000 residents of Enerhodar, including dozens of workers at Zaporizhzhia, Europe’s largest nuclear plant, have been detained again and again by the Russians.

“The vast majority of people who come out of a Russian cellar speak of brutal beatings and electric shocks,” he said.

Gorbunova, a senior researcher at HRW, said torture “is prohibited under international law under all circumstances, and when involved in armed conflict, would constitute a war crime and could also constitute a crime. evil against humanity.”

Every week there are reports of the abductions of officials, engineers, doctors and teachers who refuse to cooperate with the Russians.

Viktor Marunyak, the head of the village of Stara Zburivka in southern Kherson, is best known for appearing in Roman Bondarchuk’s 2015 documentary “Ukrainian Police Chief,” a candidate for an Academy Award. The film explores the separatist conflict in eastern Ukraine that began in 2014. While it didn’t win an Oscar, it cemented Marunyak’s reputation.

After Russian troops captured Stara Zburivka in the spring, Marunyak held pro-Ukraine rallies and hid several activists in his home. He was eventually taken prisoner.

“Initially, they put the (electrical) wire on my thumb. Then it didn’t seem to be enough for them, and they put them on my big toe. And they poured water over my head to let it flow. down,” he said. AP. “Honestly, I was so beaten up that I didn’t have any impressions from the electric current.”

After 23 days, Marunyak was “released to die,” he said. Hospitalized for 10 days with pneumonia and broken nine ribs, he eventually left for Kyiv-controlled territory.

University of Cambridge history professor Hubertus Jahn says from the time of Peter the Great onward, the Russian imperialist tactics of collaborating with locals targeted elites and aristocrats, with resistance often driving people away. Siberian exile.

During the Second World War, he said, “German SS units operated in a similar way”, by targeting local administrators to pressure the population into submission. Jahn calls it an obvious strategy “if you don’t have the power to completely subordinate an area.”

“The kind of torture and humiliation (for) the city leaders that the Russians are perpetrating … is one of the darkest and most shameful pages of the current war,” said Patryliuk. .


Associated Press writers Hanna Arhirova in Kyiv, Joanna Kozlowska in London, and Jamey Keaten in Geneva, contributed to this report.

How companies like Dow, Marriott and InBev can achieve zero emissions 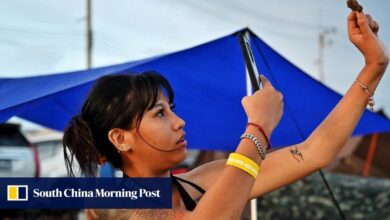 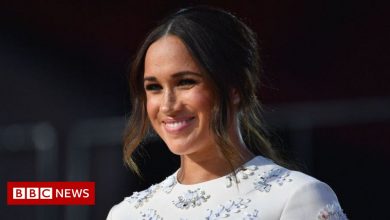 Hello, Senator? This is the Duchess of Sussex calling 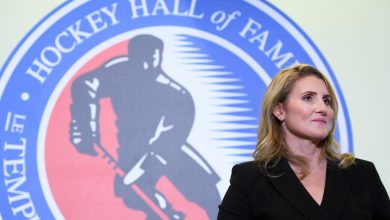 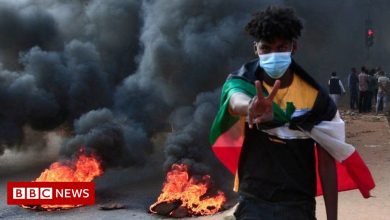