More rescue workers and volunteers were deployed Wednesday in devastated areas of Indonesia’s main island of Java to search for the dead and missing in an earthquake that killed at least 271 people.

With many people missing, some remote areas still inaccessible, and more than 2,000 injured in Monday’s 5.6-magnitude earthquake, the death toll is likely to rise. Hospitals near the epicenter on the densely populated island were overwhelmed, and IV patients lay on stretchers and cots in tents set up outside, awaiting further treatment.

More than 12,000 military personnel were deployed Wednesday to strengthen the search efforts carried out by more than 2,000 joint forces of police, search and rescue agencies and volunteers, Suharyanto, said the head of the National Disaster Mitigation Agency.

Suharyanto, who like many Indonesians uses only one name, said aid has reached thousands of displaced people fleeing to temporary shelters where supplies can only be distributed by walking on rough terrain.

He said rescuers found three bodies on Wednesday and rescued a 6-year-old boy who was found alive next to his grandmother’s dead body after two days being trapped under the rubble of a damaged house. collapse.

Television news reports showed police, soldiers and other rescuers using jackhammers, circular saws and sometimes bare hands and farm implements, desperately digging in the hard-hit area. the worst part of the village of Cijendil, where tons of mud, rocks and trees were left behind after the landslide.

The government seems to be focused on finding bodies and wherever possible, survivors. Authorities struggled to get tractors and other heavy equipment through swept roads after the quake triggered landslides that hit hill villages.

However, residents said the government was slow to respond to the quake.

Muhammad Tohir, 48, was sitting in the living room with his family in Cijendil when disaster struck. Although his family managed to get out, his sister and her two children were crushed by a landslide a few kilometers from his home.

Tohir said: “When I arrived at my sister’s house, I was devastated by what I saw. “Dozens of houses have been buried by landslides. I feel like the end of the world.”

He said more than 40 houses in his sister’s neighborhood in Cijendil were buried under tons of mud with at least 45 people buried alive, including Tohir’s sister and her two children.

Tohir, along with other residents of the area, searched for missing people using farm tools and pulled two bodies buried under six meters (10 feet) of mud. Two days later, lifeguards arrived to help with the search.

“The government reacted too slowly to this disaster,” Tohir said. “They should carry heavy equipment to increase this speed,” he said.

But he says he won’t give up until they can pull his sister and nieces out of the mud.

In some hard-hit areas, water, food and medical supplies have been distributed from trucks and authorities have deployed soldiers carrying food, medicine, blankets, and makeshift tents. and water trucks.

Volunteers and rescue workers have erected more temporary shelters for the homeless in several villages of the Cianjur district.

About 800 policemen, soldiers and volunteers dug through the rubble with bare hands, shovels and hoes as heavy rain hampered their efforts.

Most were barely protected by makeshift shelters toppled by heavy monsoon rains. Only a lucky few are protected by tarpaulin tents. They say they are running out of food, blankets and other aid, as emergency supplies have been rushed to the area.

More than 58,000 survivors have been moved to shelters and 2,043 injured, nearly 600 of whom are still being treated for serious injuries, Mr. Suharyanto said.

He said rescuers had recovered bodies from collapsed houses and landslides caused by the earthquake, and about 40 people were still missing. However, not all of the 271 killed were identified, so it is possible that some of the bodies pulled from the wreckage belonged to those on the missing list.

Suharyanto said rescue operations focused on about a dozen villages in Cianjur, where it is believed many people are still trapped.

During a press conference on Wednesday, Suharyanto said that more than 56,230 homes in Cianjur had been damaged.

Indonesia is regularly hit by earthquakes, many much stronger than Monday’s, whose magnitude is usually expected to cause mild damage. However, the area is densely populated and experts say the quake’s shallowness as well as inadequate infrastructure contributed to severe damage, including collapsed roofs. and huge piles of bricks, concrete, and corrugated iron.

The epicenter of the quake was in the countryside, mountainous district of Cianjur, where one woman said her house began to “shake as if it were dancing”.

More than 2.5 million people live in the Cianjur district, including about 175,000 in the main town of the same name.

Many of those killed were public school students who had finished school for the day and were studying in Islamic schools when the buildings collapsed, West Java Governor Ridwan Kamil said.

President Joko Widodo visited Cianjur on Tuesday and pledged to rebuild infrastructure and provide government assistance of up to 50 million rupiah ($3,180) for each resident whose home was damaged.

The country of more than 270 million people is prone to frequent earthquakes, volcanic eruptions and tsunamis due to its location on volcanic arcs and fault lines in the Pacific basin known as the “Ring of Fire”. 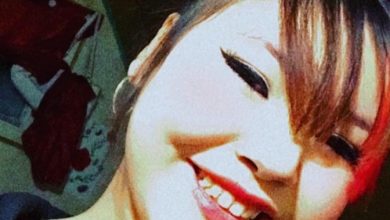 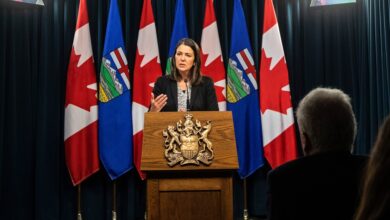 Danielle Smith: no mean to trivialize with unvaccinated comment 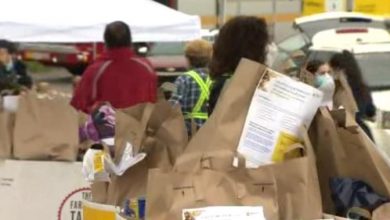 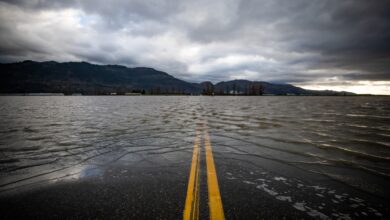 Flooding in BC tops list of 10 worst climate events