NYPD officials announced the arrest of a 17-year-old man who they believe sprayed six bullets on Bronx Friday, killing one young man and injuring two others.

Police Commissioner Keechant Sewell has named Jeremiah Ryan as the alleged gunman, who she charged with murder, attempted murder and possession of a weapon. Sewell mourned the death of 16-year-old Angellyh Yambo, who was shot while walking home yesterday afternoon.

“Angallyh Yambo had a bright future. She did everything right,” Sewell said at a news conference Saturday to offer condolences to the student’s family, as well as other victims and their loved ones. “We can pray this arrest brings them some comfort.”

Police officials received only two questions from reporters, and did not explicitly confirm or deny report that the shooter committed the crime with a “ghost gun”—a manufactured weapon with no traceable serial number. Instead, Sheriff Timothy McCormack referred to an investigation into how a teenager was able to obtain such a weapon as a “great question.”

McCormack lamented the pain of both Yambo and Ryan’s relatives, referring to the suspect’s mother as a “hard-working woman” whose son previously “had no police contact”.

“We have two families completely destroyed right now: our victim’s family and our shooter’s family,” McCormack said. “He went from smoking marijuana to killing someone.”

McCormack stressed that Ryan’s arrest was “just the beginning” of an investigation.

But the defendant’s grandfather denied that Ryan was guilty of New York Post.

“I don’t think he did it,” an unnamed relative told the tabloid. “They just caught him in the area trying to scare him. That’s what the police do. I was born and raised in the Bronx. I know.”

Ref has a weak explanation for Doncic's technique 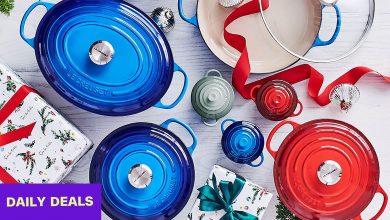 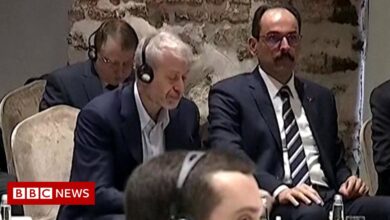