Whether you’re heading out for a long hike or adjusting a face mask over the course of a commute and errands on a chilly day, foggy glasses can be a pain to deal with. Anti-fog sprays and wipes use a glasses-safe solution to keep fog from building up on your lenses.

To help make re-crimping your face mask and wiping down your glasses a thing of the past, we tested out 13 of the most popular anti-fog products to find the best anti-fog wipe and spray.

Gaming gear and eyeglass sprays are two things that rarely go together, but the Gamer Advantage FogAway’s value and durability make it an excellent fit for gamers and non-gamers alike. To apply the FogAway, you simply spray your glasses, wipe the solution evenly across each lens, and let it dry.

We liked the FogAway’s sudsy consistency, which made the spray easier to apply. Once the FogAway set on our glasses, we easily buffed out dried film spots with a microfiber cloth and had no issues with streaks. Throughout our testing, we found that soapy sprays created a more even anti-fog barrier compared to watery sprays that provided splotchier anti-fog coverage.

As with all of our reviewed anti-fog products, Gamer Advantage recommends you use a light hand if you need to buff off any streak marks. Anti-fog products create a delicate film over the surface of your lens to stop fog buildup, so if you’re too forceful, you’ll rub this coating clean off.

During our testing, it took nearly 18 hours until the FogAway coating started to wear off on our anti-reflective (AR) coated glasses. This was in the ballpark for most of the sprays we tested — typically they lasted for around 24 hours, but considering we took our glasses through a full day of snow shoveling, outdoor walks and errands in 20-degree Fahrenheit weather, FogAway’s durability was nothing to scoff at. The FogAway can also be applied on AR and non-AR coated glasses — Gamer Advantage says that the FogAway is usable on any type of lens or screen.

Most impressively, FogAway costs just $8.99 for a two-ounce bottle. By comparison, all of the other anti-fog sprays we tested cost significantly more per ounce. When you combine the FogAway’s low cost with its reliability, it’s even easier to see this anti-fog spray’s excellent value.

Anti-fog wipes like the OptiPlus come in individually wrapped single-use packets that work similarly to sanitary hand wipes. To use the wipes, you’ll rip the cloth out from the packet, quickly rub both sides of your lenses with the cloth, and let the solution dry.

The OptiPlus wipes dried within seconds and created an excellent streak-free finish. On multiple applications throughout our testing, our glasses only needed minor touch-ups to buff out the occasional period-sized fleck of dried suds.

Our OptiPlus coating lasted for nearly 22 hours — which included a 30-minute walk in chilly 20-degree Fahrenheit winter conditions — before it started to evaporate. This was in line with most of the wipes we tested, and with the anti-fog sprays.

We also appreciated that the wipes were usable on AR-coated lenses, and were thankful for OptiPlus’ relatively mild smell. While none of the wipes we tested smelled particularly great, multiple competing anti-fog wipes had an unpleasant cleaning spray-like chemical tang. By comparison, the OptiPlus had a slight rubbing alcohol scent out of the packet that quickly evaporated after we applied the wipe. If you’re sensitive to strong odors or expecting to use a wipe every day, you’ll likely appreciate OptiPlus’ focus on the smaller details.

Fog builds up on glasses when warm and moist air reaches a cooler surface such as a lens during the winter. When this air hits your glasses, the water vapor within the air condenses into droplets on your lens and creates fog.

Dish soap is a common home remedy for fog-proofing glasses, although it’s less consistent than an anti-fog product. Traditionally, you put a dab of dish soap on each lens and wash off the excess soap, but we found that the soap provided patchy anti-fog coverage and left some areas of our glasses uncovered.

To find out the best anti-fog product, we applied all 13 sprays and wipes to our glasses and tested how well they held up during day-to-day use in the winter. We spent ample time going outside and inside to create ideal fogging conditions for our glasses.

We strictly followed the application instructions for each anti-fog product. Some sprays and wipes had a recommended drying time of a few minutes, while others simply had us wipe the lenses. The best anti-fog products dried quickly and didn’t need extensive buffing in order to create a streak-free finish. If your glasses have an AR coating, you’ll need to look for anti-fog products that are formulated for AR surfaces. Some non-AR anti-fog sprays left a spotty finish when we tested them on our AR-coated glasses.

In order to test real-world performance, we used a cloth face mask with a loosely secured nose bridge and walked around outdoors in 20-degree Fahrenheit weather to create optimal fogging conditions.

We spent extensive time outdoors to see how well the anti-fog products responded to sudden temperature changes. Our tested sprays and wipes generally held up well in these conditions and lasted for around 24 hours on average. But when we returned indoors on days with temperatures around 10 to 15 degrees Fahrenheit, some applications developed a slight haze that quickly dissipated. We chalked up this reaction more to the extreme cold than specific issues with the anti-fog products.

We left each spray and wipe on for a full day to see how they’d hold up over time. Most of the products had no problems making it through a full day, although we found durability to be a bigger concern. Anti-fog coatings can easily be washed off with soap and water, which means you’ll lose protection every time you clean your glasses.

The DEFOG IT comes with a handy microfiber cloth, which’ll be a plus if you don’t have a spare microfiber cloth or want a dedicated cloth for spray cleaners. The DEFOG IT was also easy to apply and quickly set without huge streak marks. But at $12.99 for a one-ounce spray bottle, it’s pricier than our top selections.

As expected, Optix 55’s Fog Gone non-AR spray struggled to stick on our AR-coated glasses. The spray left a streaky and smearable finish, but it cleanly dried when we applied it to a glass storm door. The AR-safe version of Optix 55’s Fog Gone spray needed a little bit of buffing to eliminate drip marks, but it worked perfectly otherwise. Gamer Advantage narrowly beat out both Optix 55 sprays because it’s easier to apply and costs less, but the Optix 55 sprays are still solid anti-fog products.

Optix 55’s premium Anti-Fog Treatment provides extended anti-fog coverage compared to its sprays. In our testing, the Optix 55 lasted for nearly three days compared to other anti-fog products that wore off after around 24 hours. In day-to-day use, the Optix 55’s anti-fog coating performed in line with other sprays and wipes.

But for most people, the Optix 55’s biggest hitch will be its price. At $15.55 for a 0.33-ounce container, it’s the most expensive anti-fog solution we tested by a sizable margin. By comparison, the Gamer Advantage FogAway costs $8.99 for a two-ounce container.

The ZEISS Fog Defender has a slight edge over the DEFOG IT thanks to its sturdier suede microfiber cloth. The bundled cloth is less absorbent than a traditional cloth, which makes it easier to buff out excess spray while maintaining a consistent coating. But the ZEISS’s formulation is slightly less sudsy than competitors like Gamers Advantage, so we needed a few more sprays to create a solid coat. At $6.98 for a half-ounce container, it’s also pricier by volume than our top anti-fog sprays.

The Spit was one of the few outright misses among the anti-fog products we reviewed. To use the Spit, you dispense a dot of soap-like gel from the container’s nozzle onto a lens. Although the Spit says it’s usable on glasses, it left a Vaseline-like haze on our glasses and we couldn’t get it to dry clear even after extensive buffing. The Spit will work best if you’re trying to get robust anti-fog protection on equipment like outdoor gear or safety goggles, but it’s not a great match for prescription glasses.

Although Splaqua says that its spray works best on non-AR glasses, we had no problems applying it to our AR-coated lenses. The spray needed a little more buffing to cleanly set on our glasses compared to other sprays, but it still performed great when we took our glasses outdoors. Splaqua’s only downside is its smaller one-ounce container.

The KeySmart FogBlock was a decent performer during our hands-on testing, but it was slightly finicky to apply. KeySmart recommends letting the spray set for up to five minutes, which was the slowest set time among the products we reviewed. We also needed to apply and buff multiple coats before we got a fully fog-proof barrier on our glasses. And as with the Splaqua, the KeySmart only comes in a small one-ounce bottle.

The OPTIPAK wipes dried quickly with no sudsy residue or streaks, and they’re usable on AR and non-AR glasses. The OPTIPAKs also outperformed their advertised lifespan of around 10 hours per wipe on our glasses — it took around 20 hours before our application started to break down. But the OPTIPAK wipes had the same unpleasant chemical odor as the other wipes we tested.

The Alibeiss wipes have everything we like to see from an anti-fog wipe: near-instant drying times and strong anti-fog coverage, although we needed to buff our glasses a few times to get a clean finish. The wipes were also excellent performers during our hands-on testing, as its coating lasted for around a day and half. But as with the OPTIPAK and Adamantite wipes, the Alibeiss packets had an aggressively astringent smell.

Although Adamantite had the same strong odor as the OPTIPAK and Alibeiss wipes, the Adamantite dried instantly and had a relatively streak-free finish. Adamantite also bundles a microfiber cloth with its wipes, which is a nice freebie to help keep your glasses clean.
Unfortunately, Adamantite doesn’t specify whether or not its wipes are recommended for or are designed to work on AR-coated glasses, although we had no problems using a pack on our AR-coated glasses. But our test application lasted for only 12 hours, which was the shortest lifespan among our reviewed wipes and sprays. The Adamantite wipes also left some dried suds and needed some touch ups near the edge of each lens to create a consistent fog barrier. 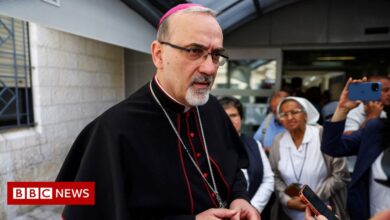 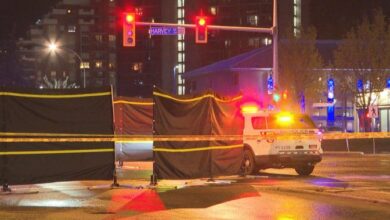 One dead after Monday night stabbing in Kelowna: RCMP 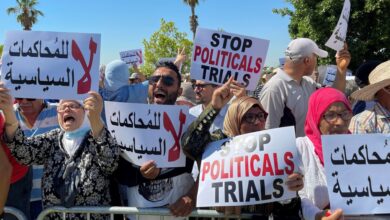 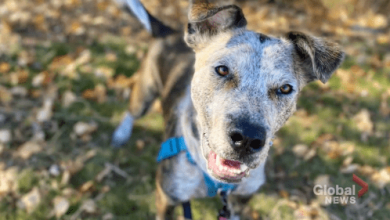 Adopt a Pet: Scout the dog