There’s a lot to love about the Nintendo Switch, not least of which is the abundance of titles with local multiplayer features, making it a great console for game night with friends or a casual play session with a roommate. We’ve collected some of our favorite titles that allow for good old-fashioned local play.

It’s also my preferred play style, as the last few years have given me more excuses to stay in and try new games. Local multiplayer makes ass-kicking games much more approachable, thanks to friends respawning my character. I also love building something together in real time, like a farm in Stardew Valley, or causing communal chaos like with Untitled Goose Game’s treacherous honking. Sure, couch co-op can also mean getting revived just to get ragdolled across spikes in Spelunky 2. But it sure beats dying alone.

And if you’re looking for more platform-agnostic couch co-op recommendations, here are our favorite local multiplayer games, games to play with a Valentine’s Day beau, and a Dear Polygon column about couch co-op.

This modern-classic farming sim game takes its cues from the Harvest Moon series, and running a farm with your friends only adds to the fun. You can work together to plant and harvest crops or spend your days doing different activities, like fishing or mining. Local co-op is available for two players — just don’t forget to build an extra cabin on your farm. (Up to four can play with online multiplayer.)

This Switch remaster includes both Portal and Portal 2, seminal games well worth the revisit. You’ll explore and solve puzzles by using a portal gun; experimenting within the game’s physics is even more fun with a friend in tow. (Plus, when playing local co-op, the number of portals that can be placed is doubled.)

Congrats, you are the new CEO of a large corporation, and your wisdom is required to help employees stay on task. Good Job! has a lot in common with Untitled Goose Game. In this isometric game, you’ll be given a list of tasks — like bringing a projector into the conference room. But no one said you couldn’t do it by launching it like a projectile through the window.

This Wii U game’s Switch port is full of charm. Play together in local co-op as Captain Toad and Toadette, and explore and solve your way through a series of bite-size puzzles. Each self-contained course has little nooks and crannies to pop in and out of, and Koopas to navigate around.

It’s a lovely morning in the village and you are a horrible goose! Cause mayhem and honk to your heart’s content in this charming game. With local co-op you and one friend can each be horrible geese, using teamwork to terrorize the townspeople. Honk honk HONK!!

In this melancholy game, you play as Stella the ferrymaster, who guides spirits into the afterlife. Meet wonderful characters and help them find closure. Spiritfarer combines exploration on the seas with management sim elements, as you build housing, kitchens, and more, and learn to farm, cook, and craft. Player two is Stella’s cat Daffodil, who can do most management sim tasks — she just can’t talk to characters, and thus, can’t trigger quests.

Screw playing as the plumber in the red hat — it’s time to be his taller counterpart. In Luigi’s Mansion 3, you can play local co-op with player two as Gooigi (a spooky goo Luigi) after finishing the intro walkthrough and getting E. Gadd’s briefcase. Platform your way through the haunted hotel to save your friends Mario, Peach, and numerous Toads.

This modern-day, punishingly difficult platformer has the beautiful look of vintage animation. The art direction and soundtrack are wholly unique, making the game a joyride from start to finish, despite the challenge. Mugman, Cuphead’s sibling, can join on a local co-op journey.

Play as a Yarny (a living ball of yarn that looks like a small sprite) and solve puzzles with a friend by using your spare yarn to pull, yank, and swing. It requires quite a bit of teamwork. Where other local co-op games might allow players to wander and do their own thing, this game is all about solving puzzles using each other’s momentum.

Kirby games tend to be perfectly chill and incredibly adorable, and this one is no exception. In Forgotten Land you and another player run, float, and fight through 3D levels. In addition to Kirby’s classic inhale powers, Forgotten Land also gifted us “mouthful mode,” which lets Kirby stretch like a glove over enormous objects like cars and huge lightbulbs. (By the way, Kirby Star Allies is also fun with local co-op.)

Play as characters named “Nobody” as you work together to attempt to cure the world of a poisonous blight, and figure out why you have no memory of your past life. But there’s another twist: Instead of a classic perk tree, your characters will unlock various forms — like a turtle, ghost, knight, or ninja — each with its own set of moves. What’s more, the forms can synergize with one another, making for some incredibly absurd skill combos.

This criminally underrated action game puts you in the shoes of a cat fighting their way through the pun-filled land of Felingard. And player two gets to be a dog! Playing is a simple grind in this approachable and silly RPG. Fight your way through dungeons, meet necromancer cats, and try on lots of outfits.

Play as an automaton that needs a gem substance to survive, and fight against the clock to keep your friends from becoming “unsighted” and turning into shells of their former selves. This Metroidvania has an incredible map with three interwoven floors of levels, and tons of Zelda-like puzzles. A couch co-op buddy makes these challenges much more surmountable.

This pixel art Metroidvania has the feel of a great NES game, with its retro aesthetic and excellent platforming and battling. The definitive edition (which includes the original Shovel of Hope campaign), available on Nintendo Switch, supports local co-op for two players.

The Lego games are always a great laugh, and they have reliable couch co-op modes (see also: Lego Marvel Super Heroes 2). They’re accessible, family-friendly, and give a silly spin to some of the most recognizable films of our time. The Skywalker Saga is no different, with Lego versions of a whopping nine movies from the behemoth franchise and 200-plus minifigs to unlock.

A silly collaboration between Nintendo and Ubisoft became one of the sleeper hits of its release year. This squad tactics game pairs Mario and friends with their own doppelganger Rabbids against a veritable sea of evil Rabbids. While local co-op is limited to five specific challenges — so we wouldn’t recommend buying it specifically for co-op play alone — these levels are especially fun. Working together changes the tactical dynamics.

This one is not for the faint of heart. Work with a friend to excavate cave levels, avoid the dangers within, and ration supplies. In local co-op, if one of you dies, you can bring them back to life by finding a coffin. Ragdoll physics — not to mention turkey riding — add challenge and humor to one of the best platformer roguelikes.

This edition of Rayman Legends has all of the platforming and hijinks that the series is known for. Play through delightful levels and time trials, and collect to your heart’s content. Having multiple players is particularly helpful for respawning, as the game ramps up in difficulty in its later levels.

Sure, racing games and soccer games are fun on their own — but mashing the two together results in something bizarre and unforgettable. Rocket League asks what other games don’t dare to: What if you played soccer? And what if you did that with rocket-powered vehicles?

Towerfall Ascension is the gold standard for 2D arena games. Players are archers and must fight each other with well-placed arrows, or by stomping from above. Movement is a dream with dodging and dashing in the air, lending each character a spry and agile feel. Different multiplayer variants, like starting with just one arrow and having to scavenge for others, keep rounds feeling fresh.

This bestseller is a no-brainer for anyone looking to spend time with friends in a sandbox world. Mine, build, dig, fish, plant crops, and protect yourself from the monsters that come out at night — and most of all, survive.

This definitive remaster bundles Overcooked and Overcooked 2 (both excellent games) into one delicious package. Prepare orders for hungry customers while facing ridiculous odds — like cooking in a hot air balloon with cooktops that sometimes catch on fire, or while crossing a busy street.

If you’re searching for that classic Super Mario feeling in a modern 3D world, look no further. (Or if you’ve always wanted to play as Mario in a cat suit.) Play as Mario, Luigi, Peach, or Toad — each of them has a slightly different perk. Luigi can get a bit more air in his jump, while Toad is a bit faster.

The Mario Party series reigns supreme as a family-friendly, chill party time. In this board game-style title, players pick their favorite Nintendo character and then roll the dice to land on a spot on the board. Players compete in minigames, including a baseball-bat-swinging rhythm game, rowboat race, snow catching, and so many more.

Wii Sports’ legacy will never be forgotten (nor will its banging soundtrack). Nintendo Switch Sports gracefully takes up the mantle of its predecessor, along with many of the same classic sports, like bowling, golf, and tennis. It also adds some new ones to the mix, like volleyball and chambara (a great complement to Wii Sports’ boxing). Just make sure you have enough space around you so you don’t accidentally hit your television.

No multiplayer Nintendo Switch list would be complete without mentioning the most recent edition of 20-year series Mario Kart. Though the game came out in 2017, it still reigns supreme, as far as kart racing goes — and it still gets new courses, like the recent addition of Mario Kart 7’s Rainbow Road.

Scramble with your friends to operate a spaceship hurtling through outer space. Each of you can only pilot one of the ship’s eight total control panels at any given time. We hope you like your partners, because you’ll be shouting directions and trying not to lose it as you work together.

The premise is simple: Each of you is a piece of paper, and you can cut shapes out of one another in order to accomplish tasks. Some of these challenges involve working together to create a specific shape. Others require teamwork to shoot a ball into a hoop or fill up a basin with water. Bring your most levelheaded (or, alternatively, chaotic) friends.

Another Switch take on a stone-cold classic, Nintendo’s fight-to-the-death brawler is stocked with all of your favorite characters. Play with up to seven other people and survive to be the last one standing.

TMNT: Shredder’s Revenge is a return to the halcyon days for any TMNT fan, and a truly excellent beat-’em-up brawler. Players can choose between the four Turtles — Leonardo, Michelangelo, Donatello, and Raphael — along with April O’Neil, Master Splinter, or Casey Jones.

A weekly roundup of the best things from Polygon

Amazon will close its food delivery business in India on December 29, following its May 2020 launch in Bengaluru, as part of a broader restructuring (Manish Singh / TechCrunch)

5 lessons the crypto industry must learn from the FTX disaster 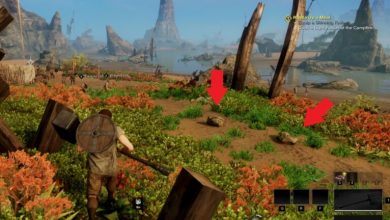 How to get Flint fast in New World? 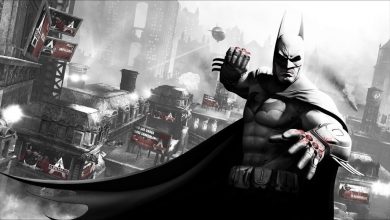 PS Store Weekend Offer Finds You Something New to Play on PS5, PS4 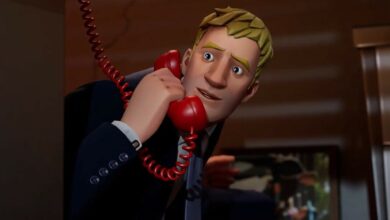 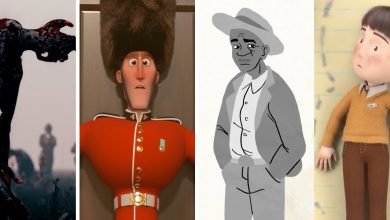