I don’t mean to troll. It’s music to the ears of some fans, the sound of the city’s ferocious population of feral cats gathering outside your bedroom for others. But it was a curious dissonance that became more noticeable with each passing season of Crown.

This is a prestigious television definition program. it is expensive. It is ornately decorated. It has acting and design and history. What subject might cover the idea of ​​”prestige” more accurately than the actual queen? But, when you really distill it, Crown also just fancy tabloid-whisperstream on Netflix.

There’s a bit of culling in previous seasons that justifies the more vulgar aspects of the series. We agree with the way it’s fictional bedrooms and meeting rooms bicker and talk when we understand that it’s all just clear well-educated. After all, the events of the previous seasons went on too long. Of course we are just creating private moments.

But now, we are facing Diana and Charles of all. We no longer follow the struggles and turmoil Queen Elizabeth and Prince Philip — plus their families — went through, as if it were some kind of eye-opening origin story. Instead, we’re speeding on savory and juicy. it. We hope to be validated in our existing knowledge and opinions on these figures. We are craving certain battles, memorable dramatic moments and meticulous re-enactments of what, in a more modern age, is a historical icon. (Diana in the “revenge dress” did not disappoint.)

For most Crownso far, the series seems above all that. Now, however, it seems to be leaning towards it. Maybe you’ll really like that. However, you’ll probably wish you were watching something… more.

Any fan will recall an ambitious and admirable creative experiment Crown to be when it started—And it still is. Attempts to recount a LOT of history, but having a clear plan of how to do it, that hasn’t been done successfully before. I don’t need to decorate The Crownwild, unexpected victory in getting that done.

The viewer’s obsession with this series, not to mention the constant discourse surrounding it, speaks for itself. Despite using a rotating cast that portrays these real-life characters from different historical periods, the show somehow manages to fully capture “gimmick territory.” Instead, these age-appropriate retellings boosted the show’s surprisingly emotional proportions.

That emotion is something that seems to be completely lacking in Season 5.

I’m not sure if that’s a flaw in the series. Aside from flattering some members of the royal family with seriously flamboyant appeal, it’s certainly not the fault of the cast and actors. One would not be surprised to learn that such revered figures as Imelda Staunton, Jonathan Pryce, Lesley Manville, Dominic West, Jonny Lee Miller, Olivia Williams, and, as we all despair to see, Elizabeth Debicki in Diana portrait. Read those names. Of course they. (When Crown once again dominating the Emmys, it will be worth it.)

But while in previous seasons, my heart sank at the show’s lavishly emotional depictions of how monumental events in British history reverberated in the lives of the royals behind the scenes. With the door closed, my heart feels cold again this time. It’s like freezing every time that I, years ago, would pick up a piece of gossip at the checkout, or, now, click on something ridiculous. Daily mail display or — without judgment — a Deuxmoi Instagram story.

There is a meaning around this time, “Get the good stuff!” Annoyingly, I’m sure there’s nothing to blame for being attributed to the series for that. Crown are still as enthralled (and unstoppable) as ever. Subject is the culprit.

That said, the show seems to be leaning towards that obviousness in a way it hasn’t before. The first episode just acts as a daredevil Cliff’s Note debate surrounding the value of royals at this point in time in the 90s.

Much of the episode focuses on an article that Charles (West) helped orchestrate, accusing his mother and everything related to her reign as “irrelevant”, “old”, “expensive” and “expensive”. “lost keeping in touch”. The Queen asked the government to help restore her beloved ship Britannia, which was used for her travels and vacations. While once on the run as the epitome of beloved status and nobility — as depicted in a flashback Crown‘S Original Elizabeth, Claire Foy—The color showing its age.

“Emotionally, I think we would all rather stick with her, but we have to be realistic about the cost of repairs as she is clearly past her prime,” Philip (Pryce) tells. Elizabeth, a metaphor that doesn’t hide. “This is the first time I’ve begun to consider the unthinkable… an alternative.”

This is the first time I feel Crown is doing something it always seems to do: fan service.

Maybe that’s the trap of a show like this as it approaches modern times. And, to be fair, fan service isn’t always bad.

Must say how excellent Debicki as Diana is. She arrived emotionally, so to speak, completely depressed and, nevertheless, defeated. Her immunity frame consistently surpasses any of her co-stars, and Debicki nailed that ferocious and wounded gaze to the bottom — a beacon that cuts through the fog of all storms. around her.

We get infamous 1995 Overview interview. (Debicki was transcendent in this scene, despite the judgment that a Twitter clip of standing next to the real Diana went viral.) We got the divorce proceedings underway. We also get tantalizing stuff, which we all like to think happened – but with no proof that it actually happened – as Diana confided in her woes with her young sons. its unsuitable.

That’s where we move into Lifetime territory. In these arcs, it’s impossible to separate fact from fiction—which may be why the palace had to go through a very difficult crusade for the show. include a disclaimer talk a lot before this season. Every time we have an intimate look—a conversation during a car ride, in the bedroom, or whatever—it reads on as much fact as on real events, like Overview interview. It can’t! But that does not matter. Now we take Crown At face value is the incomprehensible truth.

The fun of that is most evident in the divorce episode, which also sees “normal” couples go through the proceedings, in an attempt to normalize (I guess?) what Diana and Charles do. experienced. That episode may have been the season’s biggest blunder, which presents its own uncomfortable truth: The Diana and Charles bits are the least enjoyable part of this installment of the series. Crown.

Maybe it’s the Lifetime effect too. You can’t make it more interesting than we already know.

But the less hectic moments are more enjoyable than one might expect. An exploration of the royals’ devotion to Russia is fascinating. An indie episode about what strength means centered around Dodi (Khalid Abdalla) and Mohamed al-Fayed (Salim Daw), who were once part of Diana’s last days, was the highlight of the season. And, God save me, the royal I find myself most invested in this season is Philip, with his fitting, yet compelling, friendship with family friend Penny Knatchbull (Natasha McElhone).

However, it all shows that Crown is best when it surprises — in its own right, Crown-sure. When it doesn’t, when we leave the obvious, we get something that seems… more advanced than we’ve come to expect from this show. On a lesser budget, there are parts of it that could be a cable drama.

To be fair, this performance is as light and luxurious as ever. But in the end it met its enemy: Lifetime. Oh… time.

Tips to Help You Win at Soccer Betting 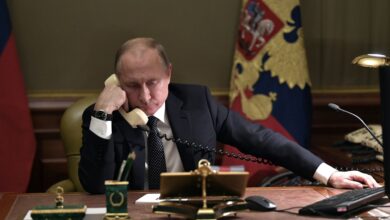 Terrifying Putin Phone Call Warns ‘Worst Is Yet to Come’ 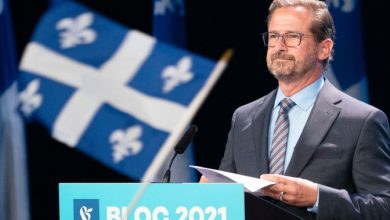 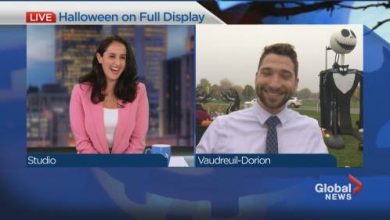 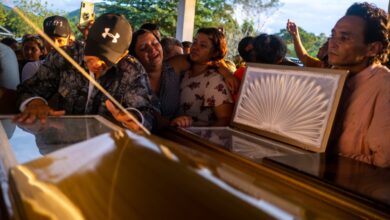