Masters announced last month that he had left his top positions at two organizations named after Thiel, who has poured more than $10 million of support into the Senate bid. But a Daily Beast review of business, campaign, and tax records reveals that Masters appears still far from severing his shared interests with his mentor.

“This further underscores how Masters’ candidacy is almost inseparable from its billionaire backer,” Fischer said. “Thiel helped launch Masters’ career, dumped $10 million into a super PAC backing Masters, appeared with Masters at a Club for Growth donor summit, and is deeply and personally involved with raising money for Masters’ campaign.”

“I’m struggling to think of another example of a politician who would owe so much of their success to a single person,” he concluded.

Jordan Libowitz, communications director at Citizens for Responsibility and Ethics in Washington, expressed a similar sentiment.

“It does seem to present at a minimum an optics issue, because it appears Masters is using his campaign to promote his biggest financial backer. A campaign can’t be run for anyone’s personal benefit,” Libowitz said.

Masters, 34, has never sought political office and hails from the West Coast world of tech capital investment. Almost all of his adult life has been tied in some way to Thiel, a billionaire Facebook investor and former board member Masters met while studying at Stanford Law School.

Today, Masters is running on a hard-right, pro-Trump, anti-institutional, MAGA-libertarian platform, with the gaps in that ideology filled in with election fraud rhetoric and anti-immigrant red meat, and finished with a sprinkling of technocratic autonomy.

That perspective, as journalists have noted, is largely a reflection of Thiel’s own distinctive political blend, and largely mirrors another thirtysomething Thiel protégé-cum-Senate hopeful: J.D. Vance. (Thiel has reportedly brought Masters and Vance to meet Trump, though the ex-president still hasn’t coughed up an endorsement in either of their races.)

Masters, who officially launched his bid last July—months after Thiel threw $10 million into a super PAC supporting him—says he fully intends to win the Arizona GOP primary this August. But even with Thiel’s support, his poll numbers have flagged, though he topped the field in a recent survey funded by the Thiel super PAC.

Still, Masters didn’t appear to have his substantial conflicts of interest squared away when he entered the fray.

Despite months of criticism over those ties, Masters only announced his intent to resign from his prime benefactor’s groups in October, after submitting his personal financial disclosure seven weeks late. It apparently took another five months to finalize that resignation.

In the meantime, Masters repeatedly used the platform of his candidacy to shill for his own financial interests, as well as those of his then-boss—a pattern that has extended to campaign fundraising.

Those interests have included major Thiel-backed corporations. The two largest, Palantir and Anduril, do billions of dollars of business with the federal government. Masters plugged both of them in a New York Post interview kicking off his candidacy last July.

Asked if, as senator, his enhanced border security plans would include additional contracts to those companies, Masters didn’t rule it out, while pitching readers on the corporations themselves.

“I’m familiar with those companies and bullish on them,” he told the outlet, adding, “I’m open to whatever works.”

And in an address to a local chapter of Arizona Republicans the next month, Masters appeared to promote that technology again.

Anduril’s first federal border patrol contracts included infrared-equipped surveillance infrastructure, Responsible Statecraft reported, noting that the company has proposed border wall technology that incorporates the ideas Masters laid out in his speech. Likewise, the report noted that Palantir Technologies has current contracts with Immigration and Customs Enforcement, which include software.

Masters has also proselytized the online alternative video platform Rumble, saying in a February interview, “We invested in Rumble, which I think is a really good company.”

On March 11, days before announcing his exit from the Thiel groups, Masters went on Fox News’ most viewed show and pumped another Thiel investment, an alternative search engine called “Brave.” It was, in fact, the first question that the show’s host, late-night entertainer Tucker Carlson, brought up, addressing so-called privacy concerns surrounding other search engines.

In the interview, after Masters slammed competitor Duck Duck Go as “a joke,” Carlson asked if he could recommend any other services.

“I mean, you’re a tech guy,” Carlson said. “Is there some search engine you can go to that doesn’t have its fingers secretly on the facts, feeding you propaganda?”

“We’re running out of options. I do recommend the Brave browser and the Brave search engine now,” Masters replied.

He then promoted the clip on his Twitter account—cut to the part about Brave—and slammed Duck Duck Go across his social media accounts that week.

But Masters’ connections to Thiel stretch far beyond those groups—Thiel Capital, where he served as COO, and the nonprofit Thiel Foundation, where he was president. Unaddressed questions still lurk behind those entities, as well.

Masters’ financial disclosure shows that he pulled a salary of about $775,000 from Thiel Capital. The company paid him another $340,000 in “payments for sales” of the 2014 book he co-wrote with Thiel, Zero to One.

He also participates in an “executive bonus plan” based on Thiel Capital investments, which will vest through Jan. 1, 2023. It’s unclear whether he retained that plan upon his departure.

That company doesn’t appear on Masters’ LinkedIn page—which still says he works at Thiel Capital—but his financial forms state that he is Spar’s director and treasurer, and holds stakes valued between $265,002 and $550,000.

Masters did leave his unpaid but influential position as head of the Thiel Foundation. The nonprofit is known for its “Thiel Fellowships,” which offer budding tech entrepreneurs $100,000 to drop out of college.

Documented, Fischer’s group, obtained the foundation’s tax return for 2020, when Masters was still president. According to the filing, which Fischer shared with The Daily Beast, the nonprofit gave out $7.5 million in grants that year. Notably, more than half that amount—about $4.3 million—went to Donors Trust, a fund that affords donors total anonymity over where their money goes, and has been called the “dark money ATM of the right.”

“Basically, before Masters announced his candidacy, he was president of a grantmaking Foundation that disguised where most of its grant money actually went. Seems like Arizona voters would want to know where that $4.3 million ended up,” Fischer said. “Did the Foundation secretly finance groups that worked to overturn the 2020 election, for example?”

Donors Trust funneled millions of dollars to a number of far-right entities in 2020, including groups that tried to overturn the election results (which Masters and the Thiel-backed super PAC have also questioned) as well as white supremacist organizations. (One of Donors Trust’s white supremacist beneficiaries, VDARE, celebrated Masters in August as an “immigration patriot.”)

Returning to Masters’ personal financial disclosure, Thiel Capital plays a dual role. It also happens to be the entity that compensates Masters hundreds of thousands of dollars for book sales. That arrangement is notable, because Zero to One has in recent months become the keystone for Masters’ political fundraising efforts.

Masters and Thiel co-authored Zero to One in 2014, based on Masters’ notes of lectures he’d heard Thiel give at Stanford. But Masters’ financial disclosure doesn’t indicate that he gets royalties, per se, and it doesn’t show an agreement with the book’s publisher, Crown Publishing. Additionally, Thiel is the sole copyright holder.

The Masters campaign has regularly promoted Zero to One, saying the 2014 collection of Thiel’s 2012 lectures articulates Masters’ vision for America’s future. Since December, his campaign has held two NFT sweepstakes connected to the book, both of which offer donors an array of Thiel-adjacent prizes, including hardcover copies signed and personalized by both co-authors.

Experts say those giveaways raise questions of their own.

Additionally, the 99 books from the first giveaway don’t appear on campaign finance reports, and it’s unclear how the campaign got them.

Libowitz, of CREW, said that while such giveaways are commonplace, the books “should show up as an in-kind contribution or an expenditure,” depending on whether they were donated or purchased. “As long as they’re paying fair market value for the book, that’s totally fine. It gets into this nefarious area when it’s a question of whether it directs money to candidate.”

While the terms and conditions say royalties from book sales will go to the pro-gun groups Firearms Policy Coalition and the Second Amendment Foundation, it’s not immediately clear that Masters—who doesn’t report any book royalty income, but apparently secondary payments from Thiel—has authority to make the decision. It’s also unclear from the terms whether Thiel had also agreed to donate the royalties that he would collect from those sales, or whether he would still benefit, however marginally, from the promotion.

What is clear, however, is that the Masters campaign benefitted. The first giveaway, which asked for $5,800 max donations, sold out in three days and raised more than $550,000—though the campaign didn’t see the full value of those 99 donations thanks to a cryptocurrency crash that struck during the sweepstakes and devalued some contributions.

Still, the promotion was so successful that the campaign launched a second, this one offering new NFTs in “packs” at a range of buy-in points. Some of the NFTs will be more rare, according to the website, which pitches extra perks for collecting the rare ones—unsurprisingly, those perks include signed copies of Zero to One, as well as access to Thiel, in the form of a private dinner.

The page spills a great deal of digital ink hyping those prizes, which it pegs in value between $10 and $2,250. The top prize includes the private dinner in Los Angeles with Masters and Thiel (with $2,000 travel stipend), a line in the book’s acknowledgments section in future printings (“if any”), a handmade physical copy of the original book, and “VIP access to any ZtO parties.” Without the stipend, the retail value is pegged at $250.

“This is sort of similar to the Kayne 2020 campaign selling merch that went for inflated prices on the secondary market,” he noted, adding that there was another intrinsic value—“the opportunity to have dinner with Peter Thiel is a big incentive for tech donors.”

It’s unclear whether Masters thinks his donors will see any return. In fact, the campaign doesn’t appear to harbor any real intention of even giving away the major prizes.

The campaign says that it will mint an NFT grab bag of a maximum 20,000 NFTs, to be distributed sometime between now and July, a month before Masters faces his test in the primary election. According to the terms and conditions, participants have, at most, a 0.00000000000000000003812-percent chance of winning the top prize. 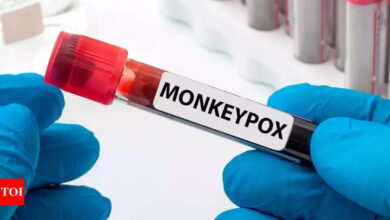 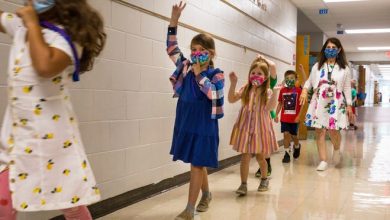 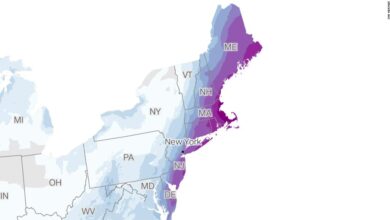