TEHRAN, IRAN – The head of the United Nations atomic watchdog met with Iranian officials on Tuesday to push for greater access in the Islamic Republic before diplomatic talks restart. about Tehran’s tattered nuclear deal with world powers.

Rafael Mariano Grossi of the International Atomic Energy Agency is once again facing tightening-style negotiations with Iranian officials as his inspectors still cannot access surveillance footage and faces greater challenges in trying to monitor Tehran’s rapidly growing uranium stockpile. After US President Donald Trump unilaterally withdrew from the deal with Iran, the Islamic Republic is now enriching a small amount of uranium with a purity of up to 60% – the highest level ever and close to the level Weapons are 90%.

While Iran maintains its peace program, regional rival Israel has repeatedly warned that it will not allow Tehran to build nuclear weapons and is suspected of carrying out attacks on the program. its progress as part of a broader regional war that has been taking place across the Mideast in recent years. Meanwhile, the US under President Joe Biden has said it is ready to go back to the deal, but has warned that time is running out.

All of this raises the risk of a broader confrontation with Iran, which has been hit harder by negotiations under new President Ebrahim Raisi, a supporter of Supreme Leader Ayatollah Ali. Khamenei.

Writing on Twitter on Monday, Grossi said he hoped to “resolve outstanding questions” with Iranian officials.

“I hope to establish an effective and cooperative direct channel of dialogue so that the (IAEA) can continue essential verification activities in the country,” Grossi wrote.

On Tuesday, Grossi arrived at the Atomic Energy Organization of Iran, the country’s civilian nuclear agency, for his third visit since February. He spoke with Mohammad Eslami, the new head of the organization. In 2008, the United Nations sanctioned Eslami for “participating in, directly linking to or providing support to sensitive nuclear activities regarding Iran’s nuclear proliferation or the development of a nuclear weapons delivery system.” .”

After their talk, Eslami held a press conference in which he described the ongoing issues as “technical” and not dominated by “political issues and conspiracies” by the attackers. Iran’s enemies.

“Some sections remain unanswered and some sections deal with issues that have been closed in the past,” he said. “They were settled in the nuclear deal and were closed. Today, we agreed to end them.”

Eslami did not elaborate.

For his part, Grossi described the negotiations as “tense” and not as definitive as Eslami.

“We are continuing negotiations at the moment to find common ground,” Grossi said. He will then meet with Iranian Foreign Minister Hossein Amirabdollahian.

Under the secret agreement known as the “Additional Protocol” with Iran, the IAEA collects and analyzes images from a series of surveillance cameras installed at Iran’s nuclear sites. Those cameras helped it monitor Tehran’s program to see if it was complying with the nuclear deal.

Iran’s hardline parliament in December 2020 passed a bill that would partially suspend UN inspections of the country’s nuclear facilities if European signatories failed to provide banking and oil sanctions relief in February. Since February, the IAEA has not been able to access images from those cameras.

Under the agreement, the IAEA also placed around 2,000 tamper-proof seals on nuclear materials and equipment. Those seals are communicated electronically with the inspectors. Automated measuring devices also provide real-time data from the program. Inspectors can’t access that data either, making the task of monitoring Iran’s stockpile of enriched uranium much more difficult.

The agency also sought to monitor activities at a centrifugal parts production site near the northern city of Karaj. The IAEA has not had access to it since June after Iran said an Israeli sabotage attack significantly damaged the facility and an IAEA camera there.

In a separate report to IAEA member states earlier this month, the agency said Grossi was also concerned about inspectors “being subjected to excessive physical searches by security officials at facilities nuclear in Iran.”

Tuesday’s meeting comes ahead of a broader meeting of IAEA member states. Iran avoided facing a critical vote at the board by a similar visit by Grossi in September.

Meanwhile in Israel, Prime Minister Naftali Bennett described Iran’s nuclear program as at a “very advanced stage” without providing details. Ahead of the resumption of nuclear talks between global powers and Iran, Bennett said he expected “disagreement with our greatest friends.”

“Either way, even if we go back to an agreement, Israel is of course not part of the deal. Israel is not bound by it,” he told a security conference in Herzliya. . “We will maintain our freedom of action.” 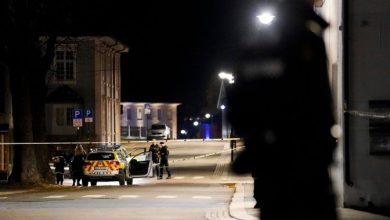 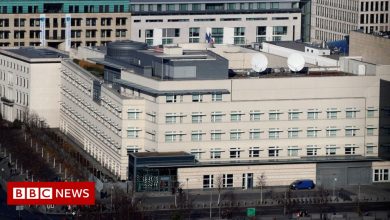 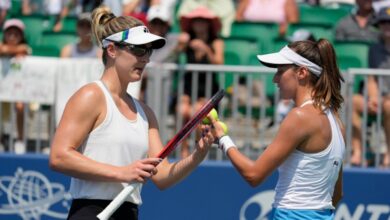 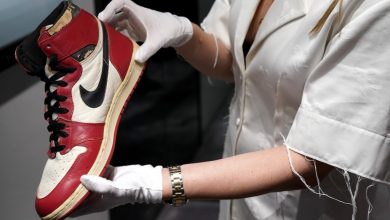