Pony.ai, a Chinese self-driving car company worth $8.5 billion at the end of the year, sued two former employees for allegedly violating trade secrets.

China’s emerging self-regulatory firms are under increasing pressure to commercialize as they reach the later stages of fundraising. They are still years away from deploying unmanned robots on busy urban roads on a large scale, but simpler scenarios like shuttle buses and long-distance trucks have brought them to the fore. they chance.

Pony has filed a lawsuit with a court in Beijing and is seeking 60 million yuan ($8.9 million) in damages from Qingtian. The Beijing Intellectual Property Court took up the case, Pony told TechCrunch.

Qingtian said in a statement that they have yet to receive any allegation documents and are verifying information regarding the incident.

Disputes over intellectual property rights are not uncommon in Billion dollars The autonomous driving industry depends on technological breakthroughs. Elon Musk has had a long relationship with Xpeng, Tesla’s competitor in China. In 2019, Tesla filed a lawsuit against a former employee alleging that he stole trade secrets related to its Autopilot driver-assistance feature and gave them to Xpeng. Case was dropped last year.

Pan, the former chief technology officer of Pony and Sun’s trucking business, who previously led the planning and control of the company’s trucking business in the US, is one of the employees. Senior staff member has left Pony in the past year to start his own store.

Source of TechCrunch and other media reports suggestions that employees were upset about Pony’s decision to merge the R&D divisions of the trucking and passenger car businesses, but Pony reasoned that the restructuring would lead to more efficient results.

The Great Barrier Reef has record coral cover, but it's very vulnerable

What your meal deal says about you 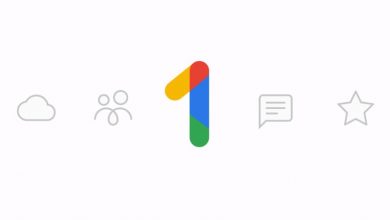 An interview with a16z’s Jonathan Lai on Games Fund One, the VC firm’s new $600 million fund for games that will invest in studios, infrastructure and technology (Dean Takahashi/ VentureBeat)