Donald Trump’s former chief financial officer, Allen Weisselberg, pleaded guilty to tax violations in a settlement that required him to testify about illegal business practices at the Trump Organization.

Weisselberg pleaded guilty to each of the 15 counts in a New York court on Thursday, before Justice Juan Mercan.

He has been accused of accepting more $1.7 million off the books compensation from the former chairman’s company over the course of 15 years, including untaxed perks like rent, car payments and tuition.

Mercan asked Weisselberg in court on Thursday whether he intentionally evaded taxes on those privileges. “Yes, your honor,” Weisselberg replied.

Mercan agreed to sentence Weisselberg to five months in prison at New York City’s Rikers Island prison complex, though he would have been eligible for release much sooner if he behaved well behind bars.

That number is much shorter than the many years in state prison he could face if, instead of pleading guilty, he was convicted at trial.

The judge said Weisselberg would have to pay nearly $2 million in taxes, penalties and interest.

The plea agreement also requires Weisselberg to testify truthfully as a prosecution witness when the Trump Organization goes to court in October on related charges.

He is not expected to cooperate with Manhattan prosecutors in their larger investigation into Trump himself, a person familiar with the matter told Reuters news agency.

Trump has not been charged or accused of misconduct.

Despite Weisselberg’s refusal to cooperate, his guilty plea will likely strengthen prosecutors’ case against Trump’s company, which has pleaded not guilty.

Weisselberg’s attorney, Nicholas Gravante Jr, said his client pleaded guilty “to put an end to this case and the years-long personal and legal nightmares it has caused him and his family. he”.

“We’re happy to have this behind him,” the lawyer added.

The defendants were indicted in July 2021 for conspiracy to commit fraud, tax fraud and falsifying business records, in which some executives were paid “off the books”.

Prosecutors said Weisselberg hid and evaded taxes on $1.76 million in income that included rent for his Manhattan apartment, rent for two Mercedes-Benz cars and tuition for family members. when Trump signed the tuition check.

Weiselberg surrender to the government and had plead not guilty’ in July 2021.

Last Friday, Mercan denied defense moves to dismiss the indictment, rejecting arguments that the defendants were “selectively prosecuted” and Weisselberg was the target because he refused to do so. his longtime boss.

The Trump Organization manages golf clubs, hotels, and other real estate around the world. It could face fines and other penalties if convicted at trial.

Jury selection begins October 24, fifteen days before the November 8 midterm elections, where Trump’s Republican Party hopes to wrest both houses of Congress from the party. Democracy.

Trump has yet to say whether he plans to run another White House in 2024.

Weisselberg has worked for Trump for about half a century.

He quit his job as CFO after he and the Trump Organization were indicted in July 2021, but remains on Trump’s payroll as a senior adviser.

The indictment stemmed from an investigation by former Manhattan District Attorney Cyrus Vance, but disappeared after Bragg became district attorney in January.

Two prosecutors leading the investigation resigned in February, with one saying felony charges should be brought against Trump, but Bragg indicated he was skeptical.

Trump faces many other legal battles.

Last week, FBI agents search the home of the former US president for classified documents and other documents from his time in office.

LeBron James is all about LA, not the Lakers 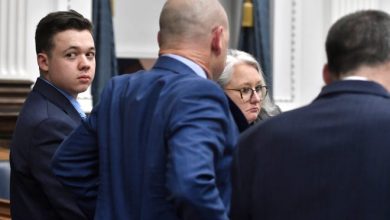 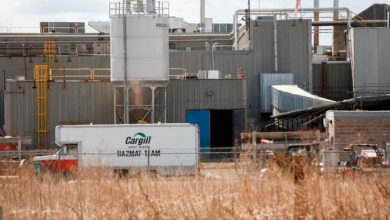 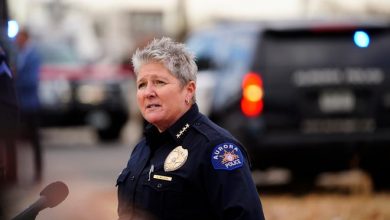