The mission has been in the country since 2014, when it began documenting violations stemming from fighting in the east between government forces and largely pro-Russian separatists.

Bogner said the escalation that led to the eight-year armed conflict had brought much death, suffering, damage and devastation.

“Every day we talk to people affected by war, listening to and documenting violations of human rights and international humanitarian law, including war crimes,” she said.

Most casualties, 92%, were caused by the use of high-effect explosive weapons in densely populated areas.

“We know that the actual figures are significantly higher. Each of these numbers is a person, whose life or health has been lost or compromised,” Ms. Bogner said.

The mission also recorded 327 cases of arbitrary detention and forced disappearances in the territory controlled by Russian forces and affiliated armed groups. While 105 victims were released, 14 – 13 men and one woman – were found dead.

In addition, 39 arbitrary arrests were recorded in the territory controlled by the Government of Ukraine, and another 28 cases that could have resulted in enforced disappearance.

“Many of these victims, on both sides, have faced torture,” Ms. Bogner said. “Humans, whoever they are, must be treated with dignity“.

She added that prisoners of war must also be protected, as guaranteed under international law.

While the Mission has access to prisoners of war and other conflict-related detainees in Government-controlled areas, this is not the case for those detained in locations other.

WFP food packages are distributed to war-affected people in Kharkiv Oblast in cooperation with the Ukrainian Red Cross.

Food at home and abroad

During the war, the World Food Program (WFP) has been using every opportunity to support people, both inside and outside Ukraine.

WFP has disbursed more than $200 million to internally displaced Ukrainians, while about 11,000 families in neighboring Moldova are receiving cash to cover additional costs of hosting Ukrainian refugees.

WFP reported that within a few days of the start of the conflict, employees began serving ready meals and distributing bread to Ukrainians.

Kits containing items such as meat or beans, sunflower oil, pasta and rice, are also being made available to families in places where food is scarce or hard to reach.

The first shipment of more than 26,000 tons of Ukrainian food under an export agreement in the Black Sea was cleared for processing today, bound for its final destination, Lebanon.

Before the war, Ukraine was a major global economy and produced enough food to feed 400 million people a year.

WFP has been working with the Government and partners to promote and facilitate grain exports through the main seaports in the Black Sea, as well as alternative inland river routes.

Last week, the first shipment of Ukrainian grain for the agency’s operations left the port of Pivdennyi in Odesa and is now on its way to the Horn of Africa, where the specter of famine haunts more than 20 million people.

In light of the ongoing global food crisis, WFP explained that allowing Ukraine’s grain exports is crucial to stabilizing global markets and alleviating hunger, but it is also beneficial. directly benefit the Ukrainian people.

The agricultural sector is an essential component of the economy and is also a direct source of livelihood for many of the 13 million citizens living in rural areas.

At a hospital in western Ukraine, doctors managed to remove a 4-centimeter-long shrapnel and save the life of a 13-year-old boy after he was seriously injured by shelling in eastern Ukraine.

Handle Security Council on Wednesday, the UN Secretary General António Guterres stress that as winter begins, humanitarian needs in Ukraine continue to grow rapidly, and millions of people will need assistance and protection.

World Health Organization (WHO) and its partners are preparing for a challenging winter ahead and have learned the lessons learned so far.

Tedros Adhanom Ghebreyesus, WHO Director, said: “Six months of war has had a devastating impact on the health and lives of Ukrainians, but despite many challenges, the health system has managed to survive. and provide care where and when it is most needed.” -Shared.

The United Nations has helped deliver more than 1,300 tons of vital medical supplies to Ukraine, in coordination with the Ministry of Health and partners.

Much more is on the way, including generators, ambulances and oxygen supplies for medical facilities, as well as supplies for emergency surgery and trauma, and medicines to help treatment of non-communicable diseases.

Although Ukraine’s health system has been shaken, Tedros said it has not yet collapsed.

He added: “WHO continues to support the Ministry of Health of Ukraine in restoring disrupted services, displaced health workers and destroyed infrastructure.

“But no system can bring optimal health to the people under the pressure of warthat is why we continue to call on the Russian Federation to end this war.”

US opposes re-engaging with Syria's Assad 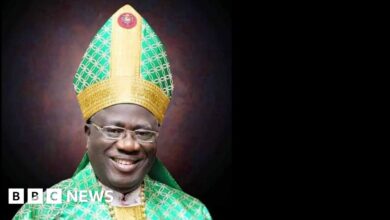 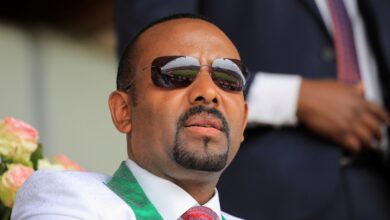 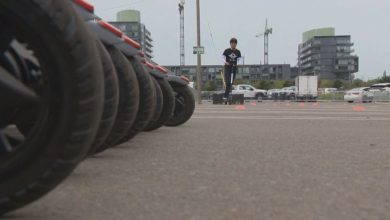