Investor Chris Olsen knows the West Coast VC scene well. He spent six years at Sequoia Capital in California before co-founding Capital promotion in Columbus, Ohio, in 2013 based on theory that “the most attractive emerging market is the US, just outside of Silicon Valley,” as he told us early last year.

Institutional investors bought into that pitch. At the very least, they clearly believe that Olsen and company co-founder Mark Kvamme — who has logged on Sequoia twice as many times as Olsen — know what they’re doing. This past summer, Drive’s limited partners committed to invest 1 million dollar much more with Drive, bringing the company’s assets to $2.2 billion.

Still, Drive hopes to outsell its traditional peers in its vision, and while there’s plenty of co-investment, no other coastal VC has opened outposts in Columbus even though Drive has done so. show progress in the region. In fact, asked last week if another out-of-area company has opened a store nearby, Olsen told us in a new interview that the opposite is happening. “I read about [VCs coming to the Midwest] on Twitter, and I’ve read about it in a lot of different places, but I actually see VCs doing the opposite. I see them spending more time in California than ever before.”

Olsen suggests that, at least for now, VCs worried about their performance are retreating to the terrain they know best. The reality is that if you’re a Silicon Valley-based venture firm, there’s no LP at your annual meeting asking you, ‘How did you miss company X in Columbus? ‘ Like, that’s not going to happen. But they will ask you, ‘How do you remember company Y in Silicon Valley?’ They don’t want to miss that in their backyard.”

Olsen insists that’s perfectly fine with Drive, which now employs 36 people in total. For one thing, Olsen said, the region is now home to more “de novo” joint ventures being established in the region; in other words, Drive is not the only local stop for founders, which is crucial in building an ecosystem.

Meanwhile, using Columbus as the basis for a much broader regional strategy has certainly paid off with one of Drive’s deals: Columbus-based Original Coverage. The car insurance company was founded in Drive’s offices and went on to raise hundreds of millions of dollars from East Coast and West Coast investors, including Ribbit Capital, Redpoint, Tiger Global and Coatue, before when going public in October 2020 (Drive alone invested $67 million outright.)

Root’s shares have since rallied – they’re now $11 per share, down from $431 two days after it went public – so retail investors have probably lost money in company. But Drive’s 26.1% stake in Root pre-IPO was worth $1.46 billion on the day of the offering. Even six months after Root’s lockup period expired, the company’s stock was trading at $190, which is still way off, up from its opening day price of $27.

Of course, like other venture companies, Drive has faced challenges post-pandemic. To wit, one of Drive’s other success stories in production, Olive AI, failed to live up to its promises, according to a string of recent Axios reports.

The Columbus-based healthcare automation startup, founded in 2012, used its extensive history of axes (27 total) as proof that they finally fell in love. chance to meet an efficient business. As of last year, it describe itself A robotics process automation company takes on the most tedious tasks of hospital workers so that nurses and doctors can spend more time with patients. Olive has also been rewarded by investors for its willingness to shift gears. In fact, it has raised a staggering $902 million over the years and said last year that it was valued at 4 billion dollars.

But one thing is special Damn Axios piece Based on interviews with 16 former and current employees and medical technology executives, it was found that according to those individuals’ accounts, Olive had “hyped her abilities and created only a a fraction of the savings it promises.” A former employee told Axios in the same April article, “There are hospitals that won’t touch [Olive] because they know people who have been burned. . And I think people don’t want to admit it; there’s a sense of shame about it. “

Olive admitted last month that it made a mistake by laying off 450 employees. CEO Sean Lane said in a message to employees posted on Olive’s website that “Olive’s values ​​of ‘choosing the vision over the status quo’ and ‘urgent action’ have driving us to invest significantly in the most pressing parts of healthcare, scale our teams, and move quickly to bring solutions to market.”

Whether the costume would be appropriate for the ship was in question. When asked about Axios’ reports, Olsen, who sits on Olive’s board, downplayed them. “Olive is a business that is going through an amazing growth curve and on a rapid trajectory, and practically every fast-growing company is messy. Those companies that grow 300% a year, they’re being asked to do three times as much work as they did the year before, and it’s not going to be perfect.”

Especially with many VCs investing less dollars on less generous terms than last year, “You have to make a choice,” continued Olsen. “You have to change strategy. It doesn’t mean the company is failing.”

You can listen to our longer conversation with Olsen about where else they invest in the US, the company’s latest investments, and the changing nature of the board seats, right here.

The best of IFA 2022: all the top tech products 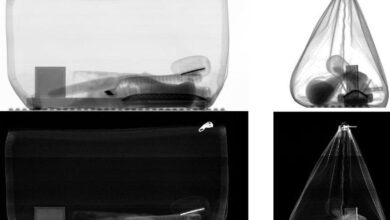