Vladimir Putin accused the US of trying to contain Russia by drawing it into the conflict over Ukraine, and said he wanted talks with Washington and NATO to continue to avoid “negative outcomes”. war.

In his first public comments in weeks since the United States warned that Moscow was stationing more than 100,000 troops on the Ukrainian border, the Russian president suggested that Ukraine was being used by Washington as a “tool”.

“The US is not overly concerned with Ukraine’s security – although it may be thinking about it somewhere – but its most important goal is to contain Russia’s development. This is all it is about”, Putin said at a press conference with Hungarian Prime Minister Viktor Orban in Moscow.

“It can be achieved in many different ways. [They can] drag us into some kind of armed conflict and with the help of their allies in Europe impose against us the very tough sanctions that the US is talking about today.”

He again accused the Western powers of ignoring Concerns about Russia’s security and said the US and Nato had ignored his request for guarantees that Kyiv would not join the transatlantic alliance.

“Imagine Ukraine [becomes] a member of NATO and commenced these military operations. Do we have to go to war with the Nato bloc? Does anyone have any thoughts for that? Obviously not,” said Putin.

The comments come amid an explosion of diplomatic activity in recent weeks aimed at de-escalating the crisis. Visiting Kyiv on Tuesday, Polish Prime Minister Mateusz Morawiecki said he would send weapons – including artillery shells and ammunition, surface-to-air weapons, light mortar systems and drones – to Ukraine. to help the country counter a potential Russian force. invasion. His visit was followed by UK prime minister Boris Johnson, who has continued UK support for Ukrainian president Volodymyr Zelensky.

“As we stand here, Volodymyr, more than 100,000 Russian troops are massing on your border in perhaps the largest demonstration of hostility towards Ukraine of our lifetime,” said Johnson, who also denounced forcing Putin to “stick a gun” to Ukraine’s head and try to “redraw the security map of Europe”.

The Polish prime minister said: “Our part of Europe is free from earthquakes and volcanic eruptions, but despite this, living close to a neighboring country like Russia makes us feel like we are living near. a volcano”.

Putin also said he hoped the dialogue would continue. Antony Blinken, the US secretary of state, and Sergei Lavrov, the Russian foreign minister, spoke by phone, their first conversation since Washington sent a written response to Moscow’s security requests last week. Russia sent it private answer to the US response on Tuesday.

Blinken “emphasized the readiness of the United States, bilaterally and with its allies and partners, to continue substantive exchanges with Russia on shared security concerns, which we intend to do in coordination with Russia.” fully cooperate with its partners and allies,” the State Department said. “I consider my visit a peaceful mission,” Orban said in Moscow. “I was able to tell the president that the European Union is unified and that no EU leader wants conflict with Russia. That is especially true of us Central Europeans.”

In a Facebook post, Dmytro Kuleba, Ukraine’s foreign minister, suggested that a new trilateral security “format” between Ukraine, Britain and Poland would help strengthen the country’s defense and security capabilities. “We cannot expect security and prosperity anywhere in the future when we become members of the EU and NATO. We need them today,” said Kuleba.

The Polish arms shipment comes after Britain last month supplied Ukraine with thousands of NLAW anti-tank vehicle and other devices. Last year, the United States provided a record $650 million in military assistance to Ukraine, on top of the $2.7 billion it has provided since the war in the east of the country broke out in 2014.

Earlier, Zelensky said Ukraine would add 100,000 professional troops to its 261,000-strong armed forces and increase the military’s salary over the next three years.

The United States and other Western supporters of Ukraine fear Russia’s military buildup could prepare for a Russian invasion or deeper invasions after Moscow annexed Crimea in 2014 and pushed for proxy wars in the eastern regions of the country.

The US State Department on Tuesday also ordered family members of US diplomats to leave Belarus amid growing concern about an “unusual and related to the military build-up of the country”. Russia” on Belarus’s border with Ukraine.

Video: This is Toto's Africa, played on instruments in Zelda: Majora's Mask 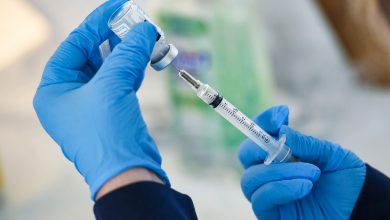 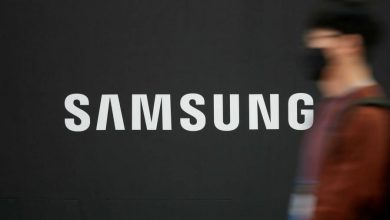 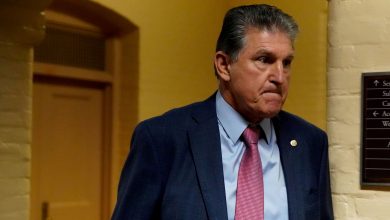 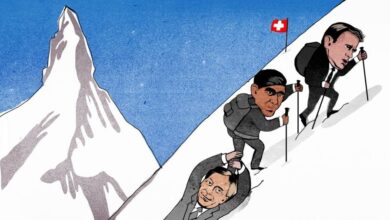 The real Brexit divide is now between pragmatists and extremists