NASA sending a iPad during the Artemis 1 Moon mission on board the Orion spacecraft has not been activated, as reported by 9To5Mac. The work of the device? To assist with testing Amazonvoice assistant of Alexa and Cisco Webex video conferencing software on Orion. Alexa and Webex will be part of Orion, Callisto’s payload. NASA is targeting launch on August 29.
“The industry-funded payload will be placed on Orion’s central console and include a tablet that will test Cisco Webex video conferencing software to stream video and audio from the Mission Control Center at Johnson as well as hardware and software custom-built by Lockheed Martin and Amazon will test Alexa, Amazon’s voice-based virtual assistant, in response to the transmitted audio. […]
Traveling in deep space, it will take too long for Alexa on Orion to use the cloud back to Earth, so Callisto will use NASA’s Deep Space Network and a local database on the spacecraft to communicate with Alexa and respond. ,” NASA said in a blog post.
The report confirms that the tablet will become an iPad and will be “the first iPad to fly during NASA’s Moon mission.” It will use WebEx and act as an astronaut talking to Alexa, since the Orion mission is an unrealized one.
A report by CNET in January mentioned NASA’s plans to test Alexa and Webex in space. The idea was to test software solutions with a virtual crew at Johnson Space Center, Houston. The virtual crew on Earth will try to communicate and give commands to the AI ​​assistant via video on iPad with audio playing on speakers. Commands will be sent over NASA’s Deep Space Network, which includes giant radio antennas used for communication during space missions. Webex will assist in video conferencing with ground control, other crew members, and returnees to Earth.

Children affected by conflict cannot wait for their education | 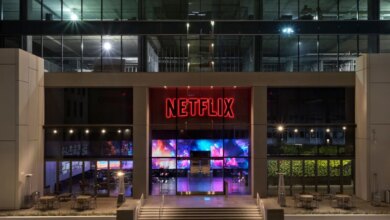