Before the pandemic, headline-grabbing advances in artificial intelligence and robotics — such as gaming champ AlphaGo becoming the first computer program to beat a human professional player at the board game Go, and those cool/scary videos of gymnastic machines from Boston Dynamics jogging and jumping and tumbling — led to numerous stories and books about robots taking all the jobs. That, even as unemployment was falling to its lowest levels since the 1960s.

Wait until the government tries to define “robot” for tax purposes and a legion of corporate lobbyists charge into battle, gumming up the works for the robot producers and would-be customers.

Now unemployment is a lot higher, and a much-mentioned post-pandemic economic trend is the continuation of greater workplace automation that began during the outbreak to protect people from Covid-19. The economics team at Wall Street bank Goldman Sachs are highlighting the shift to ecommerce and the “digitization of the workplace” — including cost and time savings from remote work and virtual meetings — as keys to higher productivity and economic growth over the next few years. Meanwhile, labor shortages and surging demand have businesses looking at how to employ technology of all sorts to replace needed workers.

Supermarkets are installing more self-checkout kiosks, with some even experimenting with computer-vision capabilities that would eliminate the need for cashiers. Even older technology, such as QR codes, are being employed at places like restaurants, so diners can order from their tables by scanning those pixelated square barcodes rather than consulting a server. The Financial Times reported recently on a jewelry store owner who revamped her set-up so that window shoppers can use smartphones to purchase items by scanning those little square codes. She used to pay a part-time sales person, but not anymore.

Not to be outdone, Elon Musk announced plans in August to build a Tesla bot. The multibillionaire demonstrated the concept of a 5-foot-8-inch, 125-pound automaton at the automaker’s recent AI day. For now, the Tesla bot only exists in a slide deck. But Musk said the chips and sensors currently employed for the autopilot driver-assist feature in Tesla cars would help jump-start the project, code-named Optimus (a likely nod to Optimus Prime from the “Transformers” film franchise).

Musk didn’t give a target date when consumers will be able to purchase it, and he acknowledged that the Tesla Bot “probably won’t work.” Even so, the announcement has already figured prominently in dire pronouncements about looming technological unemployment. “The commercial application of the planned robot is absolutely to replace human jobs — the ones that Musk himself finds ‘boring,’”Guardian columnist Van Badham writes. “Like ones working in factories, and supermarkets.”

But the dystopian story of tech-created unemployment fears is a lot older than those QR codes, first developed in Japan back in the 1990s. And over the long run, that story has always been wrong, as economists are quick to remind us. Although more and better machines destroy some jobs, they also create new ones — whether by increasing sales through lower prices (if you sell more stuff, you need more workers to make the stuff) or allowing workers to do new and more complex tasks. A 2020 study from Stanford University’s Institute for Human-Centered AI looked at the impact of AI and robotics on the manufacturing, retail banking and nursing home sectors. Researcher Yong Suk Lee found that although the technology initially replaced human workers, they eventually ended up creating jobs down the road. Econ 101 wins again.

Still, economists’ data and entrepreneurs’ assurances are unlikely to prevent more fearmongering about smart machines replacing humans, especially with headlines continuing to show advances in AI and robotics. Expect more calls for policymakers to consider steps like “robot taxes” so humans would have a more even playing field with technology. Microsoft co-founder Bill Gates, hardly a Luddite, floated the idea in 2017, as have public officials like New York City Mayor Bill de Blasio.

A tax on corporate robot purchases would discourage companies from buying them — and when companies buy them anyway, the resulting tax revenue could be used to help displaced workers through retraining programs or even direct compensation. But this assumes workers should fear competition from robots, and that you can define what a robot is in the first place. You could make the case, after all, that even a simple spreadsheet is a robot of sorts.

Wait until the government tries to define “robot” for tax purposes and a legion of corporate lobbyists charge into battle, gumming up the works for the robot producers and would-be customers. We already got a taste of that last summer when the Senate Commerce Committee rejected attempts to lift regulations to allow for the deployment of thousands of driverless cars after unions and attorneys campaigned against the proposal, according to Reuters. Autonomous vehicles probably look like robots to taxi and truck drivers.

In the new Brookings Institution analysis “Tax not the robots,” Robert Seamans correctly calls the notion of implementing robot taxes “a misguided idea that would have negative consequences for firms, their workers, and ultimately the economy.” In a review of the relevant economic literature, he notes there’s no evidence that robots are overall directly substituting for human labor. “Indeed, robots may actually be complementing labor, resulting in increases in employment,” he adds. Again, this is just as economists have predicted.

Of course, past and current labor market performance is no guarantee of future results, and robots could pose more of a danger to jobs and workers than they have until now. But we don’t want to slow down tech progress and the ways it makes workers more productive, since becoming more productive is how workers make more money over the long run. The new Institute of Labor Economics analysis “How Do Workers Adjust When Firms Adopt New Technologies?” finds evidence of “improved employment stability, higher wage growth, and increased cumulative earnings in response to digital technology adoption.”

We need more robots, not fewer. And given years of weak productivity growth in the United States, we need more of them ASAP. So rather than pre-emptively slowing down tech progress through robot taxes and regulation, let’s start by helping workers adjust. Which starts with technology.

Beyond making employees more productive by giving them more robots and AI, Seamans thinks technology can help workers survive and thrive. For example, he points out that data-driven tools can help match the skills of workers in one occupation with the skills needed in higher-paying careers. A brick mason and a welder actually have pretty similar skills, but the latter pays 75 percent more in Florida, so databases that discover, track and publicize the information could help masons find more lucrative jobs. He also favors limits or even bans on noncompete agreements to help labor market mobility. Policies to help workers navigate a world of greater automation and disruption are where governments should turn to, not policies that attempt to stifle change.

We can do lots of things to prevent robots from taking all the jobs, and instead help them help us create more. Though if they want to replace us for all those Zoom calls, that’s probably OK.

James Pethokoukis is an economic policy analyst at the American Enterprise Institute. He is also an official CNBC contributor.

Toyota to Spend $13.5 Billion to Develop EV Battery Tech and Supply by 2030 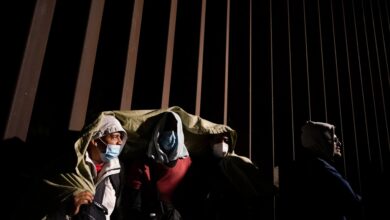 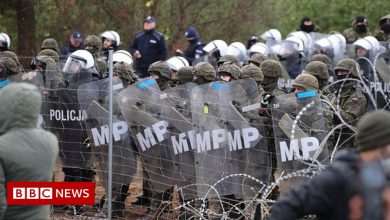 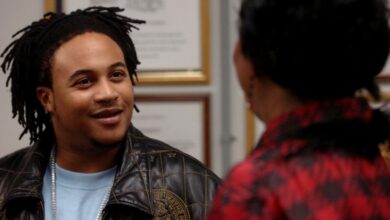 ‘That’s So Raven’ actor pleads not guilty to assault 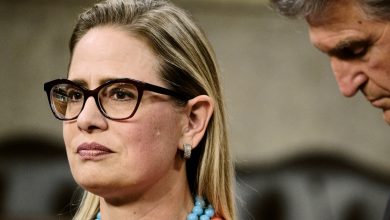 In Build Back Better fight, progressives have to give a lot to get a little