YouTube’s announcement after TikTok moved into developing a TV app. First time debut in February 2021 in France, Germany, UK and expand to the US and elsewhere in November of that year, TikTok’s smart TV app hasn’t changed much in terms of how the main app works. (Suffice to say, it has become an irreplaceable part of everyone’s living room routine.)

However, the change to include shorts in the YouTube experience on TV shows how important YouTube feels the short model is for its future. “Clearly this is a battle for attention across devices,” said Andrew A. Rosen, founder and principal at media analyst Parqor. “The arrival of Shorts and TikTok on connected TVs makes the competitive landscape much more complicated.” After ceding the top spot to TikTok, YouTube now seems determined to play catch-up.

The team behind the initiative is still not entirely sure how adding short-form video to the YouTube experience on TV will be accepted. “It remains to be seen how and when people will consume shorts” — though she told MIT Tech Review, Evans admits. that informal polls and qualitative surveys, plus tests in the Google community, suggest “very positive impressions of Shorts from people watching YouTube on TV”. (YouTube declines to share its own data on the time the average user currently spends watching YouTube content on TV, but pointed to Nielsen data showing that viewers worldwide spent 700 million hours per day for that activity.)

“Will it be a game changer in the living room? Yes and no,” said Rosen. “In the sense that it will make 15-second to 60-second clips a competitor to every legacy media streaming service, and Netflix is ​​betting billions of dollars on the content to be used on the same platforms. that TV. No, because it is not preferred to become a new default consumer. “

Front Mission 1: Remake will have both 'Classic' and 'Modern' modes New Pegasus attacks against Mexican activists and reporters from 2019-2021 discovered using a zero-click exploit, after the new president called Pegasus a thing of the past (The Citizen Lab) 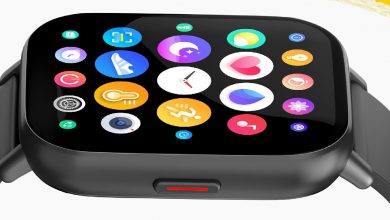