Earlier this season, Argos recovered from the defeat in Winnipeg by beating the Blue Bombers in Toronto’s home opener.

Team Argos was beaten by Hamilton Tiger-Cats on Labor Day and are now looking for a repeat performance with two opponents that will finish at BMO Field this Friday night.

Argonauts head coach Ryan Dinwiddie and his staff did a fantastic job in making all the right adjustments following the team’s defeat in Peg.

The mission facing Argos this week is very similar.

Like Winnipeg emerging on its home turf, the Ticats are the dominant team at Tim Hortons Field.

As Argos matched the Bomber at BMO, Dinwiddie made the switch in midfield by starting Nick Arbuckle, who threw 300 yards, a touchdown and dashed into a key spot on his debut. his in the midfield position.

Arbuckle was brought on as a substitute for McLeod Bethel-Thompson at the Hammers when the game was not much of a disturbance.

During a Zoom call on Wednesday, Dinwiddie said Arbuckle will line up center in the rematch on Friday.

“We’re not going to make Nick a scapegoat,” Dinwiddie said.

Hamilton before seven dominated the game.

Even with the Ticats introducing five players in the box, Argos couldn’t control the flow of the script.

For Toronto to redeem itself on Friday night, it must take control of the line, or at least not allow the Ticats to impose their will.

Offensive captain Philip Blake, a veteran who played injured in all four games, was injured Monday.

It’s payback time for Argos and some players.

There is one opportunistic recipient Ricky Collins Jr., who was on the COVID list last week, which could arrive on Friday.

Free safe start Crezdon Butler, who suffered a concussion Monday, is not okay.

Argos delivered touchdowns in all three periods on Monday.

Hard to believe, Argos needs to be much better.

Against a very good Bombers defence, which dropped six points for Hamilton in the opening game of the season and then seven for Argos in Week 2, Argos ran and threw the ball well and was able to control the tempo by Control ball time.

Scores of 30-22 please the bombers, who have defensive scores behind sacks and strips.

The Ticats made a selection of six on Labor Day.

Dinwiddie said: “We’re not doing very well at the moment. “I don’t care who went back there (at QB). We didn’t get a chance to win the football game based on our product. “

Shortly after Argos lost Labor Day, Dinwiddie and his staff drove back to BMO Field and began disrupting the game video.

“We really understand the sense of urgency,” says Dinwiddie. “That’s the unfortunate part because you want to get the first one and there’s no pressure that we’re feeling right now.

“As an employee, we feel it (pressure). We need to figure out how to win this week.

“The players are getting there. I think they’re licking the wound a bit. We took one on the chin. And sometimes that can happen one of two ways, it’s a wake-up call or we can go out and do the same thing.

“I feel like our boys are a bit humbled by that. We were served a little cake on Monday. “

Toronto will officially announce the match date list on Thursday.

It is reported that Argos will make some changes to the rematch on Friday.

One player worth keeping an eye on is pacemaker Trey Williams, whom Argos signed early last month.

Williams can fly and Argos can use an explosive shot, especially in special teams.

Daniel Braverman is solid and has provided Argos with a decent presence in the second leg, but nothing quite like what Argos has had in the past when it comes to dynamic comebacks.

“We’ll look into it,” Williams’ Dinwiddie said on Friday. “He is discussing whether we should do it now, is it the right time, in a short week for Trey. Are we going to put that kid in a bad position. We’ll see, we’re looking at it, maybe we’ll make a correction there.

“Brave has been pretty solid for us, but we are looking for more explosive games on the pitch. I won’t have an answer for that until (Thursday)”.

Dinwiddie took responsibility for his team’s lack of composure.

“That falls on the head coach,” he said.

It also falls on players, who fall foul of the game, before the game, during the game, and after the game by initiating unnecessary contact or being attacked by the Ticats.

“We lost it,” Dinwiddie said. “We were a bit overwhelmed. I told our boys (after Monday’s loss) how embarrassed I was.

“The way we acted last week, the boys understood we couldn’t do the same again.”

According to Dinwiddie, the Ticats were chirping in Argos, that was their prerogative, because they had won.

“They won that right,” he said. “And we didn’t. Sometimes you have to hit the butt and block out the noise from the other team. We can’t go out and act like a lousy sport and throw tantrums at the end of the game.

“I’m glad they’re sad that we lost, but we have to handle ourselves in a better way.”

Sign up for daily news from Toronto SUN, a division of Postmedia Network Inc.

Thank you for registering!

A welcome email is being sent. If you don’t see it, please check your junk folder.

The next issue of The Toronto Sun Headline News will be in your inbox soon.

We had a problem registering you. Please try again 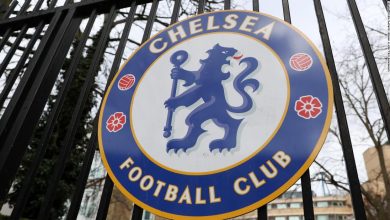 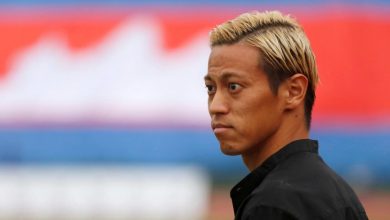 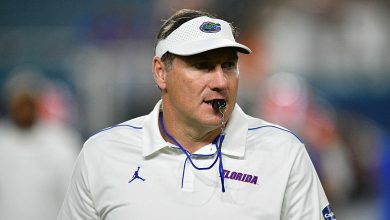 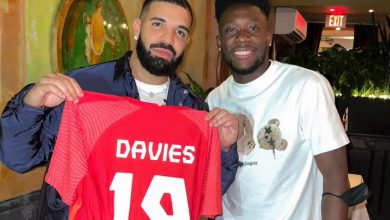